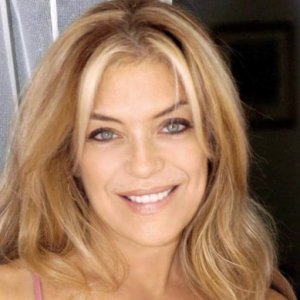 AFI Best Actress nominee Lydia Cornell is an award-winning director; writer and actor. A women and children's advocate whose great-great-grandmother was Harriet Beecher Stowe, Cornell has been Invited to contribute her writings to the International Museum of Peace, which houses letters from Nobel Peace Prize Laureate Mother Teresa and Maya Angelou. Best known for her starring role on ABC's Too Close for Comfort as Emmy legend Ted Knight's daughter 'Sara.'

With over 200 TV shows, episodes and films to her credit, including HBO's Curb Your Enthusiasm. Cornell was honored as Best Director at Los Angeles Movie Awards and Winner of Best Comedy Film at Paramount Studio’s UIFF for the SAG film It's My Decision. She has directed several indie features, plays, and TV pilots. Two of her books are being turned into feature films and TV series, including a book on Stalin, and a comedy series. She is producing a project for Rodenberry and NASA-JPL. She received the Southern California Motion Picture Council's Golden Halo Lifetime Achievement Award and the first Elizabeth Montgomery Humanitarian Award in 2018. Fluent in Spanish, Cornell is also a teen mentor; mother; professor; and recovery expert.

Honored as Best Director at Los Angeles Movie Awards and Winner of Best Comedy Film at Paramount Studio’s UIFF for the SAG film It's My Decision in 2016. She has directed several indie features, plays and TV pilots. Has written a book on Stalin and a comedy series. Best Actress nominee along with Tipi Hedren and Sally Kirkland at Method Fest, Los Angeles for "Miss Supreme Queen. " People's Choice Award for her role as Sara Rush on ABC's Too Close for Comfort.

Interview with Too Close for Comfort cast members.

Add Lydia Cornell to the growing list of gay marriage supporters in Hollywood. The star of 80’s sitcom “Too Close For Comfort” and radio host has recently come out in support of marriage equality in a recent blog post.