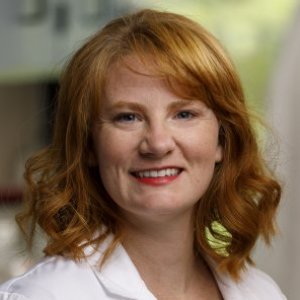 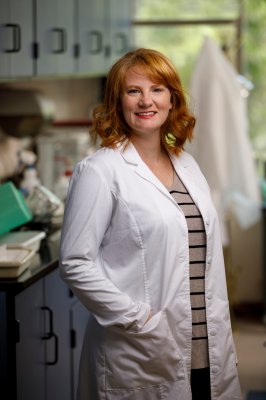 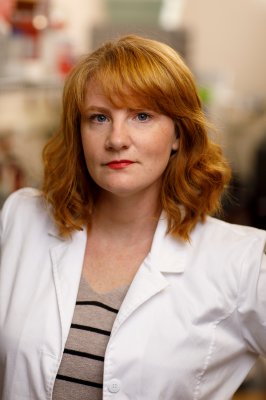 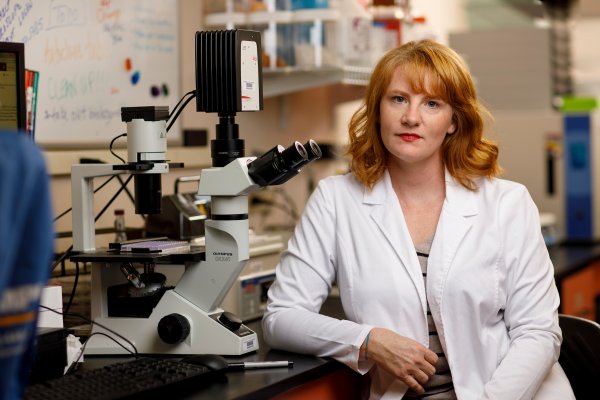 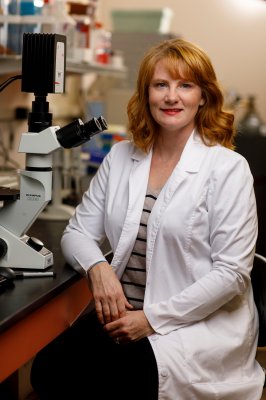 Lyndsay Rhodes is an associate professor of Biology at Florida Gulf Coast University. As a cancer biologist, Rhodes' research focuses on the understanding of the development and progression of breast cancer.

Her research has spanned many areas, including the role of stem cells in tumors, the dysregulation of non-coding RNA, transcriptomics and metabolomics alterations in cancer, animal models of breast cancer, and understanding of cell signaling pathways in cancer progression.

Lyndsay Rhodes talks about Anabella Maria Galang, and her poster presentation at the American Association for Cancer Research's 2018 annual meeting.

FGCU students take on cancer in the classroom and beyond

2018 Triple-negative breast cancer (TNBC) subtypes are clinically aggressive and cannot be treated with targeted therapeutics commonly used in other breast cancer subtypes. The claudin-low (CL) molecular subtype of TNBC has high rates of metastases, chemoresistance and recurrence. There exists an urgent need to identify novel therapeutic targets in TNBC; however, existing models utilized in target discovery research are limited. Patient-derived xenograft (PDX) models have emerged as superior models for target discovery experiments because they recapitulate features of patient tumors that are limited by cell-line derived xenograft methods.

2016 Estrogen receptor alpha (ERα) signaling pathways are frequently disrupted in breast cancer and contribute to disease progression. ERα signaling is multifaceted and many ERα regulators have been identified including transcription factors and growth factor pathways. More recently, microRNAs (miRNAs) are shown to deregulate ERα activity in breast carcinomas, with alterations in both ERα and miRNA expression correlating to cancer progression. In this study, we show that a high expression of Argonaute 2 (AGO2), a translation regulatory protein and mediator of miRNA function, correlates with the luminal B breast cancer subtype. We further demonstrate that a high expression of AGO2 in ERα+ tumors correlates with a poor clinical outcome. MCF-7 breast cancer cells overexpressing AGO2 (MCF7-AGO2) altered ERα downstream signaling and selective ERα variant expression. Enhanced ERα-36, a 36 kDa ERα isoform, protein and gene expression was observed in vitro. Through quantitative polymerase chain reaction (qPCR), we demonstrate decreased basal expression of the full-length ERα and progesterone receptor genes, in addition to loss of estrogen stimulated gene expression in vitro. Despite the loss, MCF-7-AGO2 cells demonstrated increased estrogen stimulated tumorigenesis in vivo. Together with our clinical findings on AGO2 expression and the luminal B subtype, we suggest that AGO2 is a regulator of altered ERα signaling in breast tumors.

2019 Phytoestrogens are commonly found in many plant-based food products, such as legumes and beans, and possess structures similar to estrogens that provides them with an affinity for estrogen receptors. As such, these compounds are able to alter the function of many estrogen-influenced systems including breast, bone, cardiovascular, and reproductive tissues. Studies on phytoestrogens have found both harmful and beneficial health impacts in human and animal models. Here, we focus on a class of phytoestrogens known as stilbenes, including resveratrol and pterostilbene, which have gained popularity as dietary supplements. The effects of stilbenes on embryonic development is an intriguing area of study due to their significant potential for disruption of estrogen signaling. The purpose of the present study was to expand the current scientific knowledge on how phytoestrogens, specifically stilbenes, affect the development and mortality of Danio rerio (zebrafish) embryos. The zebrafish was used as the animal model system for this research due to the wealth of existing data on developmental parameters, as well as the capacity of zebrafish for rapid and readily observable reproductive stages. Embryos were exposed to a series of stilbene compounds in vivo shortly after fertilization, and developmental endpoints and mortality were tracked throughout embryogenesis to functional maturity. Our data identified five stilbene compounds that display significant detrimental effects on embryonic growth and/or mortality rates, demonstrating the need for further studies on the safety of these compounds for human consumption at higher levels.