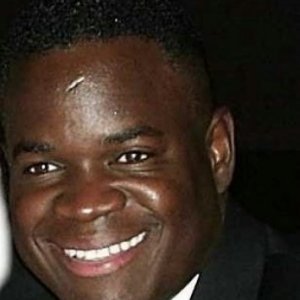 Malik Aziz was born in Chicago, Illinois and currently has residence in Tampa, Florida and Morocco. He has lectured extensively throughout the U.S. He hold a Bachelor’s Degree in History from Northeastern Illinois University. He performed the Pilgrimage (Hajj) to Makkah in 2005 and has travel extensively on fact-finding missions in Africa and to the Middle East. Malik Aziz is an activist in the Black Movement. His activism started in mid-1970 when he joined Youth Organized with Awareness. He is the former Chairman of the National Black United Front-Florida (2003-2007) and is a member of the Executive Board of Directors of International Museum of Muslim Cultures. He is the Co-convener of The Darfur 23, where he is currently active on the ground to create a united Sudan, a united Africa. He is the past founder of The All Afro-Centric Peoples Organization and The Black Think Tank for Liberation. He is the former Chairman of St. Petersburg College Technology Advisory Board. Malik is also the founder of “The Muslim Street” an on-line periodical. In 2009, Mr. Aziz first book “ From The Heart of a Conscience Soul, My love for Naderge” was published through AuthorHouse. He is founding Chairman of the National Black United Front-Florida- is a broad-based organization which includes all social, political, and cultural sections of the Black community (2003-2007). Mr. Aziz Convened The Darfur 23 founded in The Sudan in 2007. The Darfur 23 are a concerned group of Black journalists, educators and professionals embarked on a “fact finding” mission to Darfur to investigate the charges of genocide by the Western Press and associated Governments. He is on the Executive Board of Directors at The International Museum of Muslim Cultures which is dedicated to educating the public about Islamic History and Culture. Located in downtown Jackson's Arts District, the International Museum of Muslim Cultures (IMMC) is the first and only Islamic history museum in the country.
He is also on the Executive Board of Directors, Emerge USA ( www.emerge-usa.org ). He is also the founder of The Muslim Street (www.muslimstreet.net). The Muslim Street is an online periodical created to bring a balanced perspective and voice of the vast Muslim population worldwide. Mr. Aziz is also co-host of the weekly syndicated talk radio show "The Muslim Street" with Laila Abdelaziz.

Mr. Aziz first book “ From The Heart of a Conscience Soul, My love for Naderge” was published through AuthorHouse.

"The Transition of Black Leadership"

"The Transition of Black Leadership"

Malik Aziz delivered the keynote address on "The Transition of Black Leadership". In a ninety-minute lecture and question and answered session, Mr. Aziz laid out the historical framework of Black leadership in America and it's current strengths and weaknesses. As in every lecture, Mr. Aziz offers a "solutions only segment" where is called for the "The Transition of Black Leadership".