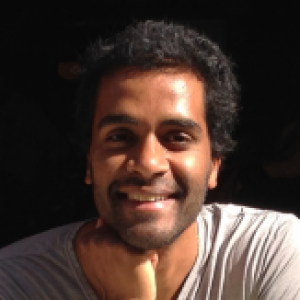 Prior to his arrival at UC Hastings, Viswanathan was a clinical teaching fellow and lecturer at Yale Law School, where he co-taught the Community and Economic Development clinic, and worked as a tax associate with Skadden, Arps, Slate, Meagher, & Flom LLP's New York City office.

He received his LLM and J.D. from New York University School of Law, and undergraduate and graduate degrees from the Massachusetts Institute of Technology.

The Regulation of Tax Exempt Organizations

Awarded for most outstanding note for the NYU Law Review in international, commercial, or public law

UC Hastings is pleased to announce that Manoj Viswanathan is joining the faculty as an Associate Professor of Law...

How We Tax (letter to the editor)

Alec MacGillis, in his article on the billionaire philanthropist David Rubenstein, shows how the carried-interest loophole in tax law has allowed Rubenstein and others to accumulate vast amounts of wealth (“The Billionaires’ Loophole,” March 14th)...

Commentary on California Propositions 55 and 56

Commentary on California Propositions 55 and 56.

California Can Preserve State and Local Tax Deduction, Even If Congress Ends It

If Republicans’ tax overhaul passes next week, California taxpayers are likely to lose many of the state and local deductions that saved them more than $100 billion on their taxes in 2015. But legislative staffers and tax law experts are already gaming out ways to adjust the state’s tax code to offset the loss of those deductions and counter other changes to federal taxes...

Whether you love or hate the tax bill soon to receive President Trump’s signature, knowing about its hidden problems and opportunities could play a major role in determining everything from your own personal finances to the outcome of the 2018 elections...

You may never have considered your state government or local school district to be a charity needing your donation, but you might want to start thinking that way if the Republicans follow through on their plans to demolish the traditional federal deduction for state and local taxes...

Our Local Legislators Can Preserve the State and Local Tax Deduction

Our mid-Peninsula state legislators should step up and repair some of the damage that will be done by the Republican tax bill Congress intends to send to President Trump...

What the New Tax Law Means for Your Holiday Giving

A discussion of how the TCJA could affect how much Americans give as they weigh making end-of-year donations.

The Hidden Costs of Cliff Effects in the Internal Revenue Code

Cliff effects in the Internal Revenue Code trigger a sudden increase of federal tax liability when some attribute of a taxpayer—most commonly income—exceeds a particular threshold value. As a result, two taxpayers in nearly identical economic situations can face considerably different tax liabilities depending on which side of the triggering criterion they fall. The magnitude of the equity and efficiency costs associated with cliff effects is significant: cliff effects are attached to tax provisions amounting to hundreds of billions of dollars, the majority of which are targeted at low- and moderate-income taxpayers...

Form 1023-EZ and the Streamlined Process for the Federal Income Tax Exemption: Is the IRS Slashing Red Tape or Opening Pandora's Box?

On July 1, 2014, the Internal Revenue Service (IRS) released Form 1023-EZ, a streamlined version of the application required of all organizations seeking federal tax-exempt status under section 501(c) of the Internal Revenue Code. By stripping away familiar elements like the narrative of specific activities, financial projections, and provision of organizing documents, Form 1023-EZ requires dramatically less time to complete and represents a radical change to a decades-old process...

Sunset provisions in the tax code: A critical evaluation and prescriptions for the future

In this Note, the author argues that sunset provisions associated with tax legislation are, in their current form, the product of political maneuvering designed to bypass budgetary constraints and are exploited as a means of enacting what is, in reality, permanent legislation...

From Business Tax Theory to Practice

The past decade has seen a dramatic increase in the number of business law clinics in legal academia. This increase in clinical transactional courses has not, however, resulted in a congruent rise in transactional tax clinical offerings. Although tax issues, including federal, state, and local tax matters, are an integral consideration in nearly every business transaction, most business law clinics explicitly exclude tax representation from their client services...

Tax Compliance in a Decentralizing Economy

Tax compliance in the United States has long relied on information from centralized intermediaries—the financial institutions,employers, and brokers that help ensure income is reported and taxes are paid. Yet while the IRS remains tied to these centralized entities,consumers and businesses are not. New technologies, such as sharing economy platforms (companies such as Airbnb, Uber, and Instacart)and the blockchain (the platform on which various cryptocurrencies are based) are providing new, decentralized options for exchanging goods and services...

The Games They Will Play: Tax Games, Roadblocks, and Glitches under the 2017 Tax Legislation

Several states are considering new tax credits that would reduce tax liability based on donations made by a taxpayer in support of various state programs. In general, taxpayer contributions to qualifying organizations — including public charities and private foundations, as well as federal, state, local, and tribal governments — are eligible for the federal charitable contribution deduction under section 170. In our previous article, we explained how current law supports the view that qualifying charitable contributions are deductible under section 170, even when the donor derives some federal or state tax benefit by making the donation. We referred to this treatment as the “full deduction rule.”...

The Tax Cuts and Jobs Act, enacted in December 2017, places a $10,000 limit on the federal deduction for payments of state and local taxes (“SALT”). Several states with high numbers of adversely affected taxpayers have proposed or enacted legislative workarounds to this new cap. Much has been said about these state-level responses, but there has been little analysis of local-level effects or of how local governments could similarly respond. This essay addresses that gap by (1) statistically modeling the number of taxpayers affected by the SALT deduction limitation at a ZIP-code-by-ZIP-code (rather than state-by-state) level, and (2) proposing locality-based strategies relevant to taxpayers throughout the U.S., and not just those living in highly affected states. A hyperlocal analysis provides several key insights. First, although blue states are generally more affected by the SALT deduction limitation, many solidly red states contain high concentrations of affected taxpayers. Focusing on statewide effects masks the extent to which large numbers of affected taxpayers exist in seemingly unaffected areas. Second, although recent SALT workarounds have focused on state income taxes, there is ample opportunity for mitigating the effects of the SALT deduction limitation by focusing instead on property taxes. This would allow cities or counties, rather than states, to implement SALT workarounds tailored to their residents. This is especially relevant for taxpayers in states without a personal income tax. Third, SALT workarounds focusing on property taxes recoup more lost SALT deductions (on a percentage basis) for middle class taxpayers than for the wealthy, possibly giving these workarounds some bipartisan appeal.