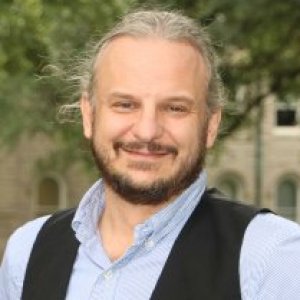 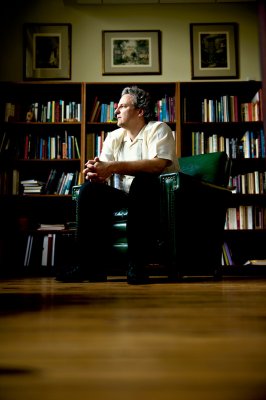 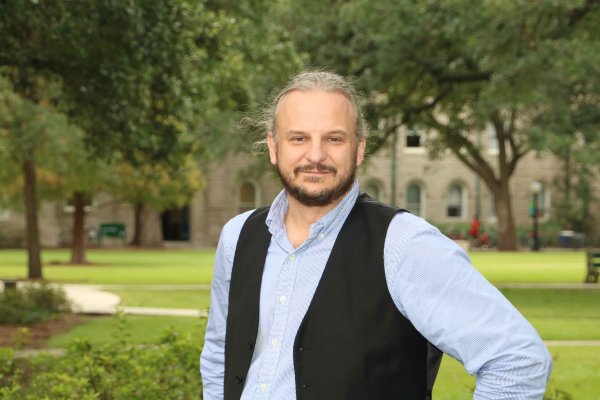 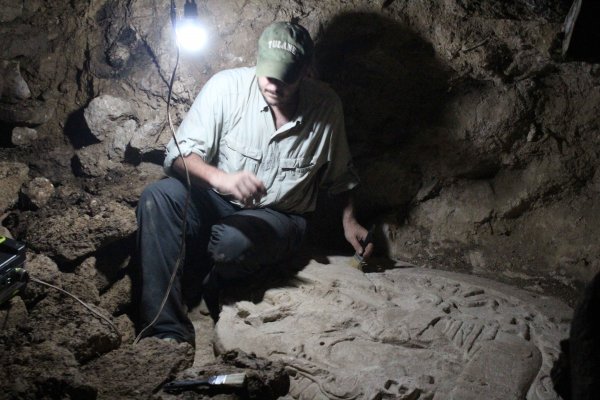 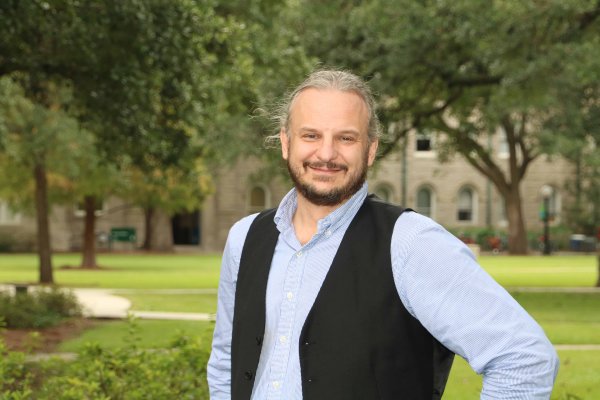 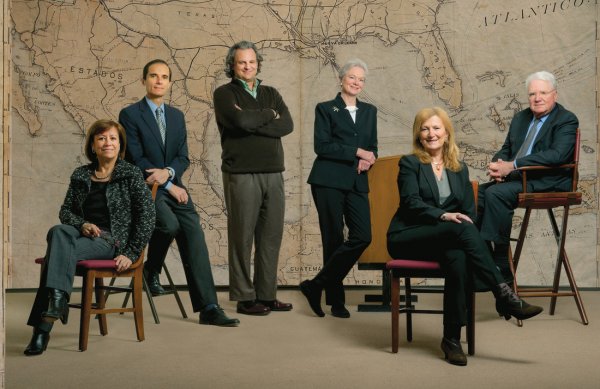 Marcello A. Canuto is currently Director of the Middle American Research Institute and Professor of Anthropology at Tulane University. He received his Bachelor of Arts degree from Harvard University in 1991 and his Ph.D. from the University of Pennsylvania in 2002. Before coming to Tulane in 2009, he was an Assistant Professor at Yale University.

He has undertaken archaeological excavations in the Maya region, South America, India, North Africa and the northeast United States. His primary research interest in the Maya area has been on the integrative mechanisms that the ancient Maya used to build and maintain a socio-politically complex society throughout both the Preclassic and Classic periods. More broadly, his interests include household and community dynamics, the development of socio-political complexity in ancient societies, the definition of identity through material culture and the modern social contexts of archaeology in Mesoamerica. His past research in Honduras investigated the nature of ethnic diversity at Copan. He now co-directs a project in the understudied Northwest Peten, Guatemala where he investigates the construction of social categories and the mechanisms by which complex socio-political organizations develop and were maintained.

Among many publications are the edited volumes "The Regimes of the Ancient Maya" (in preparation with Cambridge, 2019), "Understanding Early Classic Copan: New Research and New Themes" (University of Pennsylvania, 2004) and "The Archaeology of Communities: A New World Perspective" (Routledge, 2000). He also serves on the U.S. Board of the Universidad del Valle Guatemala.

Research Grant, The Development of the Regional Political System among the Maya. Alphawood Foundation

Certificate of Recognition, Office of the Mayor, City of New Orleans

The ancient Maya never used the wheel or beasts of burden, yet “this was a civilization that was literally moving mountains,” said Marcello Canuto, a Tulane University archaeologist and National Geographic Explorer who participated in the project. “We’ve had this western conceit that complex civilizations can’t flourish in the tropics, that the tropics are where civilizations go to die,” said Canuto, who conducts archaeological research at a Guatemalan site known as La Corona. “But with the new LiDAR-based evidence from Central America and [Cambodia’s] Angkor Wat, we now have to consider that complex societies may have formed in the tropics and made their way outward from there"...

“The rains were coming, and we realized we wouldn’t have enough time to deal with it,” said Marcello A. Canuto, a Tulane University professor and director of the university's Middle American Research Institute who co-led the team. “We work in an area that is inaccessible. … It takes six hours to get to our site on dirt roads during the dry season. When it gets wet, transportation becomes almost impossible (and) it would’ve taken another month to excavate"...

Two Tulane researchers, Marcello A. Canuto and Francisco Estrada-Belli, were part of a team of researchers, including assistant professor of anthropology Thomas Garrison at Ithaca College and other scholars who made the discovery in the Petén forest of Guatemala, originally announced in February 2018.

A team of archaeologists co-led by Tulane University professor Marcello A. Canuto have discovered a 1,500-year-old carved limestone altar at a site called La Corona located in the jungle of northern Guatemala...

"The discovery of this altar allows us to identify an entirely new king of La Corona who apparently had close political ties with the capital of the Kaanul kingdom, Dzibanche, and with the nearby city of El Peru-Waka," Marcello Canuto, director of the Middle American Research Institute at Tulane University and co-director of the La Corona Regional Archaeological Project (PRALC), said in a statement...

Lidar (a type of airborne laser scanning) provides a powerful technique for three-dimensional mapping of topographic features. It is proving to be a valuable tool in archaeology, particularly where the remains of structures may be hidden beneath forest canopies. Canuto et al. present lidar data covering more than 2000 square kilometers of lowland Guatemala, which encompasses ancient settlements of the Classic Maya civilization (see the Perspective by Ford and Horn). The data yielded population estimates, measures of agricultural intensification, and evidence of investment in landscape-transforming infrastructure. The findings indicate that this Lowland Maya society was a regionally interconnected network of densely populated and defended cities, which were sustained by an array of agricultural practices that optimized land productivity and the interactions between rural and urban communities.

Impacts of Climate Change on the Collapse of Lowland Maya Civilization

2016 Paleoclimatologists have discovered abundant evidence that droughts coincided with collapse of the Lowland Classic Maya civilization, and some argue that climate change contributed to societal disintegration. Many archaeologists, however, maintain that drought cannot explain the timing or complex nature of societal changes at the end of the Classic Period, between the eighth and eleventh centuries ce. This review presents a compilation of climate proxy data indicating that droughts in the ninth to eleventh century were the most severe and frequent in Maya prehistory. Comparison with recent archaeological evidence, however, indicates an earlier beginning for complex economic and political processes that led to the disintegration of states in the southern region of the Maya lowlands that precedes major droughts. Nonetheless, drought clearly contributed to the unusual severity of the Classic Maya collapse, and helped to inhibit the type of recovery seen in earlier periods of Maya prehistory. In the drier northern Maya Lowlands, a later political collapse at ca. 1000 ce appears to be related to ongoing extreme drought. Future interdisciplinary research should use more refined climatological and archaeological data to examine the relationship between climate and social processes throughout the entirety of Maya prehistory.

Continuities and Changes in Maya Archaeology

Perspectives at the Millennium

2014 As early as 1904, Franz Boas succinctly described Anglo-American anthropology’s innate dualism: “We find in anthropology two distinct methods of research…the historical method which endeavors to reconstruct the actual history of mankind, [and] the generalizing method which attempts to establish the laws of its development” (Boas 1974[1904]:24; our italics). Insofar as Maya archaeology has belonged to this intellectual tradition, it too has engaged in a century-long struggle between historical and generalizing tendencies. The study of Classic Maya sociopolitical integration has long been riven by this polemic, as research has tended to produce either unitary models based on the history of polity centers or segmentary models generalized from settlement analysis. This struggle of Boasian proportions has fostered the proliferation of other dichotomies as well, such as political versus domestic economy, monumental versus residential architecture, political center versus rural hinterland, that have inhibited a holistic study of mechanisms of sociopolitical integration in Classic Maya society.

Let no space go to waste: comparing the uses of space between two Late Classic centers in the El Paraíso valley, Copan, Honduras

2010 Phosphorus analysis of earthen and plaster floors has been used in Mesoamerica to locate and identify activities at ancient sites. This study uses phosphorus analysis to discern if the inhabitants of two Late Classic coeval and proximal sites located in the El Paraíso Valley of Honduras were different culturally from each other. The buried earthen and plaster surfaces of both sites were systematically sampled and analyzed for phosphorus remains. The patterns of elevated phosphorus from these open spaces were subsequently compared to determine if differences in the habitual use and treatment of open spaces could be discerned. These differences are evaluated as a function of behavioral norms, functional responses, and cultural dispositions in order to evaluate the extent to which these two populations were indeed different from each other.

2009 Archaeological research within the Classic Maya center of Copan and in its surrounding rural regions has generated new data relating to the periods both preceding and following the center’s Classic period dynasty. Recent excavations at both Late Preclassic and Early Postclassic settlements have revealed more similarities between the inhabitants of these two “non-Classic” time periods than to the inhabitants of the intervening and better known Classic period. We explore this striking set of similarities in terms of settlement pattern, spatial organization, architecture, material culture, and ritual deposits and spaces. We suggest that the similarities between the Copan region’s Late Preclassic and Early Postclassic populations and their mutual differences with intervening Classic period peoples reflecta cultural connection between these two populations.

Early Classic Architecture Beneath the Copan Acropolis: A Research Update

1999 Excavations beneath the Copan Acropolis provide the most complete record known for the origins and development of an Early Classic Maya royal complex (ca. a.d. 420–650). Beginning at the time of the historically identified dynastic founder, the earliest levels include the first royal compound, centered on a small talud-tablero platform, a vaulted tomb that may be that of the founder, and an adjacent tomb that may be that of the founder's wife and dynastic matriarch. The timing and development of architecture provide evidence of the founding and growth of Copan as the capital of a Classic-period polity during the reigns of the first seven kings (a.d. 426–544). By the reigns of Rulers 8–11 (a.d. 544–628), the Early Classic Acropolis covered about the same area as its final version in the Late Classic. Documentation of specific Acropolis buildings provides evidence of the external connections that reinforced the authority of Copan's Early Classic kings. Building sequences reflect the perpetuation of political power by using important locations as symbolic links to the sacred past. The Early Classic Acropolis also provides new evidence for the beginnings of palace architecture that have important implications for the origins of Maya state-level organizations. Overall, the findings from the Early Classic Copan Acropolis promise to significantly advance our understanding of the origins and development of Maya state systems.