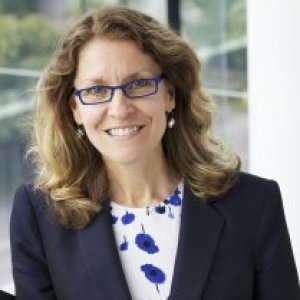 
Champion for creating, advancing and sharing knowledge about nature's past, present and future. 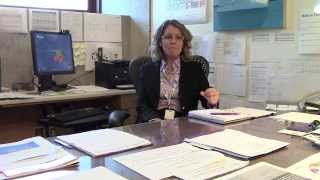 On June 6, 2011, Meg Beckel began her five-year appointment as President & CEO of the Canadian Museum of Nature. Beckel joins a team of passionate and committed individuals dedicated to the museum’s vision to inspire understanding and respect for nature. Prior to joining the Museum Meg was Vice-President, External Relations at the University of Waterloo for four years and Chief Operating Officer of the Royal Ontario Museum for nine years.

Beckel began her professional career at the Bank of Nova Scotia where she served as Officer in Charge of Operations and as Assistant Manager, Corporate Banking before moving to the National Ballet of Canada in 1986, where she began a career in fundraising and external relations in the arts and education sector.

http://www.ottawalife.com/tag/top-25/ This year, it’s all about leadership. Kevin Page brought new credibility to the independence of Parliamentary institutions. Industry Minister James Moore is fighting for everyday consumers. Mike MacDonald –Beverley McLaughlin needs no intro…you get the picture. These people are truly worth reading about in this, the 13th year of the new millennium.

Nunavut Artifacts to come to Museum of Nature

Thousands of Nunavut-owned artifacts will travel across the country next year to their new — but temporary — home at the Canadian Museum of Nature in Ottawa. The Government of Nunavut said Aug. 4 that it’s signed a five-year lease with the museum to host the territory’s archival collections, which total about 140,000 items. Through separate agreements, the Canadian Museum of Nature has curated Nunavut’s fossil collections since 2003 and in 2012, became the territory’s designated holding facility for archaeological collections gathered through GN-issued permits. For its part, the presence of those artifacts will promote the museum’s “long-standing leadership in Arctic research and exploration,” said the museum’s president and CEO, Meg Beckel, in the same release.

Installation of a towering stainless-steel sculpture inspired by icebergs began on Monday on the grounds of the Canadian Museum of Nature. Designed by artist and adventurer Bill Lishman, the work will serve as the focal point for the tundra section of the museum’s new Landscapes of Canada Gardens, an outdoor botanical exhibit nearing completion. Handout/The Canadian Press Handout/The Canadian Press"I have every hope my work will bring a semblance of the awe felt by most who experience the vast reality of the Canadian Arctic," Lishman says. The 13-metre-high sculpture will be “a vivid reminder of the Arctic as one of Canada’s significant natural environments,” said museum president and CEO Meg Beckel. The permanent installation includes five large components as well as smaller pieces representing ice chunks. Landscapers will lay down granite and limestone rocks as well as Arctic plants to complete the tundra component of the gardens, which also include boreal forest and prairie grassland zones.

Talking about the Arctic: Insights from Museum Directors

As directors leading major museums, this meeting is one of the few opportunities to look beyond our hectic daily responsibilities—administration, fundraising and problem-solving—to take a global look at our work. We focussed on how museums can take concrete action to contribute more to global knowledge and dialogue about the changing Arctic environment.

Natural Capital, It's time has come!

At the recent World Forum on Natural Capital in Edinburgh, Scotland I noticed a change in clothing. The concept of “Natural Capital” has been around for decades. What has changed is who is paying attention now. There were far more suits than at any other nature conservation conference I have attended.