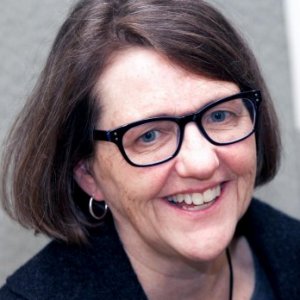 
Professor Rubega is an expert in the functional ecology of feeding in birds and the anatomy, and biomechanics, performance of wild birds.

Professor Rubega is an expert on monk parakeets; chimney swifts; hummingbirds; use of social media in science education. She researches the biomechanics of foraging and feeding, including the feeding by hummingbirds and other nectarivores.

Functional Ecology of Feeding in Birds

Fake chimneys for birds that need vertical hollows to rest

But University of Connecticut professor Margaret Rubega, who is also the Connecticut state ornithologist, thinks the birds’ decline is likely rooted in South America. “Chimney swifts are fundamentally a South American bird that visits North America for four months,” she said. Rubega said a big problem is that scientists have only a few reports of small numbers of chimney swifts in the upper Amazon Basin, so they don’t really know where they winter, let alone what may be happening to them there.

The Hummingbird as Warrior: Evolution of a Fierce and Furious Beak

At about the same time, Margaret A. Rubega, an evolutionary biologist at the University of Connecticut, published a paper in Nature on the way...

Migration Is For The Birds!

Margaret Rubega - Connecticut State Ornithologist and Professor in the Department of Ecology and Evolutionary Biology at UConn.

Hummingbirds Are Where Intuition Goes to Die

When Margaret Rubega first read about how hummingbirds drink, she thought to herself: That can’t possibly be right. Hummingbirds drink nectar using tongues that are so long that, when retracted, they coil up inside the birds’ heads, around their skulls and eyes. At its tip, the tongue divides in two and its outer edges curve inward, creating two tubes running side by side. The tubes don’t close up, so the birds can’t suck on them as if they were straws. Instead, scientists believed that the tubes are narrow enough to passively draw liquid into themselves...

"I was able to bring in the state ornithologist, Margaret Rubega, who is a professor at UConn, to give a talk," said Longmore. "Chimney swifts spend most of their time in the air. They can't perch like regular birds, but they have the ability to cling to the rough sides of chimneys. They make nests by breaking off the tips of twigs on branches and then gluing them together with their saliva..."

2014 A familiar component of the eastern North American avifauna, this small, agile, fast-flying aerial insectivore is easily identified by its characteristic “cigar on wings” profile. It breeds throughout much of southern Canada east of Saskatchewan, south through Texas and all states to the east, and more recently California.

The anatomy of a shrike bite: bill shape and bite performance in Loggerhead Shrikes

Biological Journal of the Linnean Society

2014 We examined the relationship between bill morphology and bite performance in Loggerhead Shrikes (Lanius ludovicianus), small passerines with raptorial bills. Shrikes feed on arthropods and vertebrates, and our aim was to understand how upper bill shape and jaw performance are integrated to meet the demands of their phenotypically diverse prey.

Morphometric tools for sexing California populations of Loggerhead Shrikes based on DNA analysis.

2014 We describe a mophometric technique for distinguishing the sexes of loggerhead shrikes.