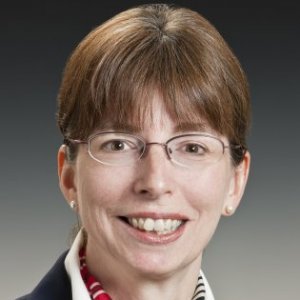 Margaret Stock is a lawyer and professor who practices US immigration and citizenship law, and was named a MacArthur Foundation Fellow in 2013 by the John D. & Catherine T. MacArthur Foundation. She is a nationally known expert on immigration and national security issues, and has testified regularly before Congressional committees on immigration, homeland security, and military matters. As a retired Lieutenant Colonel in the Military Police, U.S. Army Reserve, Margaret has extensive experience with U.S. military issues. She has also worked as a professor at the United States Military Academy at West Point, and she served as an adjunct instructor at the University of Alaska. Margaret has served as a member of the American Bar Association Commission on Immigration. She regularly authors articles on immigration issues such as Birthright Citizenship. She has also published the book "Immigration Law and the Military," which is available from the American Immigration Lawyers Association.

On September 24, 2013, MacArthur named its 2013 class of MacArthur Fellows, recognizing 24 exceptionally creative individuals with a track record of achievement and the potential for even more significant contributions in the future. Fellows will each receive a no-strings-attached stipend of $625,000 (increased from $500,000) paid out over five years. Without stipulations or reporting requirements, the Fellowship provides maximum freedom for recipients to follow their own creative vision.

When Your Client Fights for Uncle Sam: Immigration Law & the Military

The Republican Case for Immigration Reform

Myths, Traps, and Absurdities in Our Immigration Laws

Aristotle reportedly said that "law is reason, free from passion," and underlying premise of "the law" is that it generally makes sense and reflects reasonable rules that should govern society. When it comes to immigration law, however, the opposite is often the case: As the speaker will demonstrate, it might fairly be said that immigration law is "passion, free from reason." Margaret Stock will explain how her passion for immigration law led to her being named a 2013 MacArthur Fellow.