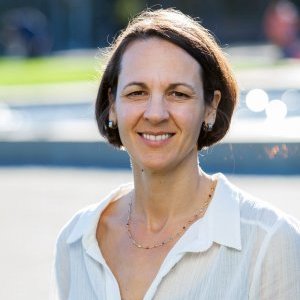 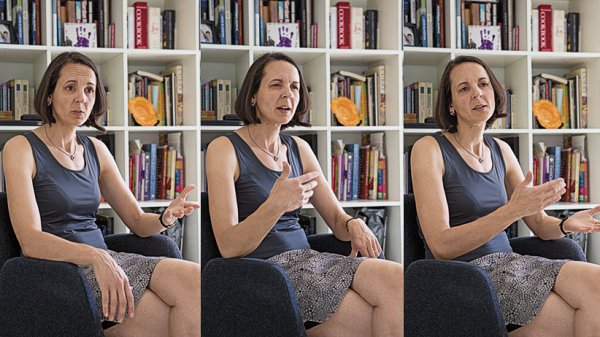 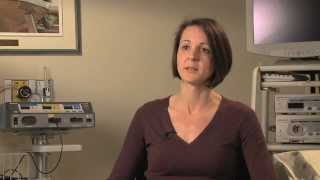 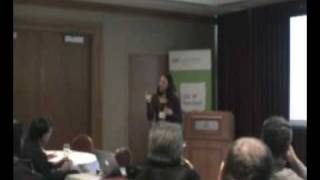 Dr. Mariana Brussoni is an Associate Professor in the Department of Pediatrics and the School of Population and Public Health at the University of British Columbia. She is a scientist with the Child and Family Research Institute and the BC Injury Research & Prevention Unit. Mariana is also a board member of the Child & Nature Alliance of Canada. Trained as a developmental psychologist, Mariana investigates child injury prevention. Current research interests include the influence of geographic, cultural and social places on parenting related to risk and safety; developmental importance of children’s risky play; the impact of injury on children’s health related quality of life; injuries in Aboriginal populations; and, injury surveillance.

"Depressive symptoms like looking sad or not smiling much went down after the modifications. The videos showed kids much more engaged in play and engaged in positive ways with each other," said co-researcher Mariana Brussoni, an associate professor in UBC’s school of population and public health and pediatrics, and a scientist at B.C. Children’s Hospital, in a release...

"Depressive symptoms like looking sad or not smiling much went down after the modifications. The videos showed kids much more engaged in play and engaged in positive ways with each other," said co-researcher Mariana Brussoni, an associate professor in UBC's school of population and public health and pediatrics, and a scientist at the Child & Family Research Institute at B.C. Children's Hospital...

Children aged 2 to 5 were observed before and after sand, grass, bamboo shoots and water features were strategically placed in previously sparse daycare centre playgrounds. Visible displays of depressive symptoms – such as frowning and appearing sad – were rated by researchers using two standardized questionnaires, said Mariana Brussoni, study co-researcher and professor in the University of British Columbia’s faculty of medicine...

Mariana Brussoni, who teaches in UBC’s School of Population and Public Health, said she is pleased to see local municipalities include natural play features in their playground designs in an effort to reintroduce risk into children’s play ...

Mariana Brussoni, an associate professor at the University of British Columbia's school of population and public health, says taking risks helps children develop. "It's about figuring out what you're capable of," she said. "The hope is to raise a generation of kids that feel comfortable with trying new things and being creative, and feel comfortable failing."...

Richmond Made A Playground Risky. Now Another Community Is Following Suit

Mariana Brussoni, a scientist in the British Columbia Injury Research & Prevention Unit at the Child & Family Research Institute at BC Children's Hospital not affiliated with the study, tells the Monitor, "I know the Canadian situation quite intimately, but it was heartening to see that we're seeing patterns of most injuries going down right across the world."...

Mariana Brussoni with the School of Population and Public Health at UBC says previous research done by a colleague found equipment was only being used about 13 per cent of the time. Brussoni put natural elements like bamboo plants and sand in the two worst quality sites the other researcher had looked at, and she found a greater number of kids were more engaged...

“We found that play environments where children could take risks promoted increased play time, social interactions, creativity and resilience,” said Mariana Brussoni, lead author of the study, and assistant professor in UBC’s School of Population and Public Health and Department of Pediatrics. “These positive results reflect the importance of supporting children’s risky outdoor play opportunities as a means of promoting children’s health and active lifestyles.”...

Playing with Fire: How much risk should we expose our kids to?

The State of Play: Socio-ecological perspectives on children’s outdoor play

Beyond physical activity: The importance of play and nature-based play spaces for children’s health and development

An evaluation of evidence-based pediatric injury prevention policies in Canada

2015 Policies to reduce injury among Canadians can be controversial and there is variability in the enactment of injury prevention laws across the country. In general, laws are most effective when they are based on good research evidence, supported by widespread public awareness and education, and maintained by consistent enforcement strategies.

2015 A diverse, cross-sectorial group of partners, stakeholders and researchers, collaborated to develop an evidence-informed Position Statement on active outdoor play for children aged 3–12 years. The Position Statement was created in response to practitioner, academic, legal, insurance and public debate, dialogue and disagreement on the relative benefits and harms of active (including risky) outdoor play.

What is the relationship between outdoor time and physical activity, sedentary behaviour, and physical fitness in children? A systematic review

2015 The objective of this systematic review was to examine the relationship between outdoor time and: (1) physical activity, (2) cardiorespiratory fitness, (3) musculoskeletal fitness, (4) sedentary behaviour; or (5) motor skill development in children aged 3–12 years. We identified 28 relevant studies that were assessed for quality using the GRADE framework.

2015 Children and youth worldwide are at high risk of injury resulting in morbidity, disability or mortality. Disparities in risk exist between and within countries, and by sex and ethnicity. Our aim is to contribute data on disparities of injury rates for Aboriginal children and youth compared with those of the general population in British Columbia (BC), Canada, by examining risks for the two populations, utilizing provincial administrative data over a 24-year period.

Play worth remembering: Are playgrounds too safe?

Research on children's outdoor play environments has found that safety has become the key driver of play space design, and that children's free play with natural elements has decreased with time. Adults reflecting upon their own childhood frequently recall playing on their own and in natural settings. In order to better understand the types of landscapes that people considered memorable for play and if these landscapes offered beneficial challenges, we asked participants in an online survey to recall their favorite outdoor play spaces and the elements contained in these spaces, to describe the benefits they received by playing in these places and to consider if they were safe play spaces. Of the 592 respondents, 69 percent found today's playgrounds too safe. When recollecting their own childhood, 59 percent of participants preferred natural play spaces, compared to 14 percent who preferred spaces designed specifically for play (like a traditional playground). The results suggest public support for rethinking the design of children's outdoor play spaces to include more challenging play opportunities, natural elements, and access to unstructured play areas.

What is the relationship between risky outdoor play and health in children? A systematic review

Risky outdoor play has been associated with promoting children’s health and development, but also with injury and death. Risky outdoor play has diminished over time, concurrent with increasing concerns regarding child safety and emphasis on injury prevention. We sought to conduct a systematic review to examine the relationship between risky outdoor play and health in children, in order to inform the debate regarding its benefits and harms. We identified and evaluated 21 relevant papers for quality using the GRADE framework. Included articles addressed the effect on health indicators and behaviours from three types of risky play, as well as risky play supportive environments. The systematic review revealed overall positive effects of risky outdoor play on a variety of health indicators and behaviours, most commonly physical activity, but also social health and behaviours, injuries, and aggression. The review indicated the need for additional “good quality” studies; however, we note that even in the face of the generally exclusionary systematic review process, our findings support the promotion of risky outdoor play for healthy child development. These positive results with the marked reduction in risky outdoor play opportunities in recent generations indicate the need to encourage action to support children’s risky outdoor play opportunities. Policy and practice precedents and recommendations for action are discussed.

Aboriginal people in British Columbia (BC), especially those residing on Indian reserves, have higher risk of unintentional fall injury than the general population. We test the hypothesis that the disparities are attributable to a combination of socioeconomic status, geographic place, and Aboriginal ethnicity. Our findings showed that Aboriginal ethnicity is not an independent risk marker: it modifies the effects of socioeconomic factors. Closing the gap in fall injury risk between the general and Aboriginal populations is likely achievable by closing the gaps in socioeconomic conditions.