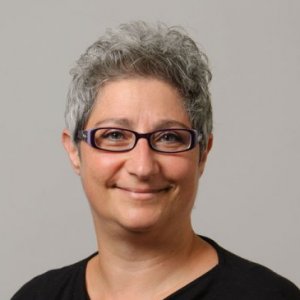 Dr. Coppola studies language acquisition and language creation as well as the relationship between language and cognition, as revealed by D/deaf individuals who vary in their experience with language. She is particularly interested in how early exposure to language fosters typical development in social cognition and numerical cognition.

Established in 1996, the PECASE award is the highest honor bestowed by the U.S. government to outstanding scientists and engineers in the early stages of their research careers. 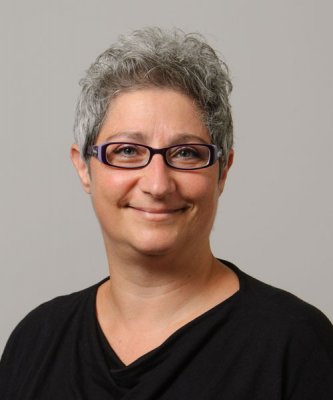 When disease disrupts a degree

Some find that academic culture works in their favor. Marie Coppola, an assistant professor of psychology at the University of Connecticut in Storrs and adviser to a student who underwent a cancer diagnosis and treatment, sees academia as being a more accepting work environment than industry when it comes to taking time off for medical reasons. “Everyone in academia is aware that your energy for projects ebbs and flows, so it’s much more flexible,” she says...

Tuning in to deaf needs

Similarly, most deaf graduate students are the only ones in their class, which makes interacting with peers to form social relationships difficult, says Marie Coppola, an assistant professor of psychology at the University of Connecticut, Storrs. Coppola is a hearing professor who has advised Bridges graduates. “When I was a graduate student, I certainly learned easily as much from my peers as I did from my professors,” she says. “That part of [deaf students’] training is lessened, but also just the camaraderie and social support that’s really necessary for graduate students to succeed is not as available to them.”...

2017 Constructivist accounts of language acquisition maintain that the language learner aims to match a target provided by mature users. Communicative problem solving in the context of social interaction and matching a linguistic target or model are presented as primary mechanisms driving the language development process. However, research on the development of homesign gesture systems by deaf individuals who have no access to a linguistic model suggests that aspects of language can develop even when typical input is unavailable.

Visible social interactions do not support the development of false belief understanding in the absence of linguistic input: Evidence from deaf adult homesigners

2017 Congenitally deaf individuals exhibit enhanced visuospatial abilities relative to normally hearing individuals. An early example is the increased sensitivity of deaf signers to stimuli in the visual periphery (Neville and Lawson, 1987a). While these enhancements are robust and extend across a number of visual and spatial skills, they seem not to extend to other domains which could potentially build on these enhancements.

Is it language (yet)? The allure of the gesture-language binary

2017 Goldin-Meadow & Brentari (G-M&B) challenge the traditional separation between gestural and categorical language by modality, but they retain a binary distinction. However, multiple dimensions, particularly discreteness and combinatoriality, better carve up the range of linguistic and nonlinguistic human communication. Investigating transformation over time along these dimensions will reveal how the nature of language reflects human minds, rather than the world to which language refers.

Handshape complexity as a precursor to phonology: Variation, Emergence, and Acquisition

2016 In this article two dimensions of handshape complexity are analyzed as potential building blocks of phonological contrast—joint complexity and finger group complexity. We ask whether sign language patterns are elaborations of those seen in the gestures produced by hearing people without speech (pantomime) or a more radical reorganization of them. Data from adults and children are analyzed to address issues of cross-linguistic variation, emergence, and acquisition.

Forging a morphological system out of two dimensions: Agentivity and number

2015 Languages have diverse strategies for marking agentivity and number. These strategies are negotiated to create combinatorial systems. We consider the emergence of these strategies by studying features of movement in a young sign language in Nicaragua (NSL). We compare two age cohorts of Nicaraguan signers (NSL1 and NSL2), adult homesigners in Nicaragua (deaf individuals creating a gestural system without linguistic input), signers of American and Italian Sign Languages (ASL and LIS), and hearing individuals asked to gesture silently. We find that all groups use movement axis and repetition to encode agentivity and number, suggesting that these properties are grounded in action experiences common to all participants.