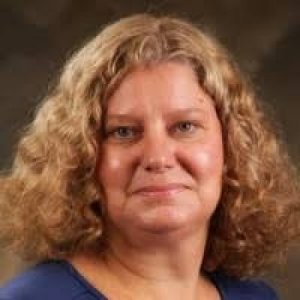 
Marieke Van Willigen writes about the mental and physical health of adolescents, women and disaster survivors.

Dr. Van Willigen earned her BA from Ithaca College in upstate New York and her MA and PhD in Sociology from The Ohio State University. She then spent 19 years as a faculty member at East Carolina University in Greenville NC. During that period she served as Undergraduate Director, Women’s Studies Director, Interim Chair, and Associate Dean. She joined the faculty at Georgia Southern University in 2015 as Professor and Chair. Her research and teaching interests lay at the intersections of gender, mental/physical health, and the sociology of adolescence. She has also spent 15 years teaching social statistics to terrified undergraduate and graduate students, and counted herself as successful when they left class most days with a smile on their faces.

The Open Door Award by the ECU Undergraduate Sociology Society

2012 INTRODUCTION: Previous studies have identified a number of demographic characteristics (e.g., age, income, level of education, household composition, and race or ethnicity) that affect hurricane evacuation. However, the magnitude and direction of these associations vary widely, even when the area of landfall or the intensity of the storm is similar. We propose that the associations of demographic characteristics and hurricane evacuation are modified by psychosocial factors such as social cohesion, social capital, and social control. Additional variability may be the result of the changing prevalence of these demographic variables over time or between study locations.

Migration and Psychological Well-Being Among Older Adults: A Growth Curve Analysis Based on Panel Data From the Health and Retirement Study, 1996-2006

Journal of Aging and Health

2010 Purpose: A vibrant body of research examines migration among older adults. Existing research, however, grants scarce attention to the implications of later-life migration for the migrants themselves. Our research focuses on the impacts of migration on depressive symptomatology among older U.S. adults.

2010 Individual perception of risk has consistently been considered an important determinant of hurricane evacuation in published studies and reviews. Adequate risk assessment is informed by environmental and social cues, as well as evacuation intentions and past disaster experience. This cross‐sectional study measured perceived flood risk of 570 residents of three coastal North Carolina counties, compared their perception with actual risk determined by updated flood plain maps, and determined if either was associated with evacuation from Hurricane Isabel in 2003. Census blocks were stratified by flood zone and 30 census blocks were randomly selected from each flood zone. Seven interviews were conducted at random locations within selected blocks. Bivariate and multivariable analyses were conducted to produce crude and adjusted risk differences. Neither the designated flood zone of the parcel where the home was located nor the residents' perceived flood risk was associated with evacuation from Hurricane Isabel in the bivariate analysis. In the multivariable analysis, intention to evacuate and home type were important confounders of the association between actual risk and evacuation. The belief that one is at high risk of property damage or injury is important in evacuation decision making. However, in this study, while coastal residents' perceived risk of flooding was correlated with their actual flood risk, neither was associated with evacuation. These findings provide important opportunities for education and intervention by policymakers and authorities to improve hurricane evacuation rates and raise flood risk awareness.