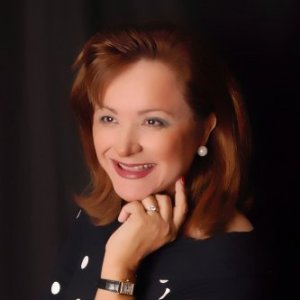 Mariela has more than twelve years of experience as a public speaker, she has created and developed seminars, speaker series, training programs, workshops, and presentations in the areas of business, marketing, management, motivational topics, cultural diversity (expert in psychographics and demographics), and related subjects in the public and private sectors. She represents many of her clients as a spokesperson with the local, regional, and national media in the general as well as the Hispanic markets. She specializes in the CPG, retail/foodservice, health services, telecommunications, educational, entertainment and other related industries.

During the past ten years she hosted a public access talk show through Buena Vista cable and has been in several television and radio commercials. She also co-hosted the PBS membership drives and appeared in several talk shows discussing community issues. She is an active member of Women In Film. She is also a freelance writer and a member of the Screen Actors Guild (SAG) and the American Federation of Television and Radio Artists (AFTRA). In August of 2012, she had a small part in the HBO film "Behind the Candelabra" starring Michael Douglas and Matt Damon.

Mariela is involved in many philanthropic causes particularly in the areas of education. She received the Friedman Award from the Los Angeles Unified School District for her involvement and contributions to the Adult Education Division in the past ten years. Also in the past seven years, she has been involved in managing and coordinating several political campaigns at the local, regional, and national levels.

Mariela has two degrees from the University of California, Santa Barbara: B.A. in Communications and a B.A in Spanish.

Expert in the creation and implementation of marketing/communications programs for Fortune 500 and public agencies. These successful programs have received national recognition for achieving high brand/service awareness, sales increase, and market penetration at the local, regional, and national levels. These programs have been implemented in health services, telecommunications, packaged goods, and entertainment industries.

Speeches cover: communications, marketing, business management, media training, branding, psychographics/demographics, and inspirational topics. Additionally, she is fluent in Spanish and can speak Italian, and has done extensive work as a researcher for the Counseling Psychology Clinic at the University of California, Santa Barbara in the areas of cultural assimilation, acculturation, and family interaction among various ethnic groups.

"Manufacturers, supplier, restaurant owners, and hospitality contractors attended and welcomed her speeches in the areas of marketing strategies and employee/customer relations in the mainstream and Hispanic markets. Mariela engaged the audience and her industry insights were on point and extremely helpful to the audience. She was able to give them strategic and tactical approaches to increase their company's ROI. I would highly recommend Mariela, she is a professional public speaker with excellent platform and interpersonal skill. I look forward to our continued relationship and her working with us next year."

5 MISTAKES TO AVOID WHEN TARGETING THE HISPANIC MARKET

An overview of marketing strategies and product/service positioning to maintain consumer retention, increase consumer base, and establish marketing engagement programs. Sales goals and market overview are also discussed to implement marketing programs. -What the audience can expect or “take away” from the presentation: Will gain knowledge of various marketing tools & product/service positioning to retain consumers and increase customer base/product awareness via consumer marketing programs.