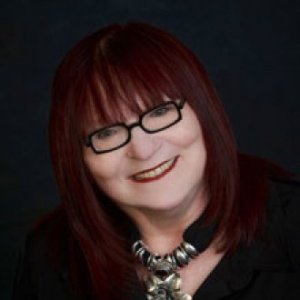 Marilyn is a tenured full Professor of Screenwriting in the School of Film and Television. She’s written extensively for all forms of media and speaks internationally on ethics, activist filmmaking and screenwriting. She is also a print magazine journalist, writing humor pieces, columns, and features for international publications, and blogs for the Huffington Post.

She began her career as news and entertainment reporter and feature writer, working for The Toronto Star and The Globe and Mail. After receiving her graduate degree from Concordia University in Montreal, she became the film critic for The Montreal Gazette.

In Toronto, Canada, she headed her own film company where she produced and directed documentary films. She performed as a commentator and critic on network radio and as an interviewer, talk show guest and comedienne on Canadian local and national television and radio. Marilyn is a member of the Writers' Guild of America (West) and has written numerous comedy feature-length screenplays, a mini-series about World Hunger for Columbia Pictures Television and dramatic short films championing diversity and multiculturalism. One of the films, Home Free, won national and international awards. She also produced, directed and wrote Home Girls, an independent short documentary about inner city Latinas who reject gang life. To make the film, she won a highly competitive grant from The American Association of University Women Educational Foundation.

Marilyn is the author of "Screenwriting with a Conscience - Ethics for Screenwriters", "The Screenwriter Activist - Writing Social Issue Films", and "Write to Shoot - Writing Short Films for Production", all published by Routledge, Taylor and Francis Group.

Ethics for Screenwriters and Film Makers

Winner of first Visionary Leader in Education award from Shorts Hd and Shorts International for work with short film.

Screenwriting With A Conscience: Ethics for Screenwriters (professional)

To be published by Focal Press (Routledge/Taylor and Francis)