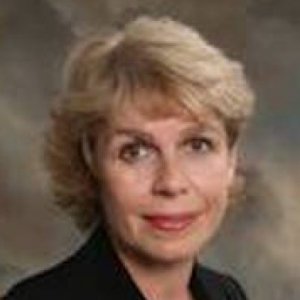 Eremeeva received her MD in biochemistry from the Russian National Research MedicalUniversity, her PhD in microbiology from the Gamaleya Research Institute, Moscow, Russia and her ScD in microbiology and cellular biology from the University of the Mediterranean, Marseilles France. Her postdoctoral studies were at the University of Maryland, School of Medicine, Baltimore, USA. She is an Associate Professor and Director of the Core Laboratory at the Jiann-Ping Hsu College of Public Health of the Georgia Southern University. She has published more than 100 peer-reviewed articles, book chapters and conference papers on different aspects of rickettsiae and rickettsial diseases including discovery of emerging pathogens and descriptions of new rickettsioses

“They’re like a kid in a candy store,” said GSU Professor Marina Eremeeva, a study collaborator who specializes in vector-borne diseases and parasitology. “They eat more and grow more. Significant numbers are pathogenic. ... A number can live inside amoebas and can travel around in them like a Trojan horse. It can cause significant health problems.”...

2018 The rabbit tick, Haemaphysalis leporispalustris Packard, is known for its association with Rickettsia rickettsii as it harbors both virulent and avirulent strains of this pathogen. In this manuscript we report findings and preliminary characterization of a novel spotted fever group rickettsia (SFGR) in rabbit ticks from California, USA. Rickettsia sp. CA6269 (proposed “Candidatus Rickettsia lanei”) is most related to known R. rickettsii isolates but belongs to its own well-supported branch different from those of all R. rickettsii including strain Hlp2 and from Rickettsia sp. 364D (also known as R. philipii) and R. peacockii. This SFGR probably exhibits both transovarial and transstadial survival since it was found in both questing larvae and nymphs. Although this rabbit tick does not frequently bite humans, its role in maintenance of other rickettsial agents and this novel SFGR warrant further investigation.

2017 Pinterest (San Francisco, CA) and Instagram (Menlo Park, CA) are 2 popular photo-sharing social media platforms among young individuals. We assessed differences between Instagram and Pinterest in relaying photographic information regarding Zika virus. Specifically, we investigated whether the percentage of Zika-virus-related photos with Spanish or Portuguese texts embedded therein was higher for Instagram than for Pinterest and whether the contents of Zika-virus-related photos shared on Pinterest were different from those shared on Instagram.

The eco-epidemiology of Pacific Coast tick fever in California

2016 Rickettsia philipii (type strain “Rickettsia 364D”), the etiologic agent of Pacific Coast tick fever (PCTF), is transmitted to people by the Pacific Coast tick, Dermacentor occidentalis. Following the first confirmed human case of PCTF in 2008, 13 additional human cases have been reported in California, more than half of which were pediatric cases. The most common features of PCTF are the presence of at least one necrotic lesion known as an eschar (100%), fever (85%), and headache (79%); four case-patients required hospitalization and four had multiple eschars. Findings presented here implicate the nymphal or larval stages of D. occidentalis as the primary vectors of R. philipii to people. Peak transmission risk from ticks to people occurs in late summer. Rickettsia philipii DNA was detected in D. occidentalis ticks from 15 of 37 California counties. Similarly, non-pathogenic Rickettsia rhipicephali DNA was detected in D. occidentalis in 29 of 38 counties with an average prevalence of 12.0% in adult ticks. In total, 5,601 ticks tested from 2009 through 2015 yielded an overall R. philipii infection prevalence of 2.1% in adults, 0.9% in nymphs and a minimum infection prevalence of 0.4% in larval pools. Although most human cases of PCTF have been reported from northern California, acarological surveillance suggests that R. philipii may occur throughout the distribution range of D. occidentalis.