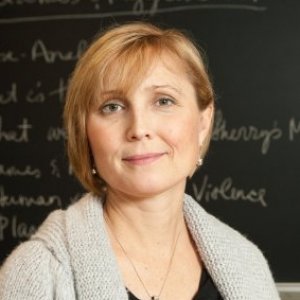 
Krcmar is a leading expert on the effects of video games and television on children and adolescents.

Marina Krcmar is a leading expert on the effects of video games and television on children and adolescents. Krcmar’s comments and research have been featured on FOX News, Reuters and in a variety of other media outlets including parenting magazines. The blog she created with students to help gamers and parents evaluate new video games was featured in Family Circle.

Her most recent research shows playing violent video games affects moral reasoning, as well as the connection between increased realism in video games and increased aggression. An authority on very young children and television, her research exploring “Teletubbies” shows infants and toddlers tend to learn better from a real person than when identical material is presented on a screen. Her book, “Living without the Screen,” takes a look at families who do not watch television in their homes, and her work has been published in academic journals such as the Journal of Communication, Media Psychology and the Journal of Children and Media. 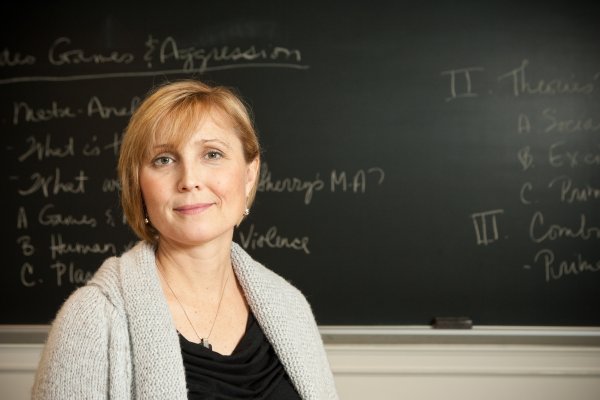 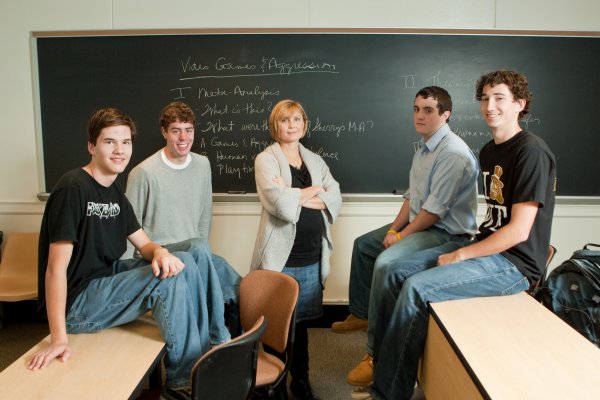 Screen Time: What parents should know

For most of us, our phones are our lifelines. And if you're a parent, your kids probably know how to work your phone better than you do! But experts say the behavior parents are modeling for their kids is unhealthy.

The American Academy of Pediatrics recommends no screen time for kids younger than 2. "When the association of pediatrics first came out with that, they were really basing it on this gut feeling that babies shouldn't be watching television. They should be doing something else with their time," said Marina Krcmar, professor of communications, who studies screen time and its effect on children.

Barbara Brock’s “Living Outside the Box” and Marina Krcmar’s “Living without the Screen” confirm that there’s a wide range of religious, political and social beliefs among those who don’t own TVs – from conservative Christians offended by television’s sex and violence to liberals who balk at shameless advertising and shallow news coverage...

To play or not to play: The great debate about video games

So are video games harmful to children? “It depends on the content of the game and the outcome of interest,” says Marina Krcmar, an associate professor of communication at Wake Forest University. “Violent games have been found to be associated with aggressive outcomes, increases in hostility and aggressive cognitions.” There are several factors that may explain this...

Through texts and social media, young people are doing more communicating and living in an online world in which it's easier to think they're the center of the universe, said Marina Krcmar, a Wake Forest University professor who studies teen screen time. That can lead to a form of extended adolescence, she said.

It can also distract youngsters from schoolwork, exercise and other healthy activities, she said...

This study was inspired by the rise in television targeting toddlers and preverbal infants (eg, Teletubbies, Baby Mozart). Overall, we investigated if very young children who are in the early stages of language acquisition can learn vocabulary quickly (fast map) from ...

Despite its popularity in mass media effects research, the concept of media enjoyment has yet to be clearly explicated or theoretically integrated into media effects theories. In this analysis, the authors begin to address these limitations by first reviewing terms that have ...

Targeting adolescent risk-taking behaviors: the contributions of egocentrism and sensation-seeking Journal of Adolescence

Tremendous resources are spent each year developing programs and messages targeting adolescent risk behavior. Adolescents are often reasonably well educated about methods for health promotion such as preventing HIV infection, yet they fail to act accordingly. One ...

Predicting exposure to and uses of television violence Journal of Communication

The uses-and-gratifications tradition posits that individual needs for stimulation and for information vary systematically. These needs may affect what media sources and other stimuli are accessed by individuals. In this study we sampled adolescents and college ...

Telephone interviews from a random sample of Dutch parents (N= 123 for the pilot study, N= 519 for the main study), provided an opportunity to explore television mediation activities in which parents could engage. From principal components analysis, three reliable styles of ...