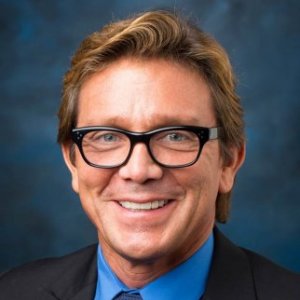 Professor Chilingar earned his B.S. in Business Admin from USC in 1983. After working in the private sector, his interest in psychology led him to gain a M.A. and Psy.D. in Clinical Psychology from Pepperdine in 1992 and 2001 respectively. His studies led to insights into various psychological and neurophysiological responses to stress in adults and children, which gave rise to his doctoral thesis which measured PTSD in teachers who assisted students during the Oklahoma City bombing, this was the first study to look at this population. Since 1990, his clinical training included various psychiatric university hospital in- & out-patient settings, and since 1994, he remains involved in research in depression at the V.A./UCLA. In 2000, he completed a Clinical Psychology Internship, at VTCC Child and Adolescent Psychiatric Program, Neuropsychology track, at the Med. College of Virginia/VCU. Followed by a Predoc Fellowship in Pediatric Neuropsychology, 2001, in the Dept. of Pediatric Neurology at UMN. From 2002 to 2004, he was a NIMH Postdoc Research Fellow in Intervention Research for the Psychosis in Schizophrenia, Dept. of Psychiatry and Biobehavioral Sci., UCLA; co-authored a paper showing a stress interaction of electrodermal activity and expressed emotion in predicting recent-onset schizophrenia. In 2010-12, he furthered his studies as Postdoctoral Scientist, Mgr./Co-Investigator in Neuropsychology (NIMH), in the Dept. of Psychiatry and Behavioral Neuroscience, Cedars-Sinai MedCntr; and contributed in the development of the Neuropsychnorms.com website. His clinical and research interests are in psychotherapy and neuropsychological assessment. As well as understanding the effects of perinatal stress on brain (genetic, teratogenic, and epigenetic) and emotional development.