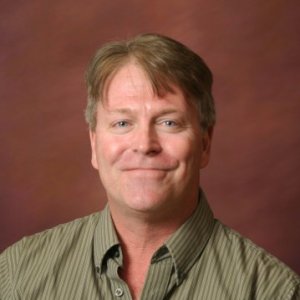 Dr. Mark DeBeliso is the director of the Master of Sports Conditioning program and a professor of physical education at Southern Utah University. His research focuses on sports medicine and athletic performance, as well as the physiological effects of exercise.

With a firm belief that fruitful scholarly endeavors include faculty and students across multiple disciplines, 90 percent of his scholarly efforts over the last 15 months have included student participation and co-authorship. Dr. DeBeliso's scholarly writings (journal articles, book chapters, patents, and abstracts) have appeared in numerous engineering, exercise science, health, medical, psychology, sports medicine, and sport technology journals, and his peer-reviewed publications total more than 190. He has also traveled extensively presenting his research at more than 103 national and international conferences.

Outstanding Scholar of the Year (professional)

Outstanding Professor of the Year (professional)

Southern Utah University continues to appear in university rankings, recently ranking twelfth in the U.S. for Best Online Master’s in Sports Medicine according to Online Masters. In the same listing, SUU also received an additional award for “Best in Hands-On Training”.

Sports Conditioning and Performance #11 in Nation

“When you consider the MSSCP program is nationally recognized for educational excellence as well as a top ten fiscal value, I think people would agree that our program has a unique brand and is a true stand out,” said Mark DeBeliso, director of the MSSCP.

Metabolics of Lifting and Carrying Tasks

The Effects of a Non-Linear Periodized Resistance Training Protocol on Strength Gains in Older Adults.

Is there a Correlation Between Preseason Physical Testing and High School Softball Player Ability?

In the sport of softball, player ability is assumed to be in part attributed to speed, strength, and agility. As such, a preseason battery of physical performance tests may provide coaches information that may aid in the development of a softball player’s ability. However, information regarding the relationship between basic physical performance tests and player ability is limited.

High levels of stress reported at college campuses has led to the need for stress management interventions. College students often do not know how to deal with the increase in stress during college which may lead to ineffective ways to manage stress, such as drugs, alcohol, and under the worst circumstance, suicide. Several universities have implemented stress relieving centers where students can participate in various modalities to relax and reduce symptoms of stress. The purpose of this paper is to compare four stress reduction modalities on the amount of physiologic and perceived stress (PS) reduction in a stress relief center.

The Reliability of the 12-Item Grit Scale Among Crossfit Participants

Crossfit participation has experienced exponential growth. Like other sports, it may be that successful participation in Crossfit would rely upon a construct known as grit. Grit is considered to be a combination of perseverance of effort (PE) and consistency of interest (CI) and has been assessed in other populations with the 12-point Grit Scale.

Many countries are experiencing an aging workforce with women workers making up a growing proportion. Workplaces often require employees to complete lifting tasks that require the ability of the hand to grasp an implement (coupling). The National Institute for Occupational Safety and Health (NIOSH) has developed an equation for manual lifting tasks hoping to minimize the potential for a workplace back-injury related to a lifting task. The NIOSH lifting equation relies upon stress variables including a coupling factor. However, little is known regarding grip strength as related to the NIOSH lifting equation coupling factor. The purpose of this study was to investigate differences in grip strength due to gender in older adults.

Increasing evidence indicates adherence to exercise throughout life is concurrent with improved health. World masters games (WMG) have more participants than any other international sporting competition and is under-investigated​, particularly with regard to indices of cardiovascular disease (CVD) risk.

The Relationship Between Core Stability & Squat Ratio in Resistance-Trained Males

This study attempted to determine if there was a meaningful relationship between the SR and core strength (CS) in resistance-trained males. If a strong relation exists between the SR and CS, strength and conditioning professionals would have a readily available assessment tool for examining CS by simply viewing the SR.

Is there a relationship between core muscular strength and chronic ankle instability?

Ankle sprains are among the most common injuries in athletics, leaving some athletes with instability issues long after the initial injury has occurred. This study attempted to determine if a relationship between chronic ankle instability and core strength exists.

This course will address the theoretical basis for, and practical applications of, exercise testing and prescription for diseased and special populations. It will follow a lecture/lab format.

Designed to allow students to understand how to evaluate student progress in the schools. Also included: test construction, grading, frequency distribution, measures of central tendency and dispersion, and elementary probability.

This online course will cover the basic principles of physical conditioning and will prepare students for future courses in exercise program design. Physiological mechanisms and adaptations to training will also be addressed.

A graduate course covering research methodologies and statistical techniques in the sport sciences. This course will assist coaches in reading and critiquing research and designing their own.

Student develops and defends a Master’s of Sport Condition/Performance thesis (3 credit hours initial semester). MSSCP Candidates must be continuously enrolled in at least 1 credit hour of PE 6933 until their Thesis is completed.