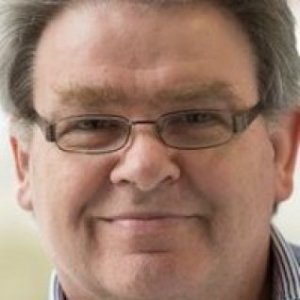 Mark Hart has worked and published extensively in the areas of entrepreneurship, enterprise and small business development and policy.

Britons believe setting up a new business is easy, but less than one in ten intend to, survey reveals 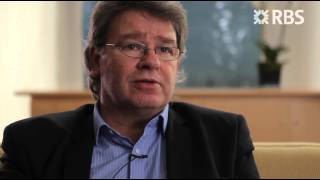 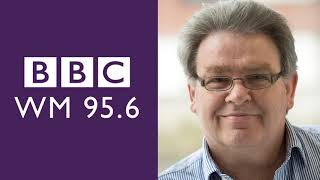 Mark Hart is the Academic Lead of the Goldman Sachs 10,000 Small Businesses programme in the UK who is Professor of Small Business and Entrepreneurship in Aston Business School. He is also Deputy Director of the national Enterprise Research Centre (www.enterpriseresearch.co.uk) which is jointly hosted at Aston University and the University of Warwick which addresses issues of small business growth. It is funded jointly by the ESRC, BEIS, British Business Bank, Intellectual Property Office and Innovate UK.

Over the last 40 years, Professor Hart has worked and published extensively in the areas of entrepreneurship, enterprise and small business development and policy. He jointly manages the Global Entrepreneurship Monitor (GEM) project in the UK and advises a number of UK Government Departments and the Devolved Administrations on enterprise issues.

His work on High-Growth Firms (HGFs) at Aston has been influential in shaping policy discussions and actions in the UK and he is currently working for NESTA and the OECD on a range of follow-up projects. He has undertaken numerous evaluation studies of business support products and services in the UK and Ireland.

The other side of business failures

Even in normal times huge numbers of businesses close. The Office for National (ONS) Statistics estimates that, between 2013 and 2018, an average of 10.6 per cent of companies shut down each year. And a study by Michael Anyadike-Danes and Mark Hart at Aston Business School has found that of the 239,000 companies that started in 1998, only 10 per cent survived for the following 15 years. And, they found, even these survivors have a 10 per cent chance of failing each subsequent year.

Business focus: how some small firms are on the up despite coronavirus lockdown

“It’s gloomy out there but there are some great businesses getting on with it and having phenomenal growth,” according to Mark Hart, small business professor at Aston Business School.

Professor Mark Hart, of the Enterprise Research Centre at Aston University, estimated a fifth of the 79,000 private sector firms in the Birmingham area could fold without further Government support.

Derby’s entrepreneurs break away from days of ‘playing it safe’

“Start-up rates are comparatively low and the proportion of them growing after three years, if they survive, is below the UK average,” says Mark Hart, Aston Business School professor of entrepreneurship. “Growth of established businesses is also relatively weak.”

Mark Hart, ERC deputy director and professor of small business and entrepreneurship at Aston Business School, said: “Budding entrepreneurs are clearly holding their breath waiting for some clarity about the outcome of Brexit, but if the trend continues we’ll see fewer jobs created by dynamic young firms."

This study examines how a psychometric testing tool can be used to explain, predict and measure behavioural competences and how entrepreneurs fund the firm. Reference is made to studies of personality traits. More recent studies have called for research into behaviour and competences and specifically in the finance context of orchestration of resources.

All grown up? The fate after 15 years of a quarter of a million UK firms born in 1998

The theory of firm growth is in a rather unsatisfactory state. However, the analysis of large firm-level datasets which have become available in recent years allows us to begin building an evidence base which can, in turn, be used to underpin the development of more satisfactory theory. Here we study the 239 thousand UK private sector firms born in 1998 over their first 15 years of life. A first, and quite striking, finding is the extraordinary force of mortality. By age 15, 90% of the UK firms born in 1998 are dead, and, for those surviving to age 15, the hazard of death is still about 10% a year. The chance of death is related to the size and growth of firms in an interesting way. Whilst the hazard rate after 15 years is largely independent of size at birth, it is strongly affected by the current (age 14) size. In particular, firms with more than five employees are half as likely to die in the next year as firms with less than five employees. A second important finding is that most firms, even those which survive to age 15, do not grow very much. By age 15 more than half the 26,000 survivors still have less than five jobs. In other words, the growth paths – what we call the ‘growth trajectories’ – of most of the 26,000 survivors are pretty flat. However, of the firms that do grow, firms born smaller grow faster than those born larger. Another striking finding is that growth is heavily concentrated in the first five years. Whilst growth does continue, even up to age 15, each year after age five it involves only a relatively small proportion of firms. Finally, there are two groups of survivors which contribute importantly to job creation. Some are those born relatively large (with more than 20 jobs) although their growth rate is quite modest. More striking though, is a very small group of firms born very small with less than five jobs (about 5% of all survivors) which contribute a substantial proportion (more than one third) of the jobs added to the cohort total by age 15.

This paper considers the effects of immigration and ethnicity on entrepreneurship, distinguishing between the individual traits and the environmental characteristics. It looks beyond the resource-opportunity framework and occupational choice: culture and values matter. Yet, instead of assigning the latter to specific ethnic features, they are related here to both immigration and to the social environment defined by the share of immigrants, and by ethnic diversity. Empirical evidence provided in this paper is based on Global Entrepreneurship Monitor (GEM) UK data, 2003–13. Having more immigrants in the locality enhances entrepreneurship. With an increase in ethnic diversity the likelihood of being engaged in start-up activity decreases then increases.

Public support for business innovation in Mexico: a cross-sectional analysis

Public support for business innovation in Mexico: a cross-sectional analysis. Regional Studies. This paper explores the impact of government support in Mexico on the likelihood of firms achieving functional and/or inter-sectoral upgrading in global value chains (GVCs). Employing a unique dataset, regression analysis was undertaken to estimate the predicted probabilities of firms upgrading in GVCs considering their regional location. The results suggest that firms located in Mexico City are more likely to achieve functional upgrading vis-à-vis northern firms. Additionally, the presence of a research and development laboratory is crucial if firms are to engage in upgrading. There was no evidence that government support affects the likelihood of firms achieving functional and/or inter-sectoral upgrading.

Resource endowment and opportunity cost effects along the stages of entrepreneurship

In this paper, the start-up process is split conceptually into four stages: considering entrepreneurship, intending to start a new business in the next 3 years, nascent entrepreneurship and owning-managing a newly established business. We investigate the determinants of all of these jointly, using a multinomial logit model; it allows for the effects of resources and capabilities to vary across these stages. We employ the Global Entrepreneurship Monitor database for the years 2006–2009, containing 8269 usable observations from respondents drawn from the Lower Layer Super Output Areas in the East Midlands (UK) so that individual observations are linked to space. Our results show that the role of education, experience, and availability of ‘entrepreneurial capital’ in the local neighbourhood varies along the different stages of the entrepreneurial process. In the early stages, the negative (opportunity cost) effect of resources endowment dominates, yet it tends to reverse in the advanced stages, where the positive effect of resources becomes stronger.