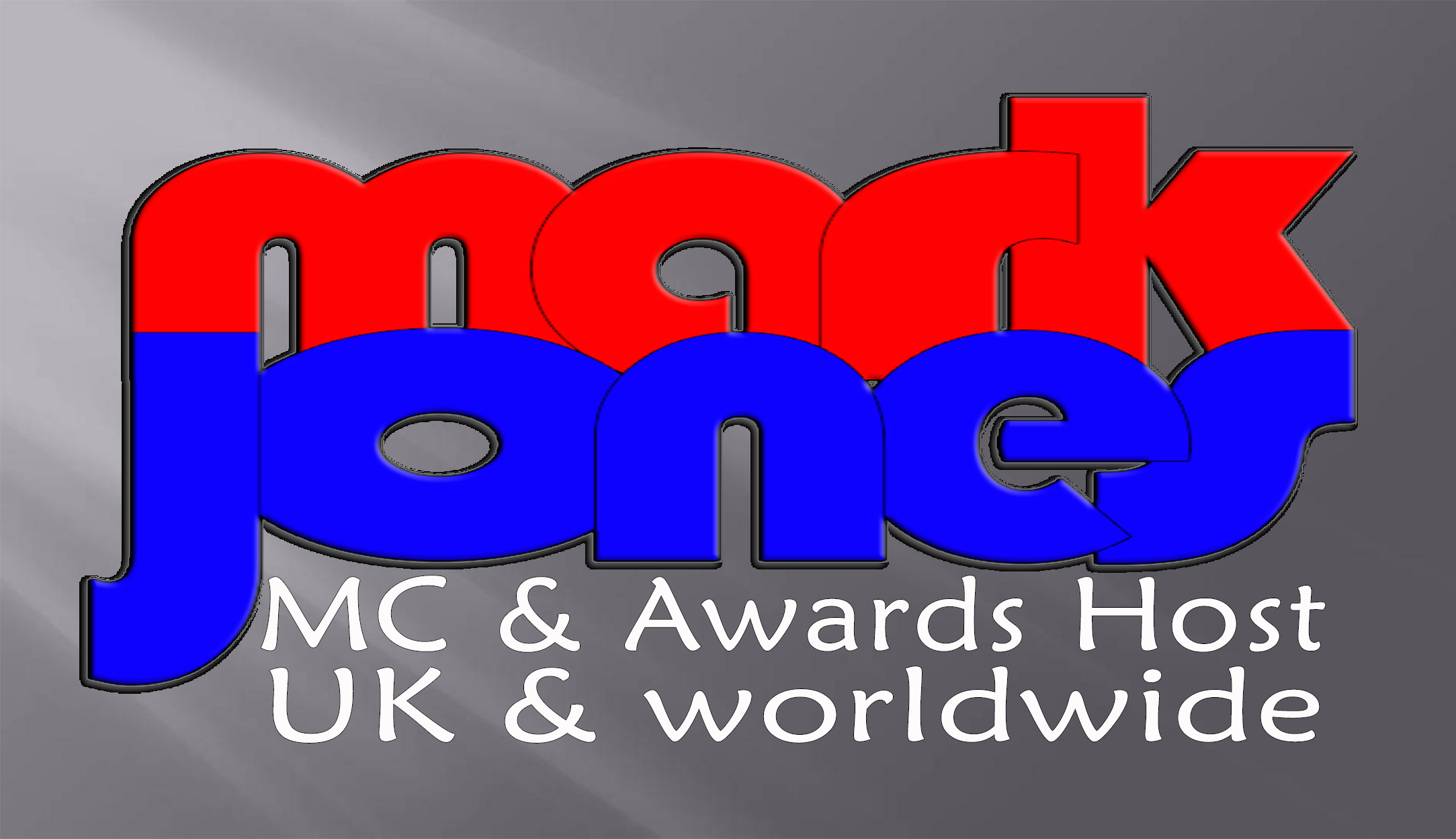 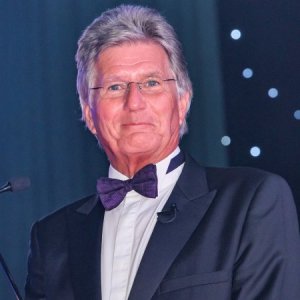 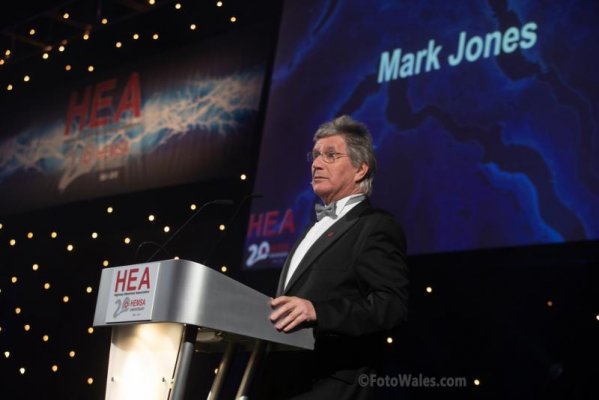 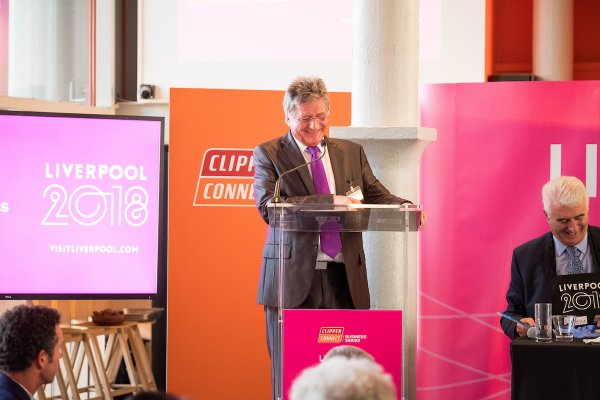 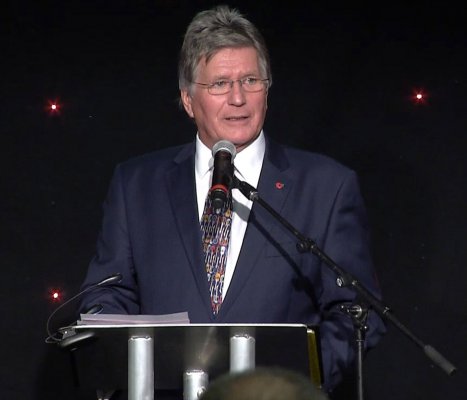 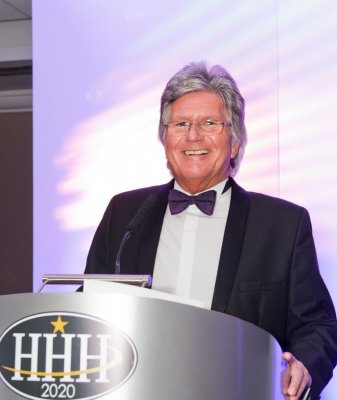 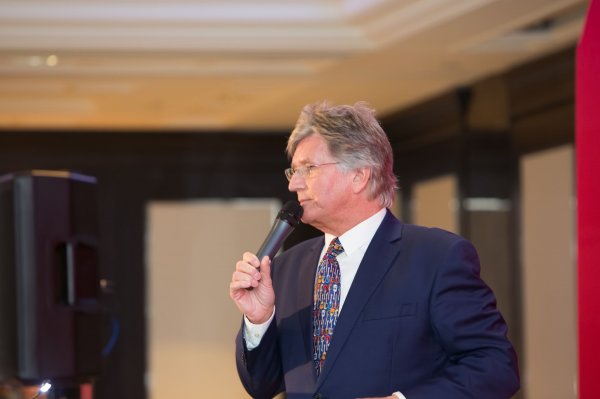 Mark has hosted countless events around the world, prestigious awards, gala dinners, conferences, TV programmes, fundraisers, concerts, festivals and more.
In just one 12-month period, Mark appeared in Brunei, made three trips across America, plus he fronted events in Malaysia, Portugal, Germany, Cyprus, Switzerland and Hungary. In addition, he continued to host events across the UK.
Mark has been the MC for all Manchester United’s Player-of-the-Year awards annually for the past 20 years. He hosted all Sky Sports' Masters Football televised tournaments in arenas across the UK, plus those in Dubai, Kuala Lumpur, Brunei and Macau, China. Mark also presented the live TV interviews.

In 2001, Mark was close (much too close - just a few blocks away) from New York's Twin Towers during the 9/11 terrorist attacks. He spent the rest of that day as a Salvation Army volunteer helping Emergency Services and First Responders. For the rest of the week, he reported ‘live’ from Ground Zero for UK radio.

Mark was regularly voted UK radio ‘Presenter Of The Month' and received numerous accolades from the Variety Club of Great Britain, where he's been a Barker for many years. He covered Manchester United's, Glasgow Celtic's and Liverpool FC’s pre-season American tours for UK radio.

After several years broadcasting on the two Century networks (now Smooth FM), Mark returned to host a daily UK-networked programme on Magic. He was also heard regularly on Manchester’s Magic 1152 (formerly Piccadilly Radio) too. Mark even spread his experienced wings (and tonsils) to American radio, featuring on stations W-E-F-T and Q-96 in Champaign, Illinois, where he also hosted the American Heart Association's black-tie fundraising gala dinners in both 2010 and 2011, helping to raise record-breaking amounts in the auctions.

Not limiting his talents to radio and live events, Mark has also written several books, including the best-selling ‘Mark Jones’ Birthday Book’. He has also appeared in TV's 'Cold Feet', 'The Forsyte Saga' and 'Clocking Off'.

'Best Outside Broadcast' for hosting the the 'Biggest Solo Concert In History', (125,000+ in the audience) Michael Jackson's Aintree Racecourse Concert, September 1988.

Mark has been a Barker in the Variety Club of Great Britain for over 25 years.

Mark has hosted the main stage of the Mathew Street Music Festival (with crowds regularly in excess of 55,000) for over 20 years.

Mark has been the live MC for all the live televised Masters Football on Sky Sports TV since 2001. He covered hosted their events in all of the UK's major arenas and their Dubai, China, Malaysia and Brunei tournaments too. He also presented all the live TV interviews for the events.

Mark was live host of all the live ODI, Internationals and county games throughout the UK for several seasons. He also conducted the live TV interviews with the likes of Sir Ian Botham, David Gower, David 'Bumble' Lloyd, Michael Holding and the late, great Richie Benaud.

Victoria Ferguson Victoria hired Mark as a Master of Ceremonies in 2011 and hired him more than once. Top qualities: Great Results, Personable, On Time “It's always a pleasure to work with pleasant, professional organised people. Mark hosted several European Business Summits I was running for GDS International in Geneva, Switzerland, Budapest, Hungary, Lisbon, Portugal and Berlin & Wiesbaden in Germany. Mark was extremely personable, flexible and knowledgeable and was integral in making each summit a success. I recommend him extremely highly as a Master Of Ceremonies and found him a delight to work with.” January 8, 2012

…a big thank you for last night's performance; I think you judged the audience just right as always, and really made the evening special for everyone. Our sponsors loved it …and that's the main thing!

A very big thank you for all for your hard work at our event. [the HEA awards at Celtic Manor, South Wales]. You handled your duties beautifully -and kept to the script– ha ha! It was an absolute pleasure working with you. A very enjoyable evening. We will most definitely think of you for future events.

We owe you a massive thank you - your professionalism and your approach to this challenging evening [at London's Guildhall, 2019] was incredibly appreciated and you were fabulous on the night. Our clients thought you were fantastic and it takes a lot to get any feedback from them! I really wanted to send a personal thank you as we could not have asked for a better man for the job.

(2015) I thought Mark Jones was majestic in his handling and compèring the event. He kept everything moving in a most professional and competent manner; I can think of few other hosts who could have handled the event in such a professional way and with the provision of such good sound and lighting (which Mark also supplied). Many other super-expensive high-profile presenters would have stumbled over some of the Sri-Lankan pronunciations and protocols required. Mark did not. (2016) Thank you for making the BRISLA awards such a success again! Next year’s event is November 14th 2017. Are you free? Please reserve the date...

Mark Jones was an absolute asset for our event the 2020 Triple H Awards, dedicated to the Hotel Hospitality Sector. A consummate professional: Mark was humorous and inoffensive to our multi-cultural guests [at the Birmingham Metropole Hotel]. He carried out his duties whilst keeping our delegates engaged. As Events Organisers, we will definitely be calling on the services of Mark in the very near future...

Countless events across the UK & worldwide.