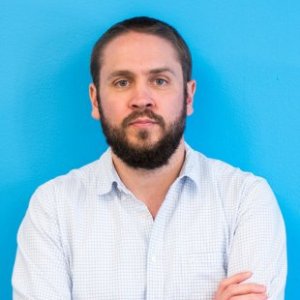 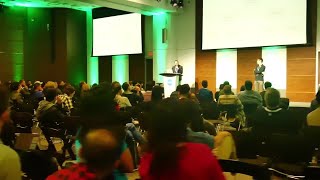 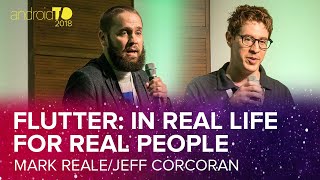 Mark is a Partner and Director of Interface Development at INTERSECT, focusing on the Interface Engineering and Performance Optimization for products using web technologies. Bringing over a decade of experience to the table, Mark is well versed in bridging the gap between today’s needs and tomorrow’s technologies in areas such as Javascript frameworks and responsive design implementation.

Mark also spearheads many of INTERSECT’s community initiatives with a focus on empowerment and making technology available and accessible to everyone regardless of geographic or social circumstances. Beyond this, Mark’s is a respected and passionate voice in the tech community, delivering workshops and lectures across the globe covering a wide spectrum of topics including Web Development, Infrastructure, Product Development and Workplace Culture.

University of Toronto: Economics and Commerce 2000

Mark has spearheaded efforts behind the lean startup community in Toronto with this group, continuously bringing forward high-quality events, discussions, and support systems to entrepreneurs in Toronto. He's the fire that keeps this going.

There are a whole lot of people who work with technology in Toronto. Many of them are smart. A bunch of the smart ones work at BNOTIONS. I could talk about how Mark is intelligent, hardworking, and a whole bunch of traits you'd look for in someone that don't actually clearly differentiate them from others. Because technically, he has all of that. Mark Reale, however, is something more. He's an inspiration. Mark's creativity is boundless. He genuinely cares for everyone I've seen him interact with. He gives *way* more than he takes. He had the wherewithal to see that, several years ago, he was working a job he liked, but didn't love... and took the incredibly uncomfortable step of reinventing himself. He senses tension before anyone else, and manages to cut it before anyone notices. I repeat: Mark Reale is an inspiration to me. And every interaction I've had with him—both on professional and personal levels—has left me better than I was before.

Mark was my professor for web design at Seneca College. His classes were dynamic and exciting as he worked to inject life into his lectures. Because I was at a different stage than my classmates, he worked with me one on one to improve my website and gave me great ideas and feedback at all stages of the process.

Intersect Predicts: Google Home and Virtual Assistant Will Be Big at I/O This Week

Mark Reale, Director of Interface Development at Intersect, has very high hopes for these integrations. He wants to see Google Home become much like a real assistant and not just a virtual one. He believes that the mix of these integrations and artificial intelligence are going to help to support the peripheries of our lives. He’d like to see Google Home “integrate in the more mundane parts of our lives… when we are not even noticing, giving us things we need when we need them.”