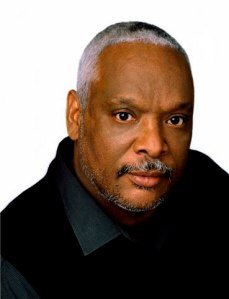 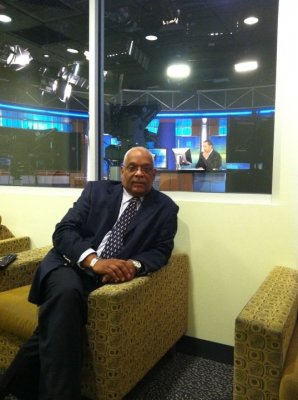 Mark Riley is an award-winning broadcast journalist with 30+ years of experience hosting and directing radio programs and pioneering media strategies that attract a loyal, diverse audience. In addition to his work as a broadcaster, Mark has achieved great accomplishments in political consulting, media training, and writing for print, web, radio and TV.

Mark is the morning drive host at New York City’s WWRL 1600 AM, and he is also known as the former host The Air Americans, on the liberal talk radio network Air America Radio.
Riley was also employed by WLIB 1190AM in New York City, where he worked for 33 years as a broadcast journalist, program director and air personality. Currently he can be heard as a contributor on BBC Radio and is seen regularly on New York 1 News Reporter Roundtable.

His first radio opportunity was as host of the public affairs program Urban Notebook, which skyrocketed in popularity throughout the New York tri-state area. In 1986, Riley moved to the prime time morning slot and broadcast live from the world famous Apollo Theatre in Harlem.

Since that time, Riley has worked his way up through a spectrum of roles including writer, editor, managing editor, executive editor, and program director.

During his 1992-1996 tenure as program director of New York’s WLIB (1190 AM), Riley identified the diversity of his New York City audience and set out to establish more balance between the African American and Caribbean dimensions of the station’s programming. Riley also pioneered the station’s efforts to enhance listener awareness in the political arena, anchoring full coverage of all Democratic and Republican conventions since 1990, as well as coverage of both Democratic Inaugurals in Haiti.

Television & Radio
In addition to radio presenting, Riley is a popular TV political analyst with frequent appearances on The Road to City Hall on New York 1 News and The Lou Dobbs Show on CNN.

The Coarsening of American Culture

Each successive generation feels the one following it has been responsible for a decline of civility and a lessening of cultural values. It appears the pace of change -for the worse-has quickened. Examples of slavish devotion to people with no discernable talent (Reality TV, Hip-hop, etc.) are too numerous to mention. It’s not enough to point the finger of blame. In order to find the cause of and possibly arrest the downward spiral of US culture, one must start by looking in a mirror.