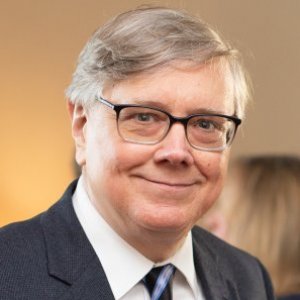 Mark Saya, from Michigan City, Indiana, studied composition at Indiana University South Bend with Barton McLean and David Barton, and the University of Cincinnati College-Conservatory of Music with Norman Dinerstein, Jonathan Kramer, and Allen Sapp. He has enjoyed a long association with The Percussion Group/Cincinnati, particularly with founding members Allen Otte and James Culley, who have premiered and championed many of his compositions, including The Murphy Sonata, for solo vibraphone, and From the Book of Imaginary Beings and Bachanons, for three percussionists. His works for two pianos with large percussion ensembles (12 to 18 players) include Last Week, This Week, Next Week, an orchestration of Bahamut (one of the Imaginary Beings), and a transcription of Scriabin's Vers la flamme. Most recently he has written Unfinished Life, a 29-movement composition for vibraphone.

Saya also has composed a variety of vocal works and several suites for solo piano, including Seven Preludes Revisited, Joshu's Piano Book, Just-These Pieces, and The Cabinet of Dreams. Seven Preludes Revisited has been recorded by Wojciech Kocyan for Dux Recording Producers and Jeffrey Jacob on New Ariel Recordings. Another piece for solo piano, Barcarolles, can be heard on the Hyperion Records anthology of encores played by Piers Lane entitled Piers Lane Goes to Town.

Several of his compositions for percussion and piano are published by Media Press. His works have been performed in Australia, Canada, China, Japan, and throughout Europe and the United States, including performances at the Great Hall of Cooper Union, Alice Tully Hall, the Kennedy Center for the Performing Arts, and many major universities. Saya has received awards from ASCAP, BMI, New England Conservatory, the Ohio Arts Council, and the Society of Composers, Inc. He is a Professor of Composition and Music Theory at Loyola Marymount University in Los Angeles.