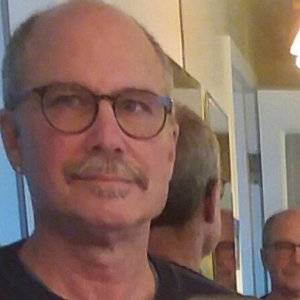 Mark Evan Schwartz is Associate Professor of Screenwriting at Loyola Marymount University School of Film and Television in Los Angeles. He has credits on over a dozen produced feature films, television shows, and television movies. Starting out as a Production Assistant for Francis Coppola, he went on to become Story Analyst for the David Geffen Company, Story Editor for Galactic Films MGM, and Head of Story and Development for Nelson Entertainment, the international distributor of the blockbuster comedy When Harry Met Sally, contemporary classic The Princess Bride, and Best Picture Academy Award winner The Last Emperor, among many others. Writing mostly in genre, his screenplay credits range from Little Men (Warner Brothers Family Entertainment) to Star Quest (Concorde/New Horizons), produced by the legendary Roger Corman. His black comedy, Jackals, was first optioned in the US by Propaganda Films, and then Partisan in Paris, France.

He has recently completed his first novel, Bottlenose Blues, a true account of four disastrous days during his misspent youth. Film rights have been optioned by Balcony 9 Productions, and he is currently writing the screenplay adaptation.

Mark can be seen as a special feature talking head on the 15th Anniversary DVD of Quentin Tarantino’s Reservoir Dogs and the Blu Ray DVD of the musical Camelot. He has contributed his expertise to articles in USA Today, Christian Science Monitor, Wrap Website, and Script Magazine, and a forty-minute interview regarding his teaching methods can be found on THE SCRIPT LAB website. He’s the sole author of How to Write: A Screenplay (Bloomsbury Int’l Academic), currently out in its second edition.

Mark grew up in the southwestern piedmont of North Carolina, and now lives with his wife in the south bay of Los Angeles, where they raised their three children. He holds an MFA in Theater-Directing from Boston University College of Fine Arts.