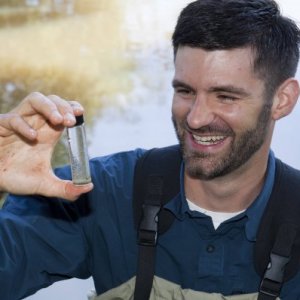 
Dr. Urban is an expert on climate change impacts on biodiversity and evolutionary ecology of vernal pools, lakes, and streams

Mark C. Urban is an award-winning scientist, professor of ecology and evolutionary biology at the University of Connecticut, founder and director of the Center of Biological Risk, and global expert on climate change impacts on nature and evolutionary ecology. An avid field biologist, Mark takes every opportunity to get out in the field to learn about the diversity of life and its threats. He routinely spends time in ponds, lakes, and streams in regions ranging from New England to the North Slope of Alaska. He founded and directs the Center of Biological Risk, the first center devoted to forecasting the complex risks to society mediated by ecosystems. He has authored over 60 scientific articles, appearing in top journals such as Science, Proceedings of the National Academy of Sciences, and Nature Climate Change and has been cited more than 8000 times. By integrating ecology, evolution, and genomics, his work has uncovered new principles that routinely challenge existing ideas, including challenging the spatial scale of adaptation, the importance of adaptation in ecology, and an evolutionary reason for autoimmune disease. Most recently, his work has focused on designing global efforts to estimate and mitigate extinction risks from climate change on biodiversity.

His work on climate change impacts on species extinctions was highlighted as one of the top scientific discoveries of 2015 by Discover Magazine and in The Royal Society’s update to the 5th IPCC report. His research has been covered by news outlets around the world including The New York Times, NPR, CBS, CNN, BBC, Associated Press, Washington Post, The Guardian, and National Geographic. He has consulted on stories about climate change appearing in National Geographic, Sir David Attenborough’s documentary Climate Change – The Facts, and the television series, Years of Living Dangerously. His opinion pieces have appeared in The New York Times, Guardian, and Science. Since 2015, he has led an annual contingent of UConn students, faculty and staff to the United Nation’s summits on climate change. Mark has given more than 70 presentations on his work, including to TEDx, World Wildlife Fund, and the Association for the Advancement of Arts and Sciences. He was awarded the Young Investigator and Presidential awards from the American Society of Naturalists.

Professor Mark Urban, whose work on ecological communities and climate change has broadly influenced the scientific community, has been named the first Arden Chair of Ecology and Evolutionary Biology. Along with the Rosalind Chair, the position honors scientists who have made a substantive impact on studies of biological diversity. 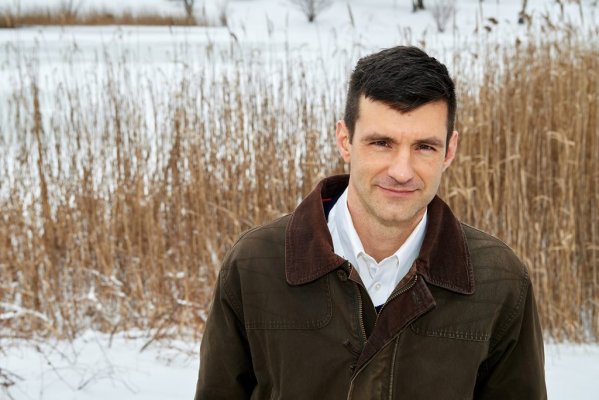 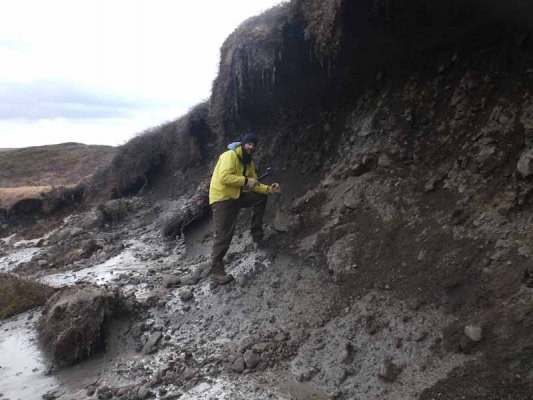 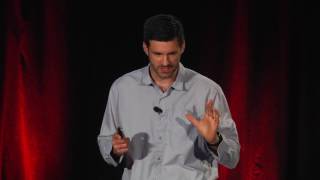 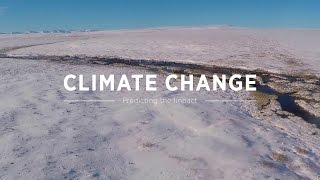 In a warming world, it's better to be a small mammal than a bird

Modeling studies like this one will also help conservationists make hard choices, says Mark Urban, an ecologist at the University of Connecticut, Storrs. “Understanding how species differ in their vulnerability to climate change will help us save money and time by ignoring those species that are doing just fine.”

Should Plants and Animals that have Moved because of Climate Change be Considered Invasive?

In a companion paper to Wallingford’s, University of Connecticut ecology and evolutionary biology associate professor Mark Urban stressed key differences between invasive species, which are both non-native and harmful, and what he calls “climate tracking species.” Whereas invasive species originate from places very unlike the communities they overtake, he says, climate tracking species expand from largely similar environments, seeking to follow preferred conditions as these environments move. For example, an American pika may relocate to a higher mountain elevation, or a marbled salamander might expand its New England range northward to seek cooler temperatures, but these new locations are not drastically different than the places they had called home before.

Could the Power of the Sun Slow the Coronavirus?

Comparative studies of viruses suggest that, as a class, coronaviruses are especially vulnerable to ultraviolet light because of their relatively large genetic codes. “The more target molecules,” one study noted, “the more likely the genome will be damaged.” Even so, other aspects of sunlight’s effects may also play important roles in whether viruses can easily infect humans — a main one being its promotion of the synthesis of vitamin D, a nutrient that can strengthen the immune system and lower the risk of certain illnesses. The Connecticut scientists — Cory Merow and Mark C. Urban — titled their paper “Seasonality and Uncertainty in Covid-19 Growth Rates.”

Deer, Sparrows and Magpies are all at 'Substantial Extinction Risk' Because They Can't Adapt to Global Warming Fast Enough

Mark C. Urban, director of the Center of Biological Risk and Associate Professor at the University of Connecticut, did not work on the paper. He told Newsweek: "The possibility that species could adapt to climate change is one of the real bright spots in this gloomy field. It's what gets me out of bed in the morning." "This study suggests evidence that species are responding adaptively in their traits, but that these changes are not necessarily keeping up," he said.

What the new climate report says about where you live

Released during the national hubbub of Black Friday, the Fourth National Climate Assessment is just the latest in a series of grim reports. Experts lay out what’s already unfolding around us as a result of climate change, and offer a series of future scenarios based on how much—and whether—the global community manages to slow down rising carbon emissions. “We’re seeing these predictions become reality all across the country now,” says University of Connecticut ecologist Mark Urban.

These American salamanders are tougher than climate change — for now

Many salamander populations around the world have declined because of habitat loss (they need cool, moist forests and undisturbed streams) and a fungal disease that has driven some amphibian species to extinction. Climate change is expected to worsen many of the threats to salamanders, but the new study examined the potential for physiological and behavioral flexibility in seven species. “Climate change is happening, and it’s human-caused. It’s a real threat to the natural world. . . . Our challenge is to keep ourselves and our world alive,” said Mark Urban, director of the Center for Biological Risk at the University of Connecticut, who was not involved in the study.

Ice will return but extinctions can't be reversed. We must act now

Scientific evidence now suggests that the Earth has embarked on its sixth extinction crisis, on a par with those executed by extraterrestrial asteroids and geologic upheavals. But this time we are at fault. Most current extinctions ensue from land use and overexploitation, but climate change is now catching up and accelerating these risks.

Now, marine ecologists working off the coast of the Antarctic Peninsula have shown that a sudden 1°C rise in seawater temperature—a change expected to arrive within half a century—drastically alters ocean communities. Species diversity plummeted, and certain creatures, such as tiny, colonial “moss animals,” came to dominate the sea floor. “I think that we have proof that we've entered a new age, a heat age,” says Mark Urban, an ecologist at the University of Connecticut.

Critical information needed in fight to save wildlife

"Right now, we're treating a mouse the same way as an elephant or a fish or a tree. Yet we know that those are all very different organisms and they are going to respond to their environment in different ways," says University of Connecticut Ecologist Mark Urban, the Science article's lead author. "We need to pull on our boots, grab our binoculars, and go back into the field to gather more detailed information if we are going to make realistic predictions."

T-Shirt Weather in the Arctic

We crested the northern rim of Alaska’s Brooks Range, and from the windows of our truck looked out across the undulating foothills toward the Arctic Ocean. Instead of seeing snow as we had in years past, we were greeted by a landscape already green with spring. We now realize that what we saw last May was historic — the hottest May for Alaska’s North Slope during what scientists recently concluded was the hottest year on record for the earth. We also saw the future.

“Depending on which study you look at, you can come away with a rosy or gloomy view of climate change extinctions,” notes Mark Urban of the University of Connecticut. “That’s because each study focuses on different species [and] regions of the world and makes different assumptions about climate change and species’ responses.”

Welcome to the Heat Age

The Douglas fir is a tall iconic pine tree in Western North America forming a forest that winds unbroken from the Western spine of British Columbia all the way to the Mexican cordillera. The environmental conditions of Canada and Mexico are obviously very different, but even on much smaller scales – say, the top of a mountain compared with a valley below it – the rainfall, temperature, soil nutrients and dozens of other factors can vary quite a bit. The Douglas fir grows well in so many of these places that it turns a dramatically varied landscape into one smooth, continuous forest complete with all the species it supports.

For millions of years, Arctic sea ice has expanded and retracted in a rhythmic dance with the summer sun. Humans evolved in this icy world, and civilization relied on it for climatic, ecological, and political stability. But the world creeps ever closer to a future without ice. Last year, new reports documented how record Arctic warmth is rapidly eroding sea ice, and the United Nations Intergovernmental Panel on Climate Change detailed the manifold impacts from declining sea ice in a Special Report on the Ocean and Cryosphere in a Changing Climate. As the northern sea ice declines, the world must unite to preserve what remains of the Arctic.

2017 Synopsis As climates change, biologists need to prioritize which species to understand, predict, and protect. One way is to identify key species that are both sensitive to climate change and that disproportionately affect communities and ecosystems. These “biotic multipliers” provide efficient targets for research and conservation. Here, we propose eight mechanistic hypotheses related to impact and sensitivity that suggest that top consumers might often act as biotic multipliers of climate change.

2017 Accurately predicting biological impacts of climate change is necessary to guide policy. However, the resolution of climate data could be affecting the accuracy of climate change impact assessments. Here, we review the spatial and temporal resolution of climate data used in impact assessments and demonstrate that these resolutions are often too coarse relative to biologically relevant scales. We then develop a framework that partitions climate into three important components: trend, variance, and autocorrelation

Improving the forecast for biodiversity under climate change

2016 As global climate change accelerates, one of the most urgent tasks for the coming decades is to develop accurate predictions about biological responses to guide the effective protection of biodiversity. Predictive models in biology provide a means for scientists to project changes to species and ecosystems in response to disturbances such as climate change. Most current predictive models, however, exclude important biological mechanisms such as demography, dispersal, evolution, and species interactions.

Deconstructing the relationships between phylogenetic diversity and ecology: a case study on ecosystem functioning

Community assembly is a race between immigration and adaptation: eco‐evolutionary interactions across spatial scales

2016 Both ecological and evolutionary mechanisms have been proposed to describe how natural communities become assembled at both regional and biogeographical scales. Yet, these theories have largely been developed in isolation. Here, we unite these separate views and develop an integrated eco-evolutionary framework of community assembly. We use a simulation approach to explore the factors determining the interplay between ecological and evolutionary mechanisms systematically across spatial scales.