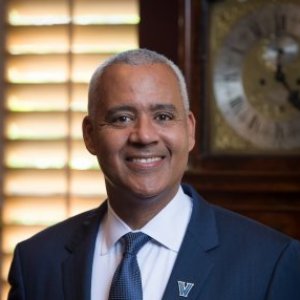 
Mark Alexander, JD, is an expert on constitutional law, election law and the First Amendment. 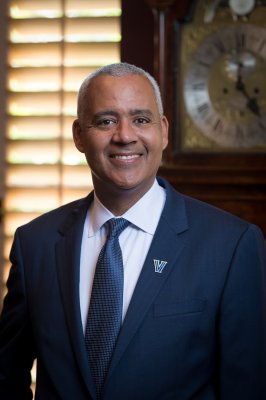 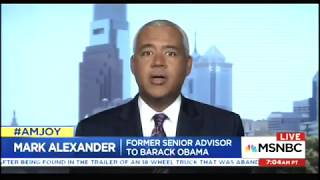 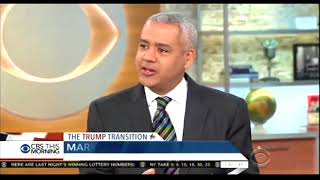 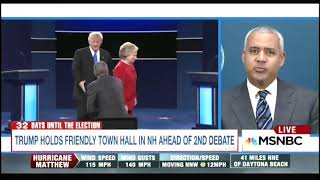 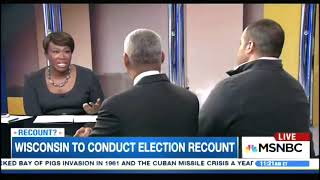 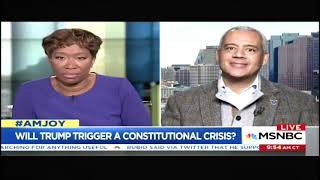 Mark C. Alexander, JD is the Arthur J. Kania Dean and Professor of Law at the Villanova University Charles Widger School of Law. Alexander’s areas of expertise include constitutional law, election law and the First Amendment. His research interests focus on the constitutional dimensions of election law and campaign reform. Alexander previously served as advisor for Barack Obama's 2008 presidential campaign and later served on the transition team following the election. Dean Alexander also served as general counsel on Cory Booker's 2006 campaign for mayor of Newark, N.J.

Will the US presidential debates change the course of the election?

On Sept. 29, the two US presidential candidates Donald Trump and Joe Biden will take part in the first of three 90-minute live televised debates ahead of the presidential election in November. Tanya Beckett asks can the debates affect the outcome of the election? Mark Alexander is Dean of the Villanova University Charles Widger School of Law. Dean Alexander’s segment begins at the 13:15 mark.

Law schools are not just places where future attorneys learn the ins and outs of the law. They are proven training grounds for future leaders in politics, government and corporations, producing about 40% of Members of Congress, 26 of our 45 presidents, and 10% of CEOs at top companies. Diversity in law schools can help ensure diversity at the top levels of society, and diversity in law leadership will help us get there.

NPR's Rachel Martin talks to Mark Alexander, dean of Villanova University's law school, about the latest Democratic debate. He has prepped candidates, such as Barack Obama, for previous debates.

“Speaker Pelosi has expertly rallied her far-flung caucus around this narrow focus ensuring a clear message and as minimal political risk as possible. She has been clear that this is a matter of national security,” said Mark Alexander, dean of the Villanova University School of Law. “Keeping the impeachment proceedings focused on national security will be compelling to the American people — a more scatter-shot approach would be seen as partisan and likely ineffective in persuading voters,” Alexander added.

We are hours from the most streamlined Democratic primary debate so far for the 2020 race for president. … Mark Alexander was on the team who prepared then-Senator Obama for the 2008 presidential debate. He is now Dean at Villanova University law school.

Villanova School of Law Dean Mark Alexander had a one-on-one discussion with CNN host Brooke Baldwin about the democratic debate. … “How the candidates conduct themselves in the longer conversations and how they defend their positions, that's what's impressive to me,” Dean Alexander said.

“I think that’s going to be his key to success, being that genuine Cory Booker who believes in unity,” said Mark Alexander, the Arthur J. Kania Dean and Professor of Law at Villanova’s Charles Widger School of Law, and former adviser to Booker during his Newark mayoral run.

Ahead of the Curve: Election Law Is Hot

Op-ed: Our nation thrives on respect of the justice system, not impeachment

The U.S. Supreme Court will soon rule on cases involving gerrymandering—the age-old practice of drawing district lines to help one’s political fortunes. They may ultimately set the standards, but still the question is what follows. Here in Pennsylvania, we saw one reaction that we must avoid.

Trump pardon: Can the president pardon himself?

So, Mark Alexander, dean as you are of Villanova Law School, that has been the consensus view of a lot of legal scholars: that the President can’t pardon himself. On the other side of that is Jonathan Turley, who’s a libertarian attorney, who says that he can. Who’s right? Well, I think that if the president were to try to pardon himself that he’d be placing himself above the law.

Donald Trump fired acting attorney general Sally Yates on Monday after she refused to enforce that executive order barring immigrants from seven majority Muslim countries and refugees from around the world from coming to the United States. Joining me now is Mark Alexander, Dean of Villanova Law School.

For more on the Trump transition, we are joined by Mark Alexander, Dean of the Villanova School of Law who was part of the senior leadership of the Obama-Biden transition effort.

Mark Alexander, he’s the Dean of Villanova University Charles Widger School of Law, and he was a senior advisor to President Obama’s 2008 campaign. Also kind of a debate guru, right, you’ve helped a lot of people prepare for debates.

Op-ed: First Year Will Shape You For Decades to Come

Take a chance and connect with classmates of different cultures. Your future clients will thank you.

Let Them Do Their Jobs: The Compelling Government Interest in Protecting the Time of Candidates and Elected Officials