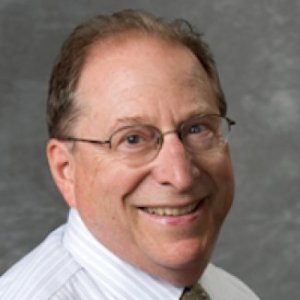 Mark Aaronson joined the UC Hastings faculty in 1992 and was the founding director of its Civil Justice Clinic. Prior to joining the faculty he had an extensive career as a civil rights and anti-poverty lawyer. For 13 years he served as Executive Director of the San Francisco Lawyers' Committee for Urban Affairs (now known as the Lawyers' Committee for Civil Rights of the San Francisco Bay Area), during which time he argued a federal welfare rights case before the U. S. Supreme Court. He received his J.D. from the University of Chicago Law School. Immediately after law school, he was a Reginald Heber Smith Community Lawyer Fellow with legal services programs in Chicago and Hartford. He later earned a Ph.D. in political science from the University of California at Berkeley. He has written articles on practical judgment in lawyering, civility, legal education, and social welfare policy and a book on representing the poor. He is married to Marjorie Gelb, a now retired attorney, whom he met in law school. They have two daughters, two sons-in-law, and three granddaughters.

What I hope you get from a legal education at UC Hastings is... a strong commitment to work for the common good, whether as full-time lawyer for social justice or as pro bono volunteer, and that you leave with a solid foundation in law, various lawyering skills, and critical thinking, so that you are best able to learn from your future experiences in ways that will help you to develop the judgment needed to be an excellent problem-solving lawyer.

Speaker, “Experiential Learning and the New Normal in Legal Education,”

Panel Moderator, “Current Manifestations and Impact of the Tech Industry,”

Presenter and Panelist, “Legal Services and the War on Poverty in Historical Perspective,”

Conference on the War on Poverty, 1964-2014: The Role of Attorneys in Alleviating Poverty in the 21st Century, Hastings Race & Poverty Law Journal, San Francisco, CA, February 13, 2014