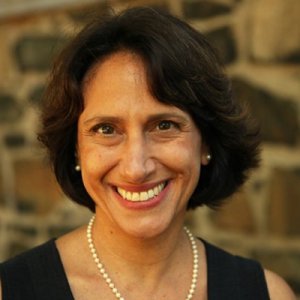 Dr. Schwartz is Director for the Rudd Center for Food Policy & Obesity and Professor of Human Development and Family Studies. Dr. Schwartz’s research and community service address how home environments, school landscapes, neighborhoods, and the media shape the eating attitudes and behaviors of children.

Dr. Schwartz earned her PhD in Psychology from Yale University in 1996. Prior to joining the Rudd Center, she served as Co-Director of the Yale Center for Eating and Weight Disorders from 1996 to 2006. She has collaborated with the Connecticut State Department of Education to evaluate nutrition and physical activity policies in schools and preschools throughout the state. She co-chaired the Connecticut Obesity Task Force and has provided expert testimony on obesity-related state policies. She also serves on the Board of Directors of the Connecticut Food Bank.

Dr. Schwartz has received research grants from the Robert Wood Johnson Foundation, the United States Department of Agriculture and the National Institutes of Health to study school wellness policies, the preschool nutrition environment, the effect of food marketing on children, the relationship between food insecurity and nutrition, and how federal food programs can improve the accessibility and affordability of healthy foods in low-income neighborhoods. In 2014, Dr. Schwartz received the Sarah Samuels Award from the Food and Nutrition Section of the American Public Health Association. The Robert Wood Johnson Foundation has profiled Dr. Schwartz’s life and career. 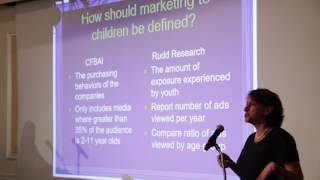 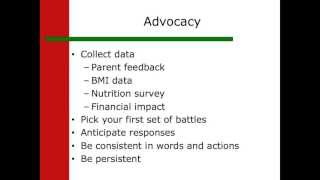 But public health experts maintain that such knowledge is owed to eaters nonetheless.

“[Calorie counts] are a consumers’ right to know,” says Marlene Schwartz, director of the Rudd Center for Obesity & Food Policy at the University of Connecticut. “Just like you have a right to know what kind of ingredients are in foods that you buy at the grocery store …. You almost don’t need to prove anything beyond that, it’s just a principle that consumers have the right to know what they’re purchasing and what they’re eating.”

Even though the study findings suggest menu changes had the intended effect of making school meals healthier, it’s possible that new school food policies proposed in January might undo some of these changes, said Marlene Schwartz, coauthor of an editorial accompanying the study and director of the Rudd Center for Food Policy and Obesity at the University of Connecticut in Hartford.

"Added sugars are just empty calories," Marlene Schwartz, director of the Rudd Center for Food Policy and Obesity at the University of Connecticut in Hartford, told Reuters Health by phone. "Your children are not getting any kind of nutrition, just extra calories, which, in light of concerns about childhood obesity, is clearly a problem."

Schwartz said children may be getting used to consuming sweetened foods and will develop preferences for such beverages over water or milk.

America’s obesity epidemic, especially among women, expected to get worse

Evidence is growing that shedding even just a few pounds can have dramatic and positive impacts on health. On Monday, researchers reported postmenopausal women can cut their risk for breast cancer if they can sustain a weight loss of at least four pounds. But losing weight — and keeping it off — is difficult, especially for women who tend to put their families’ health ahead of their own, experts said.

“They’ll focus on making sure that their children have healthy food,” said Marlene Schwartz, director of the Rudd Center for Food Policy and Obesity at the University of Connecticut. “Their own health is not prioritized."

Restaurants Are Now Required By Law To List Calorie Counts — Can We Handle It?

Labeling foods with calories is "the most straightforward way to assess how much energy you're getting from a food," says Marlene Schwartz, PhD, director of the Rudd Center for Food Policy and Obesity at the University of Connecticut. But one number doesn't necessarily tell you whether or not a food is nutritious — meaning: Quantity is one factor, but quality is just as, if not more, important.

Marlene Schwartz, director for the Rudd Center for Food Policy and Obesity and professor at the University of Connecticut, joined us on "Take Care" to discuss. She said this is a new approach that can go a long way in tackling three issues long thought best to handle separately.

“Historically, we really have looked at those problems independently, but recently, researchers have come together and tried to come up with ideas of how we could fix all three problems at once, which is kind of overwhelming,” Schwartz said.

The American Association of Pediatrics has long recommended that children and their families cut down on sugar-sweetened beverages, like soda, sweetened fruit juices, and sports drinks. Now, along with the American Heart Association, the organization is calling for an additional tax on these drinks—they say raising the sugary drinks’ prices could help reduce the amount people drink and help to combat obesity.

It’s exciting to see a respected organization like the American Association of Pediatrics (AAP) support a sugary drink tax, says Marlene Schwartz, director of the University of Connecticut Rudd Center for Food Policy & Obesity. “They wait for the science to be strong,” she says. “I was happy to see they took this on.”

When given the option, students in school meal programs are more likely to choose fruit juice over more nutritious whole fruit or milk, a new study finds.

"This is a problem because compared to juice, milk and whole fruit are better sources of three nutrients of concern for adolescents -- calcium, vitamin D and fiber," study co-author Marlene Schwartz said in a University of Connecticut news release. Schwartz is director of the UConn Rudd Center for Food Policy and Obesity.

Childhood obesity has long been a problem in the United States.

The new report provides a "succinct" and "clear" snapshot of the current state of childhood obesity in the US, said Marlene Schwartz, a professor and director for the Rudd Center for Food Policy & Obesity at the University of Connecticut, who was not involved in the report.

With SNAP, as with so many political issues, polarization is off the charts. According to Marlene Schwartz, director of the Rudd Center for Food Policy & Obesity at the University of Connecticut, “distrust among the parties involved . . . has become toxic and has effectively stalled all efforts by policymakers to change the regulations concerning SNAP to include nutrition standards.”

Student Acceptance of Plain Milk Increases Significantly 2 Years after Flavored Milk Is Removed from School Cafeterias: An Observational Study Journal of the Academy of Nutrition and Dietetics

Optimal defaults is a compelling model from behavioral economics and the psychology of human decision-making, designed to shape or “nudge” choices in a positive direction without fundamentally restricting options. The current study aimed to test the effectiveness of optimal (less obesogenic) defaults and parent empowerment priming on health-based decisions with parent-child (ages 3–8) dyads in a ...

Importance: Data are needed to evaluate community interventions to reduce consumption of sugary drinks. Supermarket sales data can be used for this purpose.

Objective: To compare beverage sales in Howard County, Maryland (HC), with sales in comparison stores in a contiguous state before and during a 3-year campaign to reduce consumption of sugary beverages.

Objective: Appetite regulation is influenced by the environment, and the environment is shaped by food-related policies. This review summarizes the environment and policy research portion of an NIH Workshop (Bethesda, MD, 2015) titled “Self-Regulation of Appetite—It's Complicated.”

Objectives: The objectives are to identify breakfast location patterns (frequency and place of breakfast consumption) and explore the association between breakfast patterns and weight status over time among preadolescents.