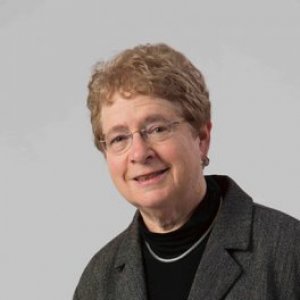 Professor Marsha Cohen came to California to clerk for the late Associate Justice Raymond L. Sullivan, then of the California Supreme Court. Thereafter she joined the public interest law office of Consumers Union, publisher of Consumer Reports, in Washington, D.C., practicing primarily in the areas of federal food and drug and product safety law. She came to UC Hastings after a short stint at UC Davis. Professor Cohen has served on various government and National Academy of Sciences panels on a variety of topics, most notably on food safety and sodium. For almost eight years she was a member of the California State Board of Pharmacy, and was its first non-pharmacist president.

During her years at UC Hastings, Professor Cohen most regularly taught Torts, Administrative Law, and Consumer Protection, and for many years she was the faculty supervisor of the Judicial Externship Program. Her area of narrowest specialty is food and drug law, and she is the coauthor of Pharmacy Law for California Pharmacists, now in its 7th edition.

Professor Cohen is the Founding Executive Director of Lawyers for America, which provides an exciting alternative path in legal education and helps legal nonprofits and government to meet the overwhelming need for public interest lawyering.

Professor Cohen has founded, served on the boards of, and raised money for, a variety of nonprofits (including Friends of the Company, the Cutting Ball Theater, San Francisco Day School, and Smith College). She urges theater-lovers to check out the exciting and unusual theater offered near UC Hastings by the Cutting Ball Theater (www.cuttingball.com) and to support the youth of San Francisco performing with the Young People's Teen Musical Theatre Company by attending its shows (www.yptmtc.org).

"It’s ironic that they don’t want any money spent (on federal enforcement), because there’s going to be a lot of money spent in courts," said Marsha Cohen, a UC Hastings law professor in San Francisco who specializes in food and drug laws. Medical marijuana advocates have promoted such legislation for the past decade to counteract a system in which state laws that allow cultivation, distribution and use of the drug with a doctor’s approval can’t even be mentioned in federal court...

F.D.A Must Define, and Enforce, the Term "Natural"

Whenever food comes with a health claim on its label, exercise caution. Can Cocoa Krispies really "support immunity” because some Vitamin C was added? Does a box of Cheerios “reduce cholesterol” because it contains some cereal fiber? You can thank the Supreme Court for this hyperbole, because the rules of commercial speech allow companies to say things that are meaningless...

Can We Talk? About Food and Drug Regulation and the First Amendment

There has been no shortage of speech recently about the applicability of the First Amendment to regulation by the Food and Drug Administration (FDA). For much of the past decade, FDA has been forced to defend its statutes and regulations against legal challenges based on the First Amendment, and has lost several high-profile cases...

This casebook is intended to be used as a supplement by teachers of administrative law at California law schools in conjunction with one of the regular administrative law casebooks. The vast majority of students at California law schools will practice in that state. California administrative law varies dramatically from federal law and the law of other states. Its law relating to rulemaking, adjudication, and judicial review is skewed in the direction of protecting private interests and contains many statutory provisions and case law doctrines of great value to private practitioners. The authors believe that a study of California administrative law will add significant value to a course which otherwise dwells on federal law. This book (and the accompanying teacher's manual) is designed to make it easy for instructors to supplement the basic course with whatever amount of California material they find interesting and helpful.

Breaking The Federal-State Impasse Over Medical Marijuana: A Proposal

California's Proposition 215 legalizes the medical use of marijuana. Since its passage, the State of California and the federal government have been engaged in legal skirmishing over its implementation. In this article, Professor Cohen describes the current legal status of medical marijuana and the current scientific views about its efficacy for various medical purposes. She appeals to California's Governor Gray Davis to break the costly legal impasse between federal and state governments over medical marijuana. She proposes that the Governor support the scientific efforts needed to determine whether, and for what, marijuana is good medicine. Further, the Governor should negotiate with the federal government to obtain both adequate marijuana for those scientific efforts and the drug's reclassification, if found effective, to enable its pharmaceutical use. Once marijuana is either determined to have no medical benefits or is available as a pharmaceutical, and in return for federal cooperation, the Governor's Office should agree to seek the repeal of Proposition 215 as no longer necessary.

Justice Raymond L. Sullivan is widely and properly lauded, in this volume and elsewhere,' for his influence on California law to which he contributed more than 300 opinions during 15 years on the California Supreme Court and the California Court of Appeal.2 He is also remembered for his 31 years of providing excellent legal counsel as a private practitioner in San Francisco. While Justice Sullivan's prodigious skill as a teacher is less widely known, those of us who were fortunate to be taught by him-as his clerks or his students-remember and appreciate him primarily for his contribution to our own education.