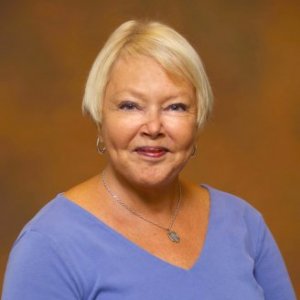 
A leading marketing expert helping businesses in the hospitality industry bounce back from crises, including the COVID-19 pandemic.

Marsha Loda co-owned an advertising and public relations agency in Memphis, TN for almost 20 years. She grew the public relations department from one staff member to a division with gross income exceeding one million dollars. At the agency, she worked with a variety of national media reporters including Associated Press, Wall Street Journal, Chicago Sun Times, Washington Post, New York Times, Dallas Morning News, Houston Chronicle, Los Angeles Times, ABC Evening News, The Today Show, BET, BBC and Paris Television. Before committing to her doctoral studies full time in 2001, Marsha was marketing director for the largest tourism business in the state of North Carolina. At Harrah's, she directed the advertising, sales, public relations, direct marketing, entertainment and affinity card departments with a combined staff of 42 people and a marketing budget of $28 million. She also served as media spokesperson for the property. Marsha has a masters degree in communications from the University of Memphis, from which she received the Department of Journalism's Distinguished Alumni Award. In 2003, she completed her Ph.D. at Clemson University. She was named Assistant Professor in the Hull College of Business in 2007.

Outstanding Teacher of the Year (professional)

An award given at Augusta University

Given by the Beta Gamma Sigma

An award given at Augusta University

Don’t bet on it: A successful casino in Augusta would be a long shot

"Because the state of Georgia and the Augusta Commission are considering casinos in our area, I think it is important to look at what has happened in other casino markets - not just from a moral perspective, but also from an economic perspective." - Dr. Marsha Loda

"A sad thing happened on the way to a fun evening on the South Slope. We went to the new Green Man brewery. Were we in Charlotte? In Atlanta? Or upstairs at the Carolina Ale House chain in Greenville? There are a couple of truisms in hospitality and tourism marketing that foretell disaster, and this new brewery had them both. This is why I was sad." - Dr. Marsha Loda