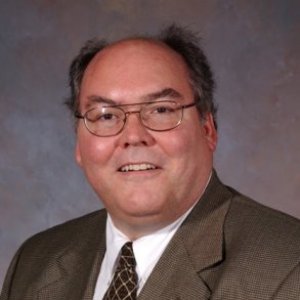 
Dr. Medhurst is a Distinguished Professor of Rhetoric & Communication and a Professor of Political Science at Baylor University. Dr. Martin J. Medhurst, Distinguished Professor of Rhetoric and Communication and professor of political science at Baylor, is an expert on presidential rhetoric and political communication. He has been interviewed recently by CBS Evening News with Scott Pelley about the campaign of Republican presidential nominee Donald Trump. He also has been quoted as an expert source by The New York Times, The Wall Street Journal, Christian Science Monitor and The Dallas Morning News.

He is the author or editor of 13 books, among them Rhetorical Dimensions in Media: A Critical Casebook; Cold War Rhetoric: Strategy, Metaphor, and Ideology; Landmark Essays on American Public Address; Dwight D. Eisenhower: Strategic Communicator (1993), Eisenhower's War of Words: Rhetoric and Leadership; and Presidential Speechwriting. He is the founding editor of the journal Rhetoric & Public Affairs.

Awarded by the Pennsylvania Communication Association

'He wanted to give the persona of the tough guy, and I think he did,' Medhurst said. 'There was very little eloquence in the speech. . . . His voice was forceful. The language was simple...'"

Trumpin’: A long, strange trip for America is about to begin

"Here’s one thing working in Trump’s advantage for his speech:

'Expectations are so low that I really think he might be able to surprise people'” Baylor University rhetoric and political science professor Martin J. Medhurst tells Newsday’s Tom Brune..."

Professor: 2016 election will be studied for decades

"One local professor, who is nationally acclaimed for his expertise in political rhetoric, said the nation will not see another election like this again for a century.

Dr. Martin Medhurst is a Distinguished Professor of Rhetoric and Communication and Professor of Political Science at Baylor University.

He has studied the rhetoric of presidents such as George H. W. Bush and Dwight D. Eisenhower and has written or edited 13 books on both rhetoric and the importance words play during a president’s terms..."

"He rambles, he blunders, he sensationalizes, but it's hard to deny that Donald Trump has a stocked rhetorical toolbox, full of strategies like 'truthful hyperbole.'

'I've been studying presidential rhetoric for 40 plus years now and I cannot recall an instance in any campaign or any presidency where people have used language the way Donald Trump is using language,' Martin Medhurst, a Baylor University professor of communication and political science, told AFP..."

"'This is unique in the annals of presidential campaigns, at least in the last 30 or 40 years,' said Martin Medhurst, a communications professor at Baylor University in Waco, Texas, who studies presidential rhetoric. 'You can use that once or twice and get away with it, but you can’t use it over and over again because very quickly people say it’s not sarcasm: it’s covering your you-know-what...'"

Looking Back on Our Scholarship: Some Paths Now Abandoned Quarterly Journal of Speech

This short essay surveys the breadth of scholarship published in the Quarterly Journal of Speech since its beginnings in 1915. I argue that many of the areas once regularly published in QJS have slowly—and rightly—migrated to other journals or other fields entirely. However, there are four areas that have only recently disappeared from the pages of QJS, and these areas—translations of key texts, studies in textual authenticity, rhetorical history, and studies of non-academic rhetorical practitioners—need to be recovered. By recuperating these four areas, QJS will better represent ...

I was first introduced to the scholarship of Richard B. Gregg in my M.A. program at Northern Illinois University. It was the fall of 1974 and the course was “The Rhetoric of Social Protest,” taught by Richard L. Johannesen. We read Gregg’s much-cited article on the “ego-function” of protest rhetoric (“The Ego-Function of the Rhetoric of Protest”). The next year, still at NIU, I would read Gregg’s chapter on the Senate Foreign Relations Committee’s Vietnam hearings published in Explorations in Rhetorical Criticism, edited by G. P. Mohrmann, Charles J. Stewart, and Donovan J. Ochs ...

This article raises questions about the database of major presidential speeches proposed by Kevin Coe and Rico Neumann. Specifically, I argue that the rationale for the database is weak, the underlying philosophical problems are substantial, and the methodological flaws are serious, including a failure to follow their own criteria in the compilation of the database.

Michael Leff, the Devil, and Me: Remembering a Friend and Scholar Rhetoric & Public Affairs

If the life of any one scholar could be said to embody the contemporary renaissance of rhetorical studies, then that scholar would be Michael Charles Leff. Trained in classical rhetoric, Leff was a rhetorical virtuoso. His areas of expertise ran the gamut from Isocrates to Latin rhetorical theory to medieval dialectics to the New Rhetorics of the twentieth century, from theories of topical invention in antiquity to modern theories of style, from analysis of the speeches of Cicero to profound reflections on the orations of Abraham Lincoln and Martin Luther King Jr., from ...

On July 8, 2003, at Goree Island, Senegal, George W. Bush delivered the most important speech on American slavery since Abraham Lincoln. As an example of rhetorical artistry, the speech is a masterpiece, putting the brutality of slavery into historical, political, and theological perspective. Although the speech had deliberative effects—it grew out of, and contributed to, the Millennium Challenge as well as the administration's African AIDS initiative—it was primarily an epideictic speech that envisioned Providential history as its audience. By adopting the God of history as audience ...