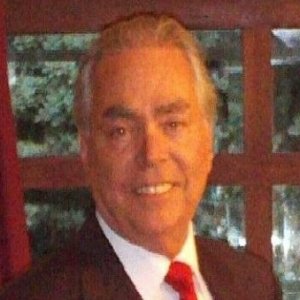 
I am a sports innovator and an ancient Americas ballgames history buff presenting a talk plus a unique hands-on coed field experience. 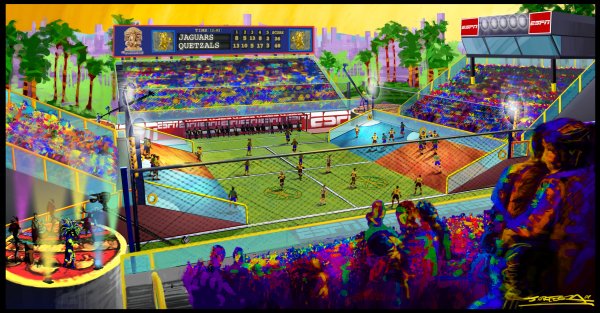 Everybody knows that ancient Maya and Aztec kings and queens played some particularly brutal ballgames, at times resulting in the losing royal getting his or her head chopped off. Or was it the noble winner, because the loser was not worthy?

Clearly there had to be more to the story than that, which is why Modern Royal Ballgames founder, head coach and former financial professional Martin K. Zitter decided to research and develop an updated sustainable revival of these ball sports in Pasadena, CA.

According to an 1999 MIT laboratory analysis, the ancient Olmec people of southern Mexico learned to collect raw latex from Gulf Coast rubber trees 3600 years ago and mix it with certain other plant extracts to synthesize the world's first vulcanized rubber, long before Charles Goodyear.

From this highly elastic polymer they then created an active trade in a wealth of artworks and products, including, of course, a variety of thousands of rubber playing balls.

These games, with balls ranging from a one-pound softball size to a twelve-pound the size of a basketball, were played for over 150 generations on some 1700 purpose-built ballcourts throughout Mesoamerica, terminating eventually with the Spanish Conquest.

In an entirely unique program, Coach Zitter presents a concise 18-minute slideshow survey of this intriguing history and then invites the audience to a gymnasium or large lawn or sports field to actually physically participate in such a game on a customized apparatus.

Numerous groups in Southern California, ranging from middle and high schools to the Boys and Girls Clubs to campuses such as Occidental College and Cal Poly Pomona have delighted in the program. We are eager to bring our event to your venue.

Soccer has long remained unchallenged as the dominant ballsport among Latin Americans. Until now. That’s because we've rediscovered an ancient indigenous ballgame played by the Mayas that is potentially far more interesting. We have adapted and will present that game as a unique modern competitive mixed-gender ballsport that we expect will soon capture a noticeable share of the $1 trillion worldwide sports market.