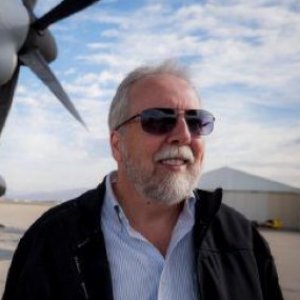 
F. Martin Ralph is a research meteorologist focused on understanding the processes that create extremes in precipitation. 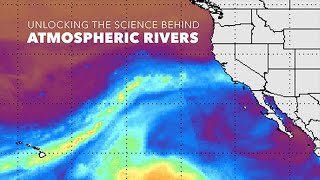 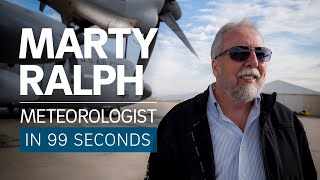 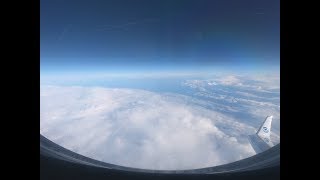 Ralph is a research meteorologist focused on understanding the physical processes that create extremes in precipitation ranging from flood to drought, and on advancing associated observations, predictions, climate projections and decision support tools. He is considered a leading authority on atmospheric rivers, the organized bands of water vapor in the atmosphere prevalent in the western United States that frequently deliver much of the West’s precipitation. Understanding atmospheric rivers is vital to the economic future of California, a state prone to drought that is also one of the most agriculturally productive regions in the world.

From 2001 to 2013 he was chief of the Water Cycle Branch at NOAA's Earth System Research Laboratory in Colorado where he led the development of the Hydrometeorology Testbed. He also managed NOAA’s Science, Technology and Infusion Program, chaired NOAA’s US Weather Research Program Executive Committee, and led the creation of NOAA’s Unmanned Aircraft Systems Program. In 2013, he moved to Scripps Institution of Oceanography at UC San Diego where he founded and directs the Center for Western Weather and Water Extremes (CW3E).

A major goal through his career has been to better understand, monitor, and predict key elements of the global water cycle including water vapor transport, precipitation and runoff. Scientific understanding of atmospheric rivers, which are critical to both the global water cycle and to the distribution of precipitation and flooding in key parts of the world, is a major thrust. Using these results to evaluate and improve short-term precipitation forecasting and to provide reliable regional climate projections of flooding and water supplies in several areas of the world, are desired outcomes. The application of these findings to key users of weather and climate information on extreme events in the Western U.S. is being developed through new observing strategies, modeling and the creation of decision support tools tailored to user needs.

Ralph has helped lead the establishment of testbeds as a method to accelerate the development and infusion of new science and technology into weather and climate forecasting operations. He has developed new projects, experiments and teams on several subjects, most having to do with observations, physical understanding, precipitation extremes, predictions and decision support tools.

Marty Ralph is a research scientist studying the atmosphere and oceans at the Scripps Institution of Oceanography. He is one of the nation’s foremost experts in atmospheric rivers. This one, he says, is a biggie...

Why atmospheric rivers can be a blessing and a curse

They benefit our water supply, but if they come with too much intensity or on top of the previous storm that’s already made the ground real wet, they can also create major hazards," said Marty Ralph, director at the Center for Western Weather and Water Extremes at UC San Diego, who studies the storm systems...

“Exactly where they (atmospheric rivers) hit and when, and how strong they are, determines a lot about the precipitation — where the heaviest rains are in the region,” said mission director Marty Ralph, shortly before boarding the hourslong flight that took off about 25 miles north of Seattle...

2018 Atmospheric rivers (ARs) come in all intensities, and clear communication of risks posed by individual storms in observations and forecasts can be a challenge. Modest ARs can be characterized by the percentile rank of their integrated water vapor transport (IVT) rates compared to past ARs. Stronger ARs can be categorized more clearly in terms of return periods or, equivalently, historical probabilities that at least one AR will exceed a given IVT threshold in any given year. Based on a 1980-2016 chronology of AR landfalls on the U.S. West Coast from NASA's Modern-Era Retrospective Analysis for Research and Applications, version 2 (MERRA-2), datasets, the largest instantaneous IVTsgreater than 1700 kg m(-1) s(-1)have occurred in ARs making landfall between 41 degrees and 46 degrees N with return periods longer than 20 years. IVT values with similar return periods are smaller to the north and, especially, to the south (declining to similar to 750 kg m(-1) s(-1)). The largest storm-sequence IVT totals have been centered near 42.5 degrees N, with scatter among the top few events, and these large storm-sequence totals depend more on sequence duration than on the instantaneous IVT that went into them. Maximum instantaneous IVTs are largest in the Pacific Northwest in autumn, with largest IVT values arriving farther south as winter and spring unfold, until maximum IVTs reach Northern California in spring.

The gauging and modeling of rivers in the sky

2018 California's winter storms produce intense rainfall capable of triggering shallow landslides, threatening lives and infrastructure. This study explores where hourly rainfall in the state meets or exceeds published values thought to trigger landslides after crossing a seasonal antecedent precipitation threshold. We answer the following questions: 1) Where in California are overthreshold events most common? 2) How are events distributed within the cool season (October-May) and interannually? 3) Are these events related to atmospheric rivers? To do this, we compile and quality control hourly precipitation data over a 22-yr period for 147 Remote Automated Weather Stations (RAWS). Stations in the Transverse and Coast Ranges and portions of the northwestern Sierra Nevada have the greatest number of rainfall events exceeding thresholds. Atmospheric rivers coincide with 60%-90% of these events. Overthreshold events tend to occur in the climatological wettest month of the year, and they commonly occur multiple times within a storm. These state-wide maps depict where to expect intense rainfalls that have historically triggered shallow landslides. They predict that some areas of California are less susceptible to storm-driven landslides solely because high-intensity rainfall is unlikely.

2018 Accurate forecasts of precipitation during landfalling atmospheric rivers (ARs) are critical because ARs play a large role in water supply and flooding for many regions. In this study, we have used hundreds of observations to verify global and regional model forecasts of atmospheric rivers making landfall in Northern California and offshore in the midlatitude northeast Pacific Ocean. We have characterized forecast error and the predictability limit in AR water vapor transport, static stability, onshore precipitation, and standard atmospheric fields. Analysis is also presented that apportions the role of orographic forcing and precipitation response in driving errors in forecast precipitation after AR landfall. It is found that the global model and the higher-resolution regional model reach their predictability limit in forecasting the atmospheric state during ARs at similar lead times, and both present similar and important errors in low-level water vapor flux, moist-static stability, and precipitation. However, the relative contribution of forcing and response to the incurred precipitation error is very different in the two models. It can be demonstrated using the analysis presented herein that improving water vapor transport accuracy can significantly reduce regional model precipitation errors during ARs, while the same cannot be demonstrated for the global model.

The role of atmospheric rivers in extratropical and polar hydroclimate

2018 Atmospheric rivers (ARs) are narrow, long, transient, water vapor-rich corridors of the atmosphere that are responsible for over 90% of the poleward water vapor transport in and across midlatitudes. However, the role of ARs in modulating extratropical and polar hydroclimate features (e.g., water vapor content and precipitation) has not been fully studied, even though moistening of the polar atmosphere is both a key result and amplifier of Arctic warming and sea ice melt, and precipitation is key to the surface mass balance of polar sea ice and ice sheets. This study uses the Modern-Era Retrospective analysis for Research and Applications, Version 2 reanalysis to characterize the roles of AR water vapor transport on the column-integrated atmospheric water vapor budget in the extratropical and polar regions of both hemispheres. Meridional water vapor transport by ARs across a given latitude (examined for 40 degrees, 50 degrees, 60 degrees, and 70 degrees) is strongly related to variations in area-averaged (i.e., over the cap poleward of the given latitude) total water vapor storage and precipitation poleward of that latitude. For the climatological annual cycle, both AR transport (i.e., nonlocal sources) and total evaporation (i.e., local sources) are most correlated with total precipitation, although with slightly different phases. However, for monthly anomalies, the water budget at higher latitudes is largely dominated by the relationship between AR transport and precipitation. For pentad and daily anomalies, AR transport is related to both precipitation and water vapor storage variations. These results demonstrate the important role of episodic, extreme water vapor transports by ARs in modulating extratropical and polar hydroclimate. Plain Language Summary The term atmospheric river (AR) was coined by scientists Zhu and Newell in the early 1990s with the main result highlighting the importance of relatively infrequent, long conduits of strong moisture transport being responsible for most of the poleward transport of moisture across the midlatitudes and into the polar regions...