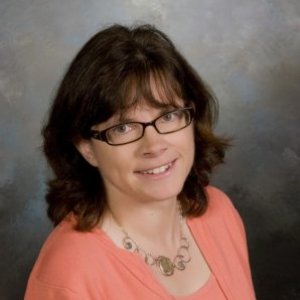 In just over 20 minutes, Mary Beth Swetnam Mathews can give you the 100-year history between emancipation and the civil rights struggle, focusing on slave religion and churches. And that’s just a taste of this professor’s expertise in American religious history and politics in the United States.

A self-titled “guide on the side,” the University of Mary Washington professor encourages her students and audiences to engage in her lectures by asking questions.

“We have a lot of diversity in terms of religious faith and backgrounds,” says Dr. Mathews. “Our [classics, philosophy and religion] department does everything it can to foster that.”

The author of "Rethinking Zion: How the Print Media Placed Fundamentalism in the South," Dr. Mathews is an expert in American religious history, Protestant fundamentalism and evangelicalism, African-American religions, and religion and politics in the United States.

Dr. Mathews previously worked for a U.S. senator and a member of the U.S. House of Representatives.

Religion and Politics of the U.S.

The College of William and Mary: A.B., Government and Religion 1986

There, Mary Beth Mathews, an associate professor in the department of classics, philosophy and religion at the University of Mary Washington, spoke on the nation’s history of religious freedom. She noted that the framers of the U.S. Constitution were primarily Protestants of European descent, which informed their approach to the document. “Christianity was their common background,” she said, pointing out that they were Anglicans, Baptists, Presbyterians, Dutch Reformed and a few were deists...