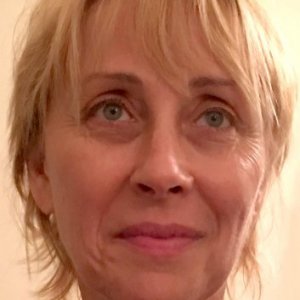 Mary Kuryla’s collection Freak Weather: stories was selected by Amy Hempel for the Grace Paley Prize in Short Fiction and was published by the University of Massachusetts Press in 2017.
Her novel Away to Stay is forthcoming with Regal House Press in 2021.
Her stories have received The Pushcart Prize and the Glimmer Train Very Short Fiction Prize and have appeared in Conjunctions, Pleiades, Agni, Witness, Epoch, Shenandoah, Denver Quarterly, The New Orleans Review, and Strange Horizons, Greensboro Review, Alaska Quarterly Review, and elsewhere.
Kuryla co-authored a series of children’s books with Newbery Honor winner Eugene Yelchin, including The Next Door Bear, The Heart of a Snowman, and Ghost Files: The Haunting Truth, all with Harper Children’s Books.
As a filmmaker, Kuryla’s feature film, Freak Weather premiered at the Toronto International Film Festival and was in competition at the International Film Festival Rotterdam. Her award-winning short film Memory Circus premiered at Sundance. Several of Kuryla’s short stories have been adapted into award-winning films. She is in preproduction on her second feature film, Jorie Lee Crosses the Line.
In screenwriting, Kuryla has written screen adaptations, including Gordon Lish’s Dear Mr. Capote for John Malkovich to direct, as well as screen adaptations for Mr. Mudd Films, United Artist and MGM, among others. Her first feature, Bunny Girl was optioned by Generation Films. She has written a screen adaptation of her novel, Away to Stay for the actor John Carroll Lynch to direct. Kuryla was a consulting story editor for the WGN TV one-hour serialized drama, Salem.

Freak Weather was published by University of Massachusetts Press. “There is a feral quality to these stories, an attitude that is truly startling. The language is perfectly matched to the not-so-conflicted women. The treatment of people in over their heads is both tough and surprisingly moving. The “action” resides as much in the brisk, fresh language as in what these people conjure in a crisis. Ultimately, the author delivers stories unlike anyone else’s.” — Amy Hempel, Grace Paley Prize judge

Witness: The Modern Writer As Witness

Women directors made Oscar-worthy films this year. Here’s what they think about not being recognized.

"If the trend continues as it has for the last couple of decades, it should take seven or eight more years for a woman to earn an Academy Award nomination for best director."

A WORD ABOUT WRITING

AN INTERVIEW WITH MARY KURYLA

David Cronenberg, Unbound by the Niceties of Taste, Propriety

Review of "A Dangerous Method"