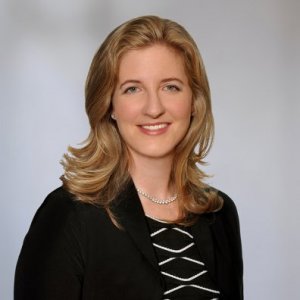 Recognized as a Future Star by Benchmark Litigation Canada in 2015. (professional)

Benchmark Litigation Canada, 2015 Recognized for her pro bono work on behalf of a UN employee who obtained widower’s benefit after his same-sex partner died while working for the UN. Precedent setting case was recognized by Lexpert Magazine’s Zenith Award in 2011.

The pro bono efforts of Mary Paterson, a lawyer in Osler, Hoskin & Harcourt’s Toronto office, have been instrumental in making Crown disclosure a reality for self-represented litigants in Ontario’s traffic court.

Arbitrators and trial judges should have the last word in most cases that turn on the interpretation of contracts, the Supreme Court of Canada has found.

We are proud to announce that the Turnaround Management Association (TMA) has awarded the Transaction of the Year, in the mid-size company category, to the sale of Arctic Glacier.

The decision in 1250264 Ontario Inc. v. Pet Valu Canada Inc. is important because it confirms that the deadline for opt-out periods is effectively carved in stone. It also grants dissident plaintiffs greater liberty in how they voice their opinions over the suit.

Tax disputes on the rise as government increases audit resources

In response to mounting public concern over tax avoidance and evasion, the federal government in Budget 2016 announced the dedication of an additional $444.4 million to the Canada Revenue Agency (CRA) over the next five years to combat these issues. A Standing Committee on Finance was convened to study the CRA’s efforts in this regard. The federal funds are slated for hiring additional auditors and specialists and combatting criminal tax evasion, and are expected to generate an additional $2.6 billion in revenue for the federal government.

On April 12, 2016, the Alberta Court of Queen’s Bench stayed an action started by Toyota Tsusho Wheatland Inc. (TTWI) against Encana Corporation (Encana) and referred the vast majority of the claims to arbitration. The Court’s decision, reported in Toyota Tsusho Wheatland Inc. v. Encana Corporation, 2016 ABQB 209, upholds the contractual autonomy of parties to have their disputes determined by mandatory arbitration, even where the arbitration touches on the interests of third parties not privy to the arbitration agreement.

At this half-day program, prominent litigators share with you their time-tested strategies and practical advice on topics ranging from preparing your case to the closing argument.

The Ontario Court of Appeal has now emphasized that the tort of intentional interference with economic relations has narrow applicability, but does occur. In its March 2, 2016 decision in Grand Financial Management Inc. v. Solemio Transportation Inc., the Court considered a case in which one party (Grand Financial) threatened to put another (Solemio) out of business. Grand Financial also sought to disrupt Solemio’s business by influencing the actions of a third party (Arnold Bros.) and illegitimately seizing security interests held by another third party (RBC).

Arbitral Award Not Enforced Because Service Was Ineffective

The Ontario Court of Appeal recently refused to allow enforcement of an arbitral award because the Notice of Application seeking enforcement was not properly served on a foreign state under the State Immunity Act (“SIA").

Issues of contractual interpretation have been routinely certified as common issues in class proceedings, often with very little analysis.

Supreme Court Focuses on Getting to the Merits

The Supreme Court of Canada's trilogy in late 2013 focused on getting to the merits of class proceedings more efficiently. This article considers how the courts in common law provinces implemented these directives in 2014, with a focus on evidentiary requirements, preferable procedure analysis and refinement of common issues. We also discuss how the efficiency principle is affecting procedural rulings in cross-border cases and driving increased use of summary procedures in class actions. We will continue to watch these developing trends in 2015.

Supreme Court of Canada Limits the Right to Appeal Commercial Arbitral Decisions: Contractual Interpretation Is a Question of Mixed Fact and Law

On August 1, 2014, the Supreme Court of Canada (the “S.C.C.”) changed the landscape of arbitral and appellate advocacy in contractual disputes.