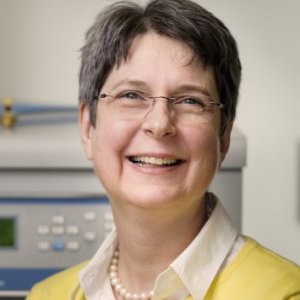 
Science Expert, with Specialty in Chemistry of Materials

Mary Anne White is Harry Shirreff Professor of Chemical Research (Emerita) at Dalhousie University, Halifax. She is a specialist in the research area of energetics and thermal properties of materials. Mary Anne is an author of more than 180 research papers and also a textbook, “Physical Properties of Materials,” now in its second edition. She also is Editor for Materials Science for the McGraw-Hill Encyclopedia of Science and Technology. Mary Anne has been active throughout her career in bringing science to the general public: helping establish the hands-on Discovery Centre in Halifax; many presentations for schools, the general public and others (including a lecture for Members of Canada’s Parliament and Senate in the Bacon & Egghead series); booklets on science activities for children; more than 150 articles for educators or the general public; appearances on television; 14 years as a regular contributor on CBC Radio’s “Maritime Noon” fielding listeners’ science questions live on air. Mary Anne was awarded the 2007 McNeil Medal of the Royal Society of Canada, and a Doctor of Science (honoris causa) from both McMaster University and from UWO. She is also the recipient of the Noranda Award for contributions to physical chemistry and the Union Carbide Award for Chemical Education. In 2012, she received an American Chemical Society Award for Incorporation of Sustainability into Chemical Education. In 2013, she was elected as a Fellow of the Royal Society of Canada, and in 2016 she was installed as an Officer of the Order of Canada.

Officer of the Order of Canada (professional)

for her contributions to chemistry, which have advanced our understanding of the thermal properties of materials, and for her leadership in science outreach initiatives

Fellowship in the Royal Society of Canada (professional)

Mary Anne White is a world leader in experimental investigations of thermal properties of materials, at the overlap of chemistry, physics and materials science. Her contributions to the basic understanding of thermal conduction in solids and phase stability in complex systems have advanced science and led to new directions in applications such as more efficient thermoelectric materials and thermally erasable paper.

from the University of Western Ontario

McNeil Medal of the Royal Society of Canada (professional)

for Public Awareness of Science

Motörhead's Lemmy and the chemistry in naming new elements

Interview concerning the names of the newest elements, and singing of Tom Lehrer's "The Elements".

What is the coldest temperature to use road salt?

What is the coldest temperature to use road salt? Why can it not be used at lower temperatures?

Is it too cold for road salt?)

Can it be too cold for road salt?

Science and Snow and Ice

Why do snow flakes have 6 points?

What is materials science?

What is the subject of materials science, and why is it important?

What is the science behind making good pie pastry?

What ingredients and processes make good pie pastry and why?

What's New About the Elements?

Tag for tracking of fish that goes offline when that fish has been eaten.