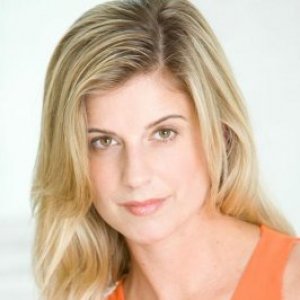 
Dr. Caulfield teaches English and Humanities, and has appeared on stage in New York, London and Dublin.

Dr. Mary Caulfield is Assistant Professor of English and Humanities at Farmingdale State College. She teaches in areas related to drama and speech, and researches in the field of Women’s Theatre and Performance, and Modern Drama, with special interest in Irish Theatre practices. Caulfield's work has appeared in Theater Research International and her most recent publications include two co-edited volumes entitled, Ireland, Memory and Performing the Historical Imagination (Palgrave Macmillan, 2014) and The Theatre of Edna Walsh (Carysfort Press, 2015). In addition to her teaching and research interests, Caulfield is also a actor. She has performed on stage in London, New York and Dublin. 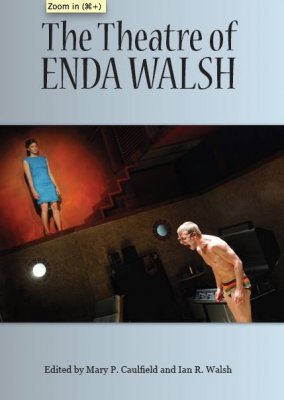 Nominated for the Irish Echo's Top 40 Irish-Americans Under 40

Travel scholarship for presentation of research at the annual conference at The University of Pecs, Hungary.

"A Hunted Beast on a Bike": Markievicz, Mobility and National Maturation

Monuments and Landscapes in the Performance of Nation

Revising the Rising: Constance Markievicz and the Myth of the Nation

"The Woman with a Garden": Constance Markievicz in the Performance of the Nation

‘The Dustcover of the Nation’: Constance Markievicz’s National Costume and Images of Irish Indigenousness

"The collection admirably brings together a highly diverse range of voices and arguments that capture and explore varying elements and moments of Irish history from the nineteenth century onward."

Grant for presentation of research at the International Federation for Theatre Research annual conference in Munich, Germany

Title by Title Scheme funding for edited collection, “The Theatre of Enda Walsh”

Title by Title Scheme funding for edited collection, “The Theatre of Enda Walsh”

Royalists to Revolutionaries: a Look at Early Irish Theatre

Royalists to Revolutionaries: a Look at Early Irish Theatre

The Female Monument in Performance and Cultural Memory in Dublin

The Female Monument in Performance and Cultural Memory in Dublin

Inseparable and No Longer Subsequent: The Relocation and Representation of Women in Irish Theatre Practices

Inseparable and No Longer Subsequent: The Relocation and Representation of Women in Irish Theatre Practices

A survey of Western drama stressing close reading of plays from ancient Greece, Elizabethan and Restoration England, nineteenth- century Scandinavia and Russia, and twentieth-century Britain and American. The changing concepts of comedy and tragedy are discussed. This is a writing-intensive course.

Students will read selected short fiction and novels by English, American and other writers, and view the films that have been made from them by prominent directors. The course will develop students' understanding and appreciation of both literature and film. Students will examine how great writers elicit the complex response they do from their readers, and then explore the ways that film provides an interpretation of literature. Analysis and discussion will center on how the visual medium shapes literature as various directors adapt texts for the screen. The ability to interpret the texts and films appreciatively and critically will be assessed through a series of class projects and examinations. This is a writing-intensive course.

This course introduces students to the Classical Greek Theater and its three great Athenian tragedians: Aeschylus, Sophocles, and Euripides through close readings of surviving texts in translation and through viewings of modern productions of these ancient theatrical works. Focusing on these playwrights' works both as art forms and as products of a specific historical society, the course will address the role this drama played in the lives, culture, and aesthetic sensibilities of the ancient Greeks as well as its role as a living art form in contemporary society.

A survey of representative comedies, tragedies, romances, and histories showing Shakespeare's dramatic variety. Acting styles are emphasized with the use of recordings, tapes and, when possible, live performances.

This course prepares students in the following areas of effective expository and persuasive public speaking: audience analysis; topic selection; appropriate use and documentation of supporting material; organization and outlining techniques; aspects of delivery which include appropriate eye contact, posture, use of notes, elements of voice such as rate and volume, and the use of presentational visual aids. Group discussion and problem solving exercises will also be provided, and students will engage in peer feedback throughout the course.