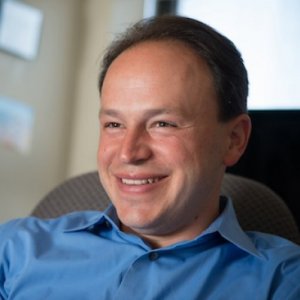 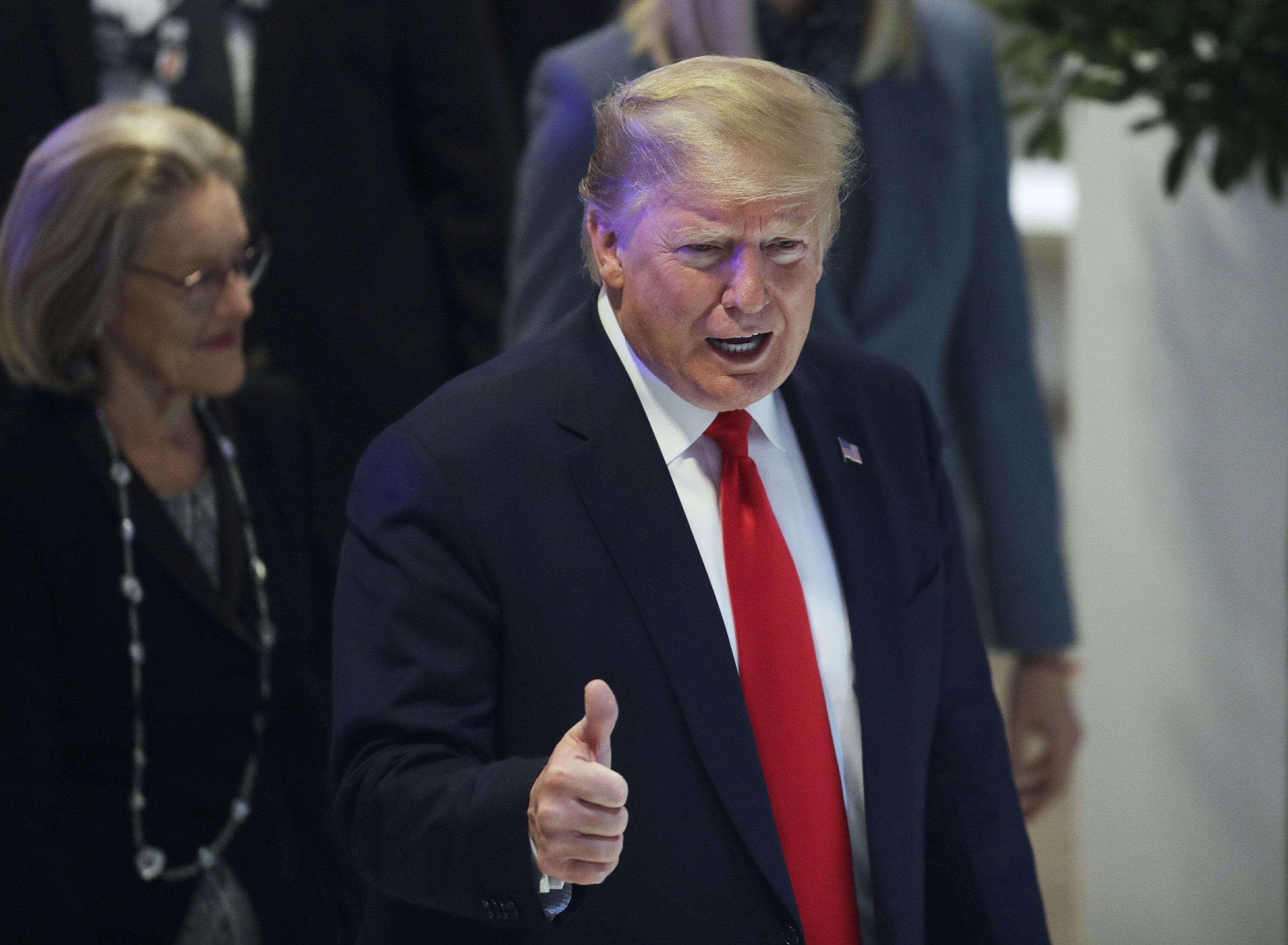 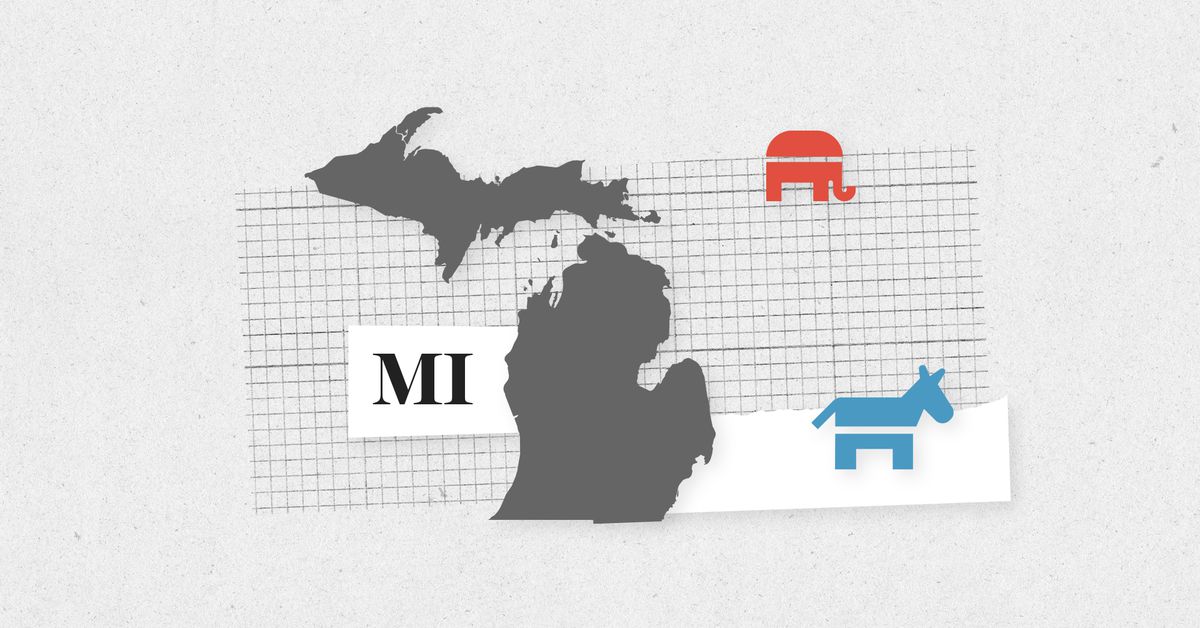 As Trump’s tide goes out … Will Michigan ride the biggest of blue waves in November? 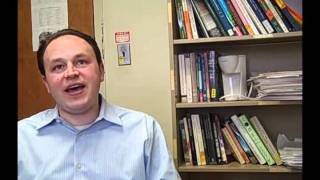 As an expert on American politics and government, Matt Grossmann's research spans national and state policymaking, election campaigns, interest groups, and political parties. His current work explores the scope and mechanisms of economic inequalities in policy influence and the missing policy consequences of Republican gains in the American states.

Grossmann is the author of numerous journal articles on such topics as policy change, political party networks, the legislative process and public opinion. His research appears in the Journal of Politics, Policy Studies Journal, Perspectives on Politics, American Politics Research and other outlets. He is also co-author of Campaigns & Elections, a textbook available through W. W. Norton, and he is editor of the volume New Directions in Interest Group Politics, from Routledge. He also writes for blogs and popular media.

His roots are also deep in practical politics, especially in candidate training, policy and survey research. His experience includes work at the Rose Institute of State and Local Government, the Institute of Governmental Studies, the Center for Voting and Democracy and the Center for Democracy and Technology. He served as a fellow for the Sunlight Foundation and co-authored a book for use in campaign leadership institutes.

A member of MSU’s faculty since 2007, he is founder and director of the Michigan Policy Network and served as liaison to MSU’s Washington Semester Program.

He received his bachelor’s degree from Claremont McKenna College, his master’s in political science in 2002 and doctorate from the University of California, Berkeley, in 2007. He became IPPSR director in January 2016. Grossmann is available by phone (517) 355-6672, by email at grossm63@msu.edu, on Twitter at @mattgrossmann and at www.mattg.org

An award given by the Midwest Political Science Association

An award given by Choice for Grossmann's book, "Artists of the Possible"

A new study combining historical data on demography and ideology in 21 Western democracies implies that the rise of right-wing populists like former President Donald Trump and events like Brexit "were not an abrupt departure from precedent, but rather the consequence of a 60-year-old international trend," The Economist writes. The shift appears to be global, Michigan State University's Matt Grossman noted on Twitter, but the United States "stands out as moving from almost no left/right division on education and a large division on income in 1970 to a large division on education and almost no division on income by 2010."

Biden's ability to gather more votes in “Trump country” proved crucial as both candidates inspired historic turnout. Matt Grossman, director of the Institute for Public Policy and Social Research at Michigan State University, said it will be tough to draw conclusions about what's happening in rural counties until precinct-level results are certified and more data is available. Grossman said it's possible that more populated and wealthier pockets of red counties voted for Biden while supporting down-ballot Republicans in other races.

Trump and Biden clash in ‘worst presidential debate in history’

Matt Grossman, director of the Institute for Public Policy and Social Research at Michigan State University, said the debate failed to offer undecided voters much opportunity to make up their mind. “Debates tend to have positive effects in that a lot of people tune in who haven't been paying very much attention ... I think we can't completely underestimate that, if people sat through it,” Grossman said. “But it wasn't a pleasant viewing experience, so I don't know if people who don't pay that much attention to politics would have sat through that whole debate.”

Republicans have released relatively little information about their convention programming and officials have sought to preserve the element of surprise. Trump has been so visible lately that there seems little he might say there that he hasn't already said in some public forum. Republican strategists see him as overexposed and therefore in danger of being tuned out by all but the most ardent supporters. “Law and order” has been the overriding theme of Trump's campaign advertising, but the ads have not had the intended impact on Biden's image. “The Republican convention has an opportunity to repaint Biden in negative light,” said Matt Grossmann, a political science professor at Michigan State University. If convention speakers can do that, then the November election becomes a choice between the two candidates rather than a referendum on the president, as it is now.

'Coronavirus is a local issue.' Democrats look to ride anti-Trump wave to capture state legislatures in 2020

An increased nationalization of elections helped Republicans take over seats Democrats had held onto in the South, said Matt Grossmann, director of Michigan State University’s Institute for Public Policy and Social Research. Grossmann said Trump’s unpopularity is both extending the gains Democrats have made in recent elections with college educated and suburban voters while also eroding some of his advantage with white, working class voters. “That's bad news for a lot of legislative districts that Republicans control,” he said

Why There Is No ‘Liberal Tea Party’

Since the election of Donald Trump, political analysts have expected a left-wing version of the Tea Party movement to arise. But Republicans still suffer from more ideological dissension even after gaining control of Washington. As the 2018 nomination season gets underway, analysts anticipate a network of insurgent candidates and activists to seek a liberal purification of the Democratic Party, in the same way that Tea Party members took aim at a detested Republican “establishment” via a series of formidable primary challenges and congressional leadership battles. Yet there has been no evidence of a national, ideologically motivated rebellion among Democratic primary voters, interest groups or donors.

With President Trump’s support, Republican majorities in both chambers of Congress recently enacted an enormous increase in government spending, reversing the only major policy victory of Tea Party insurgents in 2011. Given this blasphemy, where is the conservative revolt? The typical conservative cycle runs from backlash to embrace to disappointment — and we are right on schedule. After opposing government expansion and social change under Democratic presidents, conservatives typically give new Republican presidents the benefit of the doubt. By the time of the next counterattack against a new Democrat, historical revisionism sets in: Republican leaders are seen as part of the problem, being too accommodating to liberalism and selling out their principles.

Republican and Democratic voters disagree about a lot. But the divide between each party’s members is much wider than simply distinct policy positions and different evaluations of candidates. Each party’s supporters define the terms and stakes of political competition quite differently. Republicans believe they’re battling over two opposing ideologies, while Democrats view partisan conflict instead as a fight between different social groups. In our new book, Asymmetric Politics: Ideological Republicans and Group Interest Democrats, we show that this pattern has held true across decades of history and a variety of political contexts — and demonstrate that each group of partisans is fundamentally correct about its own side.

2015 Scholarship commonly implies that the major political parties in the United States are configured as mirror images to each other, but the two sides actually exhibit important and underappreciated differences. The Republican Party is primarily the agent of an ideological movement whose supporters prize doctrinal purity, while the Democratic Party is better understood as a coalition of social groups seeking concrete government action. This asymmetry is reinforced by American public opinion, which favors left-of-center positions ...

2012 "Lobbyist" tends to be used as a dirty word in politics. Indeed, during the 2008 presidential primary campaign, Hillary Clinton was derided for even suggesting that some lobbyists represent" real Americans." But although many popular commentators position interest groups as representatives of special—not" public"—interests, much organized advocacy is designed to advance public interests and ideas.

2010 We argue that citizens distinguish the tone of a campaign from the quality of information that it provides and that evaluations on each dimension respond differently to positive and negative political advertising. We test these claims using survey and advertising data from the 2000 presidential campaign and two 1998 gubernatorial races. In each race, citizens separate judgments about the tone of a campaign from judgments about the quality of information they have received.

2005 Conventional wisdom holds that the public dislikes campaigns for their negativity and superficiality, preferring a cleaner, substantive, and more deliberative process. By contrast, the implication of Hibbing and Theiss-Morse's (2002) Stealth Democracy is that, while citizens will indeed dislike campaigns, they do not necessarily desire more deliberation, debate, and discussion of issues. Instead they want simple cues that allow them to size up candidates with minimal effort. In this article, we test these theories with survey and focus ...