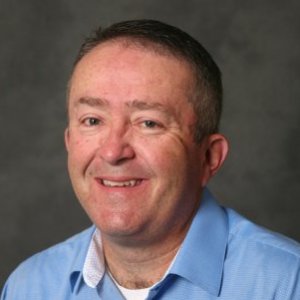 
Specializing in rhetoric and persuasion in public discourse, communication theory, and critical thinking

Dr. Barton is also a co-director for SUU’s innovative General Education program – Jumpstart – which has received national praise in education circles for challenging the norms of Gen Ed for students.

In addition to dozens of conference presentations and corporate trainings, Dr. Barton has authored, co-authored, and contributed to 18 books and research publications. He has received Top Paper Awards for his research in Health Communication, Rhetoric and Public Address, and Communication Education and Instruction.

Dr. Barton was awarded Tenure at SUU in 2008 and was named SUU’s Outstanding Educator in 2005 and a Service Learning Fellow in 2012. 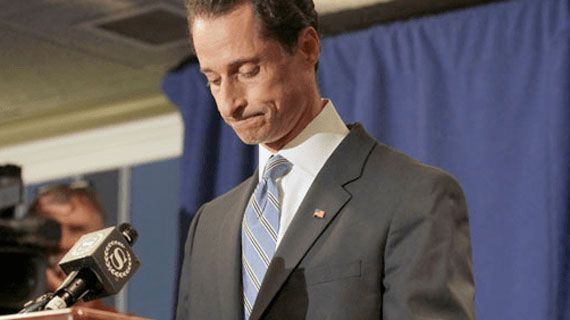 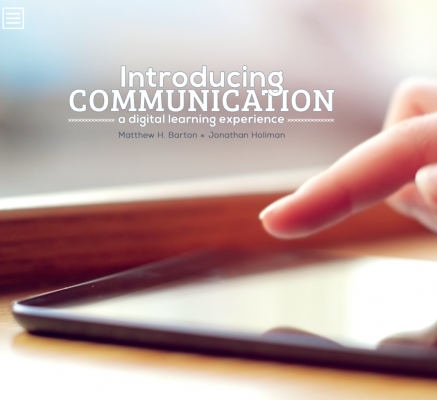 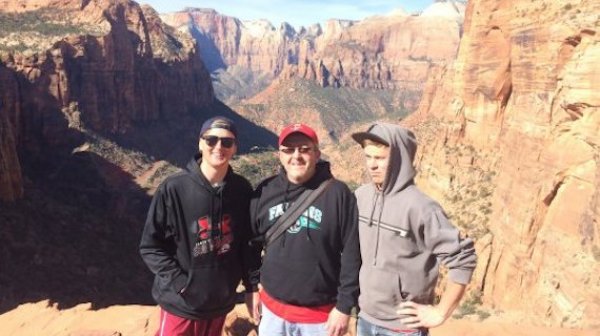 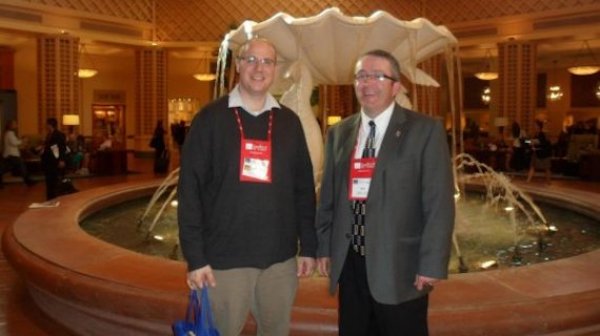 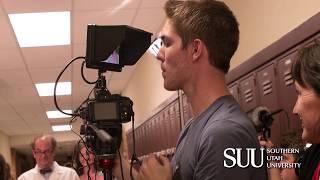 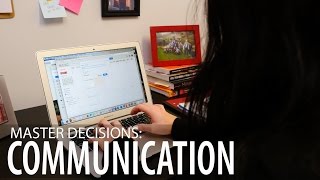 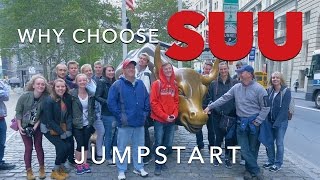 Conflict and Communication in Relationships

Professors Kevin Stein and Matthew Barton of the Department of Communication at Southern Utah University published this week a comprehensive analysis of apologies offered by public figures to understand the ways people use language to take or avoid responsibility for harmful behavior, such as infidelity, domestic violence, and deception.

“My professors challenged me academically, inspired me to explore new fields and helped me build a strong foundation in communication,” Topham said. “Sage Platt, Matt Barton, and Jonathan Holiman were great instigators in helping me get the most out of my experience at SUU.”

“Anytime we are recognized as a quality program, it validates the talent and efforts of our faculty to deliver a quality educational product,” said Barton. “We are constantly examining our curriculum to respond to industry trends and emerging job categories, and look at the communication skills necessary to message appropriately to specific stakeholders, clients, and customers.”

"For example, the class recently used Mark Twain’s The Adventures of Tom Sawyer as a central text. The English professor taught about the novel. An art historian led discussions on Mississippi River art. And Matt Barton, a professor of communications, used the book as a jumping-off point to teach about racial identity and social media..."

"While most freshmen don't start their college career by taking 17 credits, university leaders say the integrated coursework, closer working relationships with professors, and the collaboration among students in the group will be enough to help the students bear the heavier-than-normal workload. 'I think as we form that right at the start of college, it gives students an opportunity to learn from one another and to have a support group,' said Matt Barton, professor of communications and director of the university's master's program in professional communications..."

“I Approved this Message”: The Pornification of the Rhetorical Presidency

Always having to say you’re sorry: An extensive content analysis of the public apologies of global leaders, organizations, and celebrities during the past century

“I’m Sorry You Interpreted My Behavior the Way You Did”: Toward A New Understanding of the Nuances of Mortification

The study uses content analytic and grounded theory approaches to analyze 409 cases of public apologia from 351 different incidents in order to develop a typology of mortification-specific strategies. Its purpose is to offer a critique of existing scholarship and its inattention to the specific nuances of mortification. Historically, scholars have limited their conclusions to a discussion of strategy, while ignoring the reality that specific language choices need only appear to be sincere in order to satisfy the rhetor’s goal.

A digital publication and learning experience.

This study examined the influence of compliance-gaining messages on patients’ intent to comply with physician requests in treating Type II diabetes. Using Barbara O’Keefe’s research on message design logic, physician messages representing O’Keefe’s three paradigms of language use were examined in short semi-structured patient interviews. Questions examined which approach resonated best with patients related to cultivating positive attitudes about compliance with treatment plans. Results show rhetorical messages are most valued because patients feel their humanity and worth as individuals is reinforced while simultaneously being able to treat their medical condition.

140 characters to say “I Hate You”: Melissa Click, racism, and the media circus at Mizzou

University of Missouri communication professor, Melissa Click, dominated the news cycle in the fall of 2015 after she had attempted to expel a student journalist from a safe zone created by other students who were protesting the university administration’s indifference toward racism on campus. A video of the professor calling for “muscle” to remove the student journalist went viral, creating a firestorm of vitriolic attack on Click via her personal Twitter account as well as through the newly created feed #FireMelissaClick.

This study examines nurses’ experiences with the Numeric Rating Scale (NRS). These responses characterize the communication trials that nurses face with pain diagnosis, pain management, and overall patient care. Interviews with 20 nurses reveal three themes: subjective dissatisfaction, feeling limited, and subjective satisfaction. An analysis of these themes reveals the need for renewed discussion about the way pain is communicated and the challenging expectations nurses must regularly confront. Implications for listening to important, but often quiet, even silent, voices in pain management and clinical practice are discussed.

"Yeah there's an app for that": Using mobile applications in public speaking instruction.

To help students: 1) learn to use mobile applications as the basis for speech topic selection; 2) identify new outlets for using technology to acquire information and solve problems; 3) learn to use cloud-based information management tools to identify and organize research; 4) explore public speaking tools that can improve presentation and delivery skills.

Inside the first hundred days of Barack Obama's first term as president, he spoke on three different continents in an effort to strengthen diplomatic relations with other nations. In France, Obama declared that America “has shown arrogance and been dismissive, even derisive” toward Europe. In Latin America, he said the United States had not “pursued and sustained engagement with our neighbors”...

In the dark at Texas Tech: News coverage involving the image repair discourse of Mike Leach and Adam James

This chapter analyzes the charges surrounding Mike Leach’s decision related to one of his players while at Texas Tech University. Strategies are examined and conclusion drawn the public effort to repair his image.

When Bieber Fever strikes: Using Twitter as a new medium for attack and defense communication

Rhetorical analyses of image restoration and attack have characteristically centered on public figures because their images are the focal point of news conversation for traditional mass media outlets following events of public shame. Through the development of Web 2.0 technologies and microblogging sites like Twitter, publishing power has shifted the conversation about public figures and their

Introduces aspects of human communication that develop and implement presentation of speeches and investigates and executes strategies, principles, and theories, of interpersonal communication.

A study of critical thinking and reasoning skills toward messages delivered and received through various communication formats. The course is designed to aid the student in the ability to define a problem, select pertinent information for the solution of the problem, recognize stated and unstated assumptions, formulate and select relevant hypotheses, and make valid conclusions and inferences.

A study of interpersonal communication variables and situations, designed to aid the student in improving social relationships, increasing self-awareness and in using effective communication to achieve personal goals.

Advanced study of theories and models of persuasion. Stress on the literature of attitude and behavior change.

Theoretical approaches to the study of human communication.

Students learn the fundamentals of various qualitative and rhetorical research methods, with their associated theoretical bases and specific applications. These methods include: 1) Generic, metaphor, narrative, and Burkean criticism; 2) Ethnography and participant observation; 3) Semi-structured interviewing; and 4) Grounded theory. Students have the opportunity to conduct and write up their own qualitative/rhetorical studies from the start (formulating research questions) to finish (interpreting the findings and drawing appropriate conclusions).

A capstone experience demonstrating the ability to complete a professional thesis in consultation with a graduate committee. Students conceive, research, and produce a thesis in a relevant area of communication.