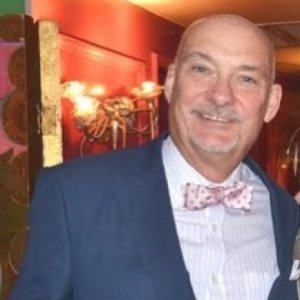 Professor of Practice | UC Hastings College of the Law

Before joining the UC Hastings faculty, he was Deputy National Legal Director at the ACLU, responsible for the organization’s work on race, voting, disability and immigration. Before that, from 1995 until 2010, he was Director of the ACLU’s national LGBT Project. In that position he was one of the lead attorneys on Evans v. Romer, which resulted in a landmark Supreme Court decision striking down Colorado’s amendment 2, which banned gay rights laws. He argued cases challenging the military’s so called Don’t Ask, Don’t Tell policy, bans on LGBT student groups, and Florida’s law banning adoption by gay people. And under his guidance, the ACLU won a crucial victory for a transgender former special forces colonel denied a job by the library of Congress.

Coles was the primary drafter of Winning Marriage, the LGBT movement’s 2005 strategic plan for winning the fight for marriage for same-sex couples. He spearheaded development of the ACLU’s “integrated approach” to public interest litigation, which calls for structuring and litigating cases in a way that will win the battle for public opinion as well as change through courts and legislatures.

Coles was a staff lawyer at the ACLU of Northern California from 1987 to 1995 where he handled cases on freedom of speech, the death penalty, jail and prison conditions, and treatment of health care workers and inmates with HIV. He was one of the lawyers who set up the case which successfully challenged the use of the gas chamber in California. Coles also helped defeat three statewide ballot initiatives aimed at quarantining people with HIV in the 80s, and three city wide initiatives aimed at getting rid of the city's domestic partnership law in 1989 and the early 90s.

After graduating from Hastings in 1977, Coles taught Constitutional law here for one year as a teaching fellow. While in private practice, he wrote San Francisco’s law against LGBT discrimination for Harvey Milk, and its law protecting people with HIV. He also wrote the nation’s first domestic partnership laws (in San Francisco and Berkeley). He handled cases on race, sex and sexual orientation discrimination against defendants as varied as Hilton Hotels, the I.R.S. and the City of San Francisco. 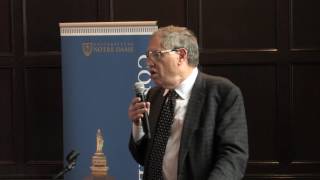 “This is pretty nakedly a broken promise,” Matthew Coles, a constitutional law professor at UC Hastings in San Francisco and former deputy national legal director of the American Civil Liberties Union, said of Trump’s latest actions. “There’s no way you can interpret either one of these moves as protecting the LGBT community, which he said he was going to do.”...

Milo Yiannopoulos’ speech unwelcome in Berkeley, but protected by Constitution

Matthew Coles, a constitutional law professor at UC Hastings in San Francisco, said speech can be forbidden only when it involves “personally directed threats and intimidation.”

Urging supporters at a rally to assault others immediately, or burning a cross on someone’s lawn are the types of expression that can justify exclusion as well as criminal prosecution, Coles said.

But “it’s not just getting up and saying generally hateful things,” Coles said. And if protesters create a security risk, he said, government institutions like UC and the police must try to halt the threat before taking steps to remove the speaker...

Equal Protection and the Anti-Civil-Rights Initiatives: Protecting the Ability of Lesbians and Gay Men to Bargain in the Pluralist Bazaar Ohio State Law Journal