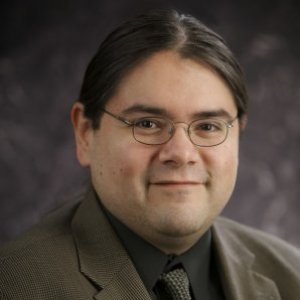 Fletcher is the Reporter for the American Law Institute’s Restatement of the Law of American Indians. He recently published a hornbook, Federal Indian Law (West Academic Publishing 2016). Fletcher co-authored the sixth and seventh editions of Cases and Materials on Federal Indian Law (West Publishing 2011 and 2017). He co-edited The Indian Civil Rights Act at Forty with Kristen A. Carpenter and Angela R. Riley (UCLA American Indian Studies Press 2012), and Facing the Future: The Indian Child Welfare Act at 30 with Wenona T. Singel and Kathryn E. Fort (Michigan State University Press 2009). Professor Fletcher’s scholarship has been cited twice by the United States Supreme Court; in more than a dozen federal, state, and tribal courts; in dozens of federal, state, and tribal court briefs; and in hundreds of law review articles and other secondary legal authorities. Fletcher is the primary editor and author of the leading law blog on American Indian law and policy, Turtle Talk.

Sen. Steve Daines (R-Mont.) slammed President Joe Biden's historic pick to lead the Interior Department, Rep. Deb Haaland (D-N.M.), as a “radical” on Friday and signaled he would not only vote against her confirmation but would attempt to block her nomination from advancing. Montana's junior senator announced his opposition after a conversation with Haaland, who would be the first Native American to serve as the top steward of America's public lands and waters. Matthew Fletcher, director of the Indigenous Law and Policy Center at Michigan State University and a member of the Grand Traverse Band of Ottawa and Chippewa Indians, told The Intercept at the time that Pendley's writings were “overt racism” and “just a crazy, crazy racist perception of what Indian people are and what tribes are.”

This kind of information-sharing can be rare among state officials and tribes, who are legally entitled to govern themselves. "The knee-jerk reaction is, 'Tribes aren't governments, so we don't have to talk to them,'" says Matthew L.M. Fletcher, a law professor and director of the Indigenous Law & Policy Center at Michigan State University. "Bureaucrats rely on that reaction pretty regularly. They won't talk to the tribes on all sorts of things. That is true nationwide." In some instances, the relationship between tribes and states can be downright tense. In May, Fletcher notes, South Dakota Gov. Kristi Noem, a Republican, threatened legal action against two tribes that put up checkpoints on highways running through the reservation in an attempt to stop the coronavirus' spread.

Factbound and Splitless: The Certiorari Process as a Barrier to Justice for Indian Tribes

2009 The Supreme Court's certiorari process is a barrier to justice for parties like Indian tribes and individual Indians. Statistically, there is a near zero chance the Supreme Court will grant a certiorari petition filed by tribal interests. At the same time, the Court grants certiorari in more than a quarter of petitions filed by the traditional opponents to tribal sovereignty, states. Why? The Supreme Court has long maintained that the certiorari process is a neutral and objective means of eliminating patently frivolous petitions from consideration. This empirical study of preliminary memoranda drafted by the Supreme Court law clerk pool demonstrates the likelihood that the Court's certiorari process is neither objective nor neutral. Cert pool clerks overstate the relative merits and importance of petitions filed by states against tribal interests, while understating the merits and importance of tribal petitions. In this study of more than 162 certiorari petitions filed between 1986 and 1994, a majority of petitions brought by state and local governments received favorable treatment from the cert pool while recommending denial in all but a single tribal petition, often labeling them "factbound" and "splitless." The impact of this weighted review of cert petitions is that a disproportionate number of state government petitions are granted while very few tribal petitions are granted.

2008 This year, while accepting the "Rule of Law" award from the American Bar Association, Justice Breyer proclaimed that our constitutional system "floats on a sea of public acceptance." At that time, Breyer's statements were meant to highlight his expectation that the Court will decide its cases following the "rule of law." However, Breyer's statement, while demonstrative of his faith in the rule of law, does not always ring true. In fact, as I argue, the Supreme Court often decides its cases by ignoring, rather than following, the rule of law. This problem is particularly acute in the body of federal Indian law - which has cast a disastrous shadow on tribal interests. Tribes have lost about three-quarters of their cases before the Supreme Court since 1988. Yet, curiously, prior to 1988, tribal interests won slightly more than half of their cases. What changed? In this Article, I attempt to answer this question. I will show that the Court identifies important, unrelated constitutional concerns that arise often in Indian law cases - issues with which they and their clerks are familiar - and then decides those matters. Only afterward, and mostly as an afterthought, does the Court then turn to the federal Indian law questions. The Court's federal Indian law analysis takes a secondary and often inferior role. The result of this obfuscation is an unrelenting assault on tribal interests before the Court - and the rule of law more generally. In this Article, I offer the first in-depth empirical assessment of the Supreme Court's recent Indian law decisions and argue in favor of a sweeping change in the means of analyzing Indian law. Instead of focusing on the Indian law questions, this Article shows how major Indian law cases were decided on other grounds to significant tribal disadvantage. Analyzing federal Indian law in this manner makes transparent the Court's frightening disrespect for the rule of law.