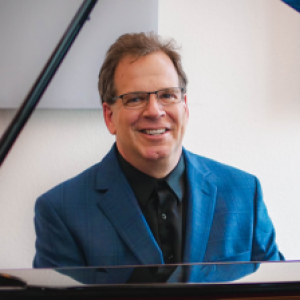 Matt Harris graduated with a BM from the University of Miami and a MM from the Eastman School of Music. He moved to Los Angeles after touring, writing, and recording with jazz legends Maynard Ferguson and Buddy Rich. Matt currently teaches combos and private lessons at California State University Northridge and Loyola Marymount University in Los Angeles.

Matt is an active clinician, conductor and composer for high schools, colleges, and professional bands around the world. He has conducted the Nevada, Oklahoma, Arizona, South Dakota, Minnesota and Texas All State bands. He has been commissioned to write music from bands spanning the globe, including Denmark, Germany, The Netherlands, New Zealand, Japan, China, Turkey, as well as numerous high schools and universities in the United States. Matt has been a guest clinician for over 30 years with topics ranging from improvisation, rhythm section, piano, arranging, composition, business of music, and creative aspects of playing jazz.

Matt has six CD’s of original music. Matt has written for the Hollywood Bowl Orchestra, Metropole Orchestra (Netherlands), Airmen of Note, Air Force Falconaires, Kluvers Big Band (Denmark), as well as high school and college bands throughout the country. He has also arranged, orchestrated, and/or performed on numerous national jingles, recordings, and live performances including Taco Bell, Home Depot, Jack in the Box, Ford, Schwab, Mariott, and many more.

As the Musical Director of the Buddy Rich Band, Matt has arranged many of the band’s charts. Recently, Matt enjoyed playing with the band at Ronnie Scott’s jazz club in London. A forthcoming CD of a 1986 recording at Ronnie Scott’s (Buddy Rich’s last recording) will be featuring many of Matt’s compositions and arrangements.