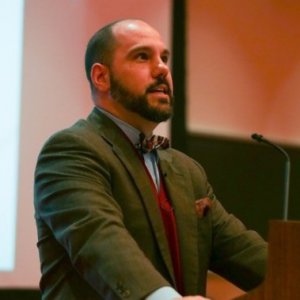 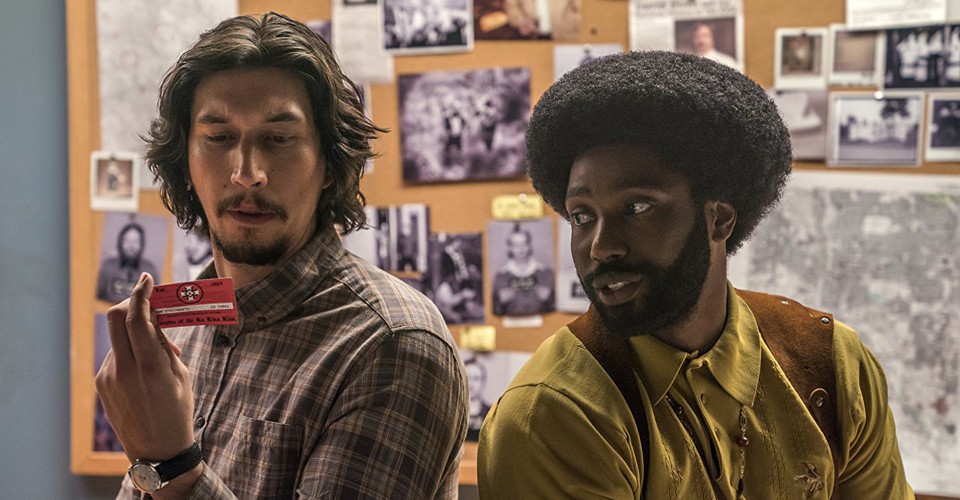 Professor Hughey is a tenured Associate Professor in the Department of Sociology at the University of Connecticut and Affiliate Faculty in (1) the Graduate Certificate and Masters in Race, Ethnicity, & Politics; (2)
Institute for Collaboration on Health, Intervention, & Policy; (3) American Studies Program, and; (4) Africana Studies Institute

Professor Hughey is also an Affiliate Member and Partner in the Culture, Politics, and Global Justice at the University of Cambridge (Cambridge, England); a Research Associate in Critical Studies in Higher Education Transformation at the Nelson Mandela University (Port Elizabeth, South Africa), and an International Collaborator in the Research Group on Gender, Identity, and Diversity with the University of Barcelona (Barcelona, Spain).

Professor Hughey has also served as a Visiting Scholar, Fellow, and/or Professor at: Technische Universität Dortmund (Dortmund, Germany), the University of Kent Law School (Canterbury, England), Department of Sociology at Trinity College (Dublin, Ireland), the Institute of Advanced Study at Warwick University (Coventry, England), Center for the Study of Ethnicity and Race at Columbia University (New York, USA), and the University of the Free State (Bloemfontein, South Africa). In 2020 he will serve as a J. William Fulbright Scholar Fellow. 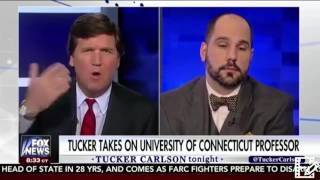 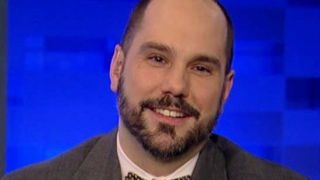 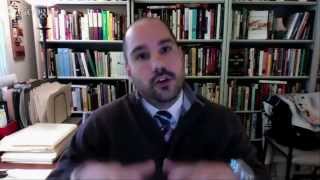 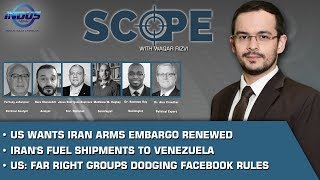 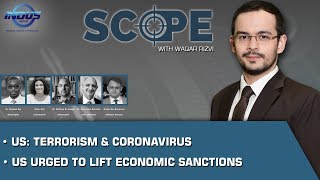 The Deeply Pessimistic Intellectual Roots of Black Lives Matter, the '1619 Project' and Much Else in Woke America

Critical race theory doesn’t put much stock in this sort of progress. Matthew Hughey, a University of Connecticut Professor of Sociology who has written extensively on race, said changing attitudes among whites are indeed real and opening a yawning gap between thought and practice that scholars call the “principle-policy gap” – a discrepancy a layperson might understand as hypocrisy. "If you talk to a lot of white people today, the thing white people are most afraid of is being called a racist,” said Hughey, who is white. “They are not afraid of living in a segregated neighborhood, sending their child to a segregated school, or doing the thing that exacerbates racism, but being called the thing.”

Kennedy has said he was previously unaware of the group's history. But his former membership remains problematic, said Matthew Hughey, a sociologist at the University of Connecticut who has studied fraternities. "For someone to join KA means, to me, you don't have a lot of Black friends," Hughey said. "Because if you had a lot of Black friends, if you had a lot of friends of color, someone would say, 'Hey, man, do you know about that organization?' "

‘Frats Are Being Frats’: Greek Life Is Stoking the Virus on Some Campuses

But fraternities and sororities have been especially challenging for universities to regulate. Though they dominate social life on many campuses, their houses are often not owned or governed by the universities, and have frequently been the site of excessive drinking, sexual assault and hazing. That same lack of oversight, some experts say, extends to controlling the virus. Even on campuses that are offering online instruction only, people are still living in some sorority and fraternity houses. “Fraternity and sorority homes have long functioned as a kind of ‘no-fly zone’ for university administrations,” said Matthew W. Hughey, a professor of sociology at the University of Connecticut who has studied Greek life and social inequality on campuses. “The structure that’s already been set up makes them harder to control when it comes to the transmission of disease.”

That racial fatalism and reparations should inform the 1619 Project comes as no surprise to scholars who have studied race in America and responses to racism. “This is called Afro-pessimism,” said Matthew Hughey, an associate professor of sociology at the University of Connecticut who is also an adjunct faculty member of the Africana Studies Institute and in the Race, Ethnicity and Politics program. “There is a whole branch of thought that … racism is fundamental to the economic and political structure of the United States.”

Harriet, the biopic of Harriet Tubman is almost a superhero tale. Even her fainting spells — epileptic seizures, in reality — are depicted as a way for her to communicate with God.

MATTHEW HUGHEY: We have the American higher educational system, which was designed to educate white, male, propertied, elite students. As more and more students started to come into university, and university started to become a little less elite, Greek letter organizations were formed. And they were formed as a way for those very elite, propertied, white, male students to create even more exclusionary spaces within college and university life. So they became vehicles, in a way, for the reproduction of inequality. It was very much working in elite interest. That's what it was designed to do. That's how it functioned.

How Poverty Affects the Brain

Without context, poverty-brain research could fuel misguided beliefs involving racial disparities in intelligence or the inherent inferiority of the poor. It could also be used to justify racism. “We run the risk of these findings becoming fodder for a nouveau eugenics movement,” says Matthew Hughey, associate professor of sociology at the University of Connecticut. “The easily dispensed adage that ‘the poor’s brains are different’ is an all-too-easy, scary and simply wrong-headed approach.”

Can you make a non-racist Tarzan movie?

“Tarzan is a time machine,” said Matthew Hughey, a sociologist and author of the book “The White Savior Film.” “He transports these 19th century views into the 20th and 21st centuries. He reassures audiences that down deep there is a natural order to things. In the age of the Black Lives Matter movement and Brexit, that’s a pretty powerful story and it’s retold over and over.”

Our Cinematic Addiction to White Saviors

Hollywood is quite adept at recasting historical relations into nouveau racial dramas in which a white character can cross the color-line in solidarity with their darker brethren while simultaneously emerging as the sole mechanism for black agency and racial justice.

Matthew Hughey, a sociology professor at the University of Connecticut and member of the fraternity Phi Beta Sigma, believes that's where some fraternities have gotten it wrong. "What I've found in my research is if you hardly go through any type of pledge process at all, you're less likely to stay active years down the line and less likely to do service activity," Hughey said by phone. "If you go through a whole lot, anything that's violent or abusive, you're also less likely" to remain active in the organization after graduation.

The University of Oklahoma Video, and the Problem Fraternities Can’t Fix Themselves

WHAT should we do about fraternities? That’s a question not only for the University of Oklahoma, where two fraternity members were recently expelled after they appeared in a video singing a violently racist song.

Boston's racial history _ including fights over segregated housing, schools and politics _ has spilled into sports as some working class residents experience a "white crisis," said University of Connecticut sociologist Matthew Hughey. "They can't live up to the levels of superiority they're told they're supposed to naturally have, so they turn to symbolic things or people to build a sense of identity and to take out a sense of frustration," Hughey said. "Sports can be that sense of identity."

Debating Du Bois’s Darkwater: from hymn of hate to pathos and power

2020 The initial 1920 publication of W. E. B. Du Bois’s Darkwater: Voices from Within the Veil sold over 15,000 copies. Its initial 1969 reissue, and subsequent reprints, have since garnered even more sales and thousands of citations. Darkwater is now considered a classic. The centenary of the publication (1920–2020) provides an opportune moment to reflect on the book’s significance and disparate interpretations.

2020 Published in 1920, W. E. B. Du Bois’s Darkwater: Voices from Within the Veil contains a provocative chapter entitled “The Souls of White Folk.” The chapter is a tour de force of the relationship of whiteness to the “darker world.” While explicitly addressing colonial imperialism, the first world war, and white supremacy, a close reading of the chapter reveals Du Bois’s implicit dissection of the meanings and makings of “whiteness.”

“With Whom no White Scholar can Compare”: Academic Interpretations of the Relationship between W.E.B. Du Bois and Max Weber

2018 Max Weber (1864–1920) is considered one of the canonical founders of sociology, while W. E. B. Du Bois (1868–1963), author of The Philadelphia Negro (1899), The Souls of Black Folk (1903), and Black Reconstruction (1935), has only recently been included in the sociological canon. We provide a historical review of what we know of their relationship in order to first ask, what did Du Bois say about Weber, and second, what did Weber say about Du Bois?

Whither Whiteness? The Racial Logics of the Kerner Report and Modern White Space

Journal of the Social Sciences

2016 The Kerner report was, and is, unrelenting in its appraisal of the deleterious effects of racial inequality but opaque as to how whites functioned in that regime. Fifty years later, and in a moment of renewed urban unrest and rioting, whites continue to benefit from racial inequality within key social structures: education, employment, housing, and policing.

2015 The relationship between police violence and race is one fraught with both specific historical and contemporary tensions (i.e., white police profiling, beating, and murder of people of color) and with ambiguity (e.g., what is meant by “race” and how do we operationalize and measure “violence” at the hands of law enforcement?). Defining the concept of “race” as a multidimensional process of oppression and justification for social inequality can shed light on why and how police violence often descends upon black and Latino populations as well as why such brutality and state surveillance is supported by many whites yesterday and today. In this article I analyze the relationships between police violence and race as an ongoing feedback loop: “race” produces violence and inequality while violence and inequality (re)forms “race.”

2015 In a day when many are fatigued with discourse on racism, discrimination, and inequality but others face a socially and politically trenchant White backlash against the gains of the civil rights movement, race scholars are faced with the complex scenario in which they must simultaneously articulate (1) what, when, and where racism operates to exercise both deleterious and advantageous effects on differently racialized actors and (2) exactly why and how racism (especially its “color-blind” variant) functions toward the reproduction of the racialized social system. While scholarship on the former is well rehearsed, we see this special issue as a clarion call for new scholarship to interrogate the precise mechanisms by which color-blind racism and the racialized social system operate...

2014 From the ‘Reagan Revolution’ to the election of Obama in the USA; from the populism of Enoch Powell and Thatcher to the rise of the British National Party in the UK; and from the backlash against multiculturalism in both Australia and Canada, westernized nations with colonial histories and unequal relations between a powerful white class and a subjugated non-white class now witness a strikingly adamant discourse and movement: growing numbers of white people claim that they are racially oppressed and seek redress against policies, laws and practices that they believe discriminate against them. I critically examine the white backlash in the ‘post-racial’ era (1960s – present) of the USA by reviewing the extant scholarship on the white backlash, by highlighting landmark legal cases and media spectacles that represent claims of white racial victimization, and by arguing that white victimization discourse is an integral mechanism in the formation of contemporary white racial identity...