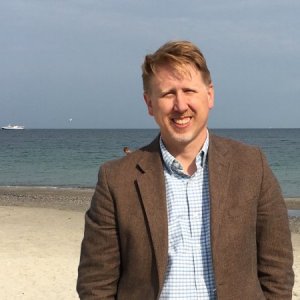 
Matthew Pauly is an expert on the history Russia & Eastern Europe.

Matthew Pauly holds interests in the histories of nationalism and national identity, childhood and youth, education, and human rights. At Michigan State, he is a core faculty member of the Center for European, Russian, and Eurasian Studies and Peace and Justice Studies. He is an affiliate faculty member of the Jewish Studies Program, and a co-leader of the Childhood and Youth Studies Working Group.

Pauly is currently engaged on a book project entitled, “City of Children: Juvenile Poverty, Crime, and Salvation in Odessa, 1881–1940.” The book investigates the impulse of Odessa’s citizens and tsarist authorities to care for marginalized children at the turn of the twentieth century and the ways in which children’s welfare institutions and programs were simultaneously maintained and transformed under Soviet rule. He is the author of Breaking the Tongue: Language, Education, and Power in Soviet Ukraine (University of Toronto Press: Toronto, 2014) as well as numerous articles, essays, and reviews on early Soviet nationalities policy and the intersection between national identity, education, and childhood in late imperial Russia and the Soviet Union. He is a member of the editorial board of Problemy istoriï Ukraïny (Institute of History of Ukraine, National Academy of Sciences of Ukraine).

Odessa was famously known as а city of promise and crime. From its founding, this major port city on the northern coast of the Black Sea attracted the entrepreneurial as well as the desperate. Stories of beggar children who populated the city’s poorer neighborhoods and infiltrated its opulent center fascinated late nineteenth-century and early twentieth-century educated society in Odessa and beyond. Delinquent, neglected, and abandoned children represented the city’s failures; their existence exposed its corruption and contradictions. Once lost to the street, reformers believed their moral redemption became difficult. Odessa is the subject of multiple recent publications, but no scholarship has focused on the experience of one of its most persistent and emblematic problems. My project will tell the story of attempts to discipline, tend to, and redeem marginalized children through institutional care and thus lend order and coherence to a city of paradox.

2010 This study focuses on the Soviet introduction of local studies to Ukrainian schools during the 1920s. It argues that, through their efforts at pedagogical reform, educational planners sought a fundamental re‐imagining of place. The Ukrainian Commissariat of Education asked teachers and their students to engage the ‘productive’ world surrounding the school and make connections to an understanding of a nationally defined, territorial Ukraine. However, because the commissariat left decisions regarding curricular content to regions and municipalities, many instructors were able to resist this utilitarian notion of space. Local studies was the linchpin in Soviet educational reform for Ukraine, yet the state’s emphasis on decentralised planning created opportunity for ‘flawed’ interpretations of local and, consequently, national meanings.

Tending to the “Native Word”: Teachers and the Soviet Campaign for Ukrainian-Language Schooling, 1923–1930