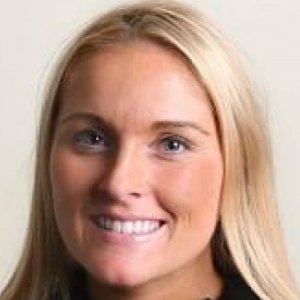 Her most recent publication, entitled “Capital Structure Volatility in Europe,” was published in the International Review of Financial Analysis. Dr. Rogers has provided personal financial advice on Wallethub.com and CBS 2 News.

How to Build Credit Fast- 3 Quick Steps: Ask the Experts

How to Build Credit Fast- 3 Quick Steps: Ask the Experts

Abstract: In this article the integration between the London and New York Stock Exchanges is analyzed during the era when they were still developing as asset markets. The domestic securities on both exchanges showed little sustained integration, even when controlling for the different characteristics of stocks, which implies that the pricing of securities in the US and UK was still being driven by local factors. These results place a limit on the view that the pre-First World War period was the first era of globalization in terms of capital markets. However, there was considerable integration between New York and those listings on London that operated internationally. This suggests that the listing of foreign securities may be one of the primary mechanisms driving asset market integration.

Abstract: Contrary to the predictions of the trade-off theory, we find that many companies in Europe had substantial variation in their capital structures between 2006 and 2016. We show that this pattern occurred across countries. Companies with the most volatile debt ratios tended to be smaller, and were less profitable. Their high debt volatility was partly due to high volatility in operating and investing activities, and partly due to a reduced propensity to let cash balances and equity payouts absorb the fluctuations.

“Disappearing Regional Stock Markets: The UK Experience, 1869-1929” Under review at the Journal of Economic History.

An Economist’s Guide to Economic History

From Complementary to Competitive: The London and UK Provincial Stock Markets Journal of Economic History

From Complementary to Competitive: The London and UK Provincial Stock Markets

The overall aim of this course is to help students develop an understanding and appreciation of Finance as a business discipline - an analytical approach in assessing the financial worthiness of a business entity is stressed. Topics covered include time value of money; financial statement analysis; valuation models; risks and rates of return; calculating beta coefficients; working capital management; capital budgeting; the cost of capital leverage and dividend policy; and financial forecasting.