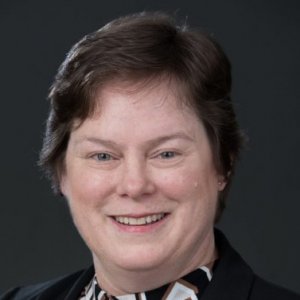 
Prof. Berthold's clinical and research expertise is with refugee and asylum seeking survivors of torture and the Cambodian genocide.

S. Megan Berthold has many years of experience conducting forensic evaluations, providing psychotherapy, and conducting research with diverse torture survivors. She has served as an expert witness in many of their asylum hearings and Co-Chairs the US National Consortium of Torture Treatment Programs' Research and Data Project. Her research with Cambodian genocide survivors in the United States addresses health intervention and behavior change in a population with enormous health disparities and extremely high rates of comorbid posttraumatic stress disorder, depression, diabetes, hypertension, and history of stroke. It has implications for prevention of comorbid complex health problems in newer arriving refugee groups. She collaborates with an interdisciplinary team of researchers and community leaders and organizations to promote increased health and the management of chronic conditions. Team members come from the School of Social Work (Berthold), School of Pharmacy (Buckley), the UConn Health Center (Wagner), Khmer Health Advocates (a Connecticut community based non-profit serving Cambodian Americans for over 30 years and the leading agency of the National Cambodian American Health Initiative), and the Cambodian Diabetes Association (in Siem Reap, Cambodia).

Awarded by the Pennsylvania Immigration Resource Center (PIRC) to the University of Connecticut Immigration Detention Service Project that I co-organized for outstanding pro bono service to immigrants in detention. 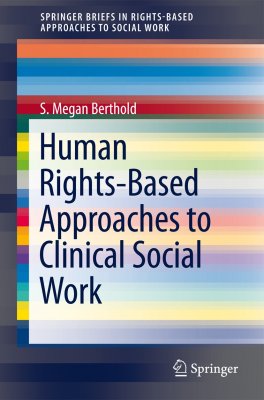 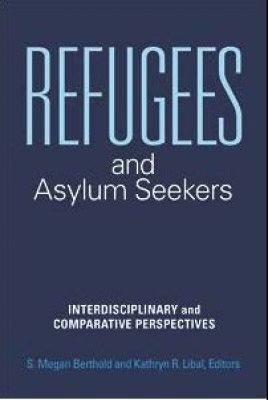 When It Comes To Trauma, Who Helps The Helpers?

We talk with Dr. Megan Berthold, professor of social work at UConn, about the often-unrecognized "secondary" trauma that first responders, journalists, and aid workers, among others, sometimes experience in working closely with victims of trauma...

Fleeing violence, asylum-seekers rely on psychologists to back up their story

“The judge was very interested in certain details of the experience, like exactly how many men raped her, and what color was the wall,” recalled Megan Berthold, who was then a clinical social worker at the Program for Torture Victims in Los Angeles...

“Language is a huge barrier,” said Megan Berthold, a UConn School of Social Work professor who has worked extensively with refugees from Southeast Asia.

A patient might nod and smile or answer yes or no in response to questions, leading the health care provider to think he understands, Berthold said. Some patients bring their children to translate for them, which can make it difficult for a parent talk about feelings of depression and hopelessness, she said. And without trained interpreters, she said, many patients don’t feel safe telling their doctor the full extent of what they’re experiencing, asking questions or weighing in on their treatment in ways that could improve it...

Integrated health care and mHealth: A model of care for refugees with complex health conditions. Social Work in Public Health

Background: The Harvard Trauma Questionnaire (HTQ) was developed 25 years ago as a cross-cultural screening instrument to document trauma exposure, head trauma and trauma-related symptoms in refugees. This article aims to: (i) outline the process of revision of Part IV of the HTQ to (a) include the new DSM-5 diagnostic criteria for PTSD, and (b) separate out and more fully develop the refugee-specific functioning items; and (ii) promote a consistent approach to the validation of the HTQ-5 when adapted for use in other cultures and language groups.

Methods: Our process involved item mapping; expert consultations; generating items according to the new DSM-5 criteria; and drafting, refinement and finalization of the revised measure focusing closely on issues of meaning, future translation into multiple languages and comprehension amongst groups with low literacy and little or no exposure to Western trauma concepts. Validity and reliability testing of the new HTQ-5 is underway.

Results: The HTQ symptom checklist was modified consistent with current DSM-5 diagnostic criteria to identify those refugees at risk for mental health and other symptoms associated with traumatic life events, disability and dysfunction.

Conclusions: Accurate screening of post-traumatic distress and dysfunction enables those working with refugees to triage them more effectively to scarce health and mental health resources. When developing screening measures to inform public health policy and practice, it is vital that these measures can bridge the gap between western (etic) nosologies and indigenous (emic) understandings of traumatic stress.

Social workers, government, and non-governmental organizations in the United States have been inadequately prepared to address the impact of trauma faced by refugees fleeing persecution. Compounding their initial trauma experiences, refugees often undergo further traumatic migration experiences and challenges after resettlement that can have long-lasting effects on their health and mental health.

During a particularly contentious asylum proceeding in 2005 over which a United States Immigration Judge presided, the Ethiopian litigant was asked by government counsel in what year she allegedly had been detained and tortured by her country’s security police.“Nineteen-ninety five,” she replied. The government’s counsel went positively apoplectic.“Your Honor,” he declared,“she’s lying! Lying like a rug. On her written asylum application, she wrote that she had been arrested and beaten in December 2002!” The date-based discrepancy constituted a potentially material inconsistency that threatened to torpedo the litigant’s chances of obtaining asylum relief.

Context: Little is known about the long-term mental health of trauma-exposed refugees years after permanent resettlement in host countries.

Objective: To assess the prevalence, comorbidity, and correlates of psychiatric disorders in the US Cambodian refugee community.

Design, Setting, and Participants: A cross-sectional, face-to-face interview conducted in Khmer language on a random sample of households from the Cambodian community in Long Beach, Calif, the largest such community in the United States, between October 2003 and February 2005. A total of 586 adults aged 35 to 75 years who lived in Cambodia during the Khmer Rouge reign and immigrated to the United States prior to 1993 were selected. One eligible individual was randomly sampled from each household, with an overall response rate (eligibility screening and interview) of 87% (n = 490).

Conclusion: More than 2 decades have passed since the end of the Cambodian civil war and the subsequent resettlement of refugees in the United States; however, this population continues to have high rates of psychiatric disorders associated with trauma.

Migrant Children’s Rights to Health and Rehabilitation: A Primer for US Social Workers Journal of Human Rights and Social Work

This article addresses the rights of migrant children to rehabilitation, health, and well-being, particularly when held in US detention. We provide contextual background on recent increases in irregular migration of children and youth to the United States from Latin America, highlighting how detention practices in the country violate domestic and international legal standards.

To determine rates of diabetes, hypertension, and hyperlipidemia in Cambodian refugees, and to assess the proportion whose conditions are satisfactorily managed in comparison to the general population. Self-report and laboratory/physical health assessment data obtained from a household probability sample of U.S.-residing Cambodian refugees (N = 331) in 2010–2011 were compared to a probability sample of the adult U.S. population (N = 6,360) from the 2009–2010 National Health and Nutrition Examination Survey.