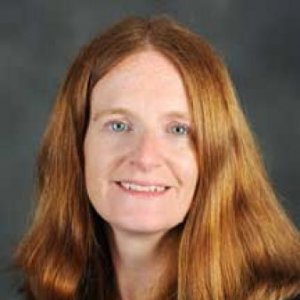 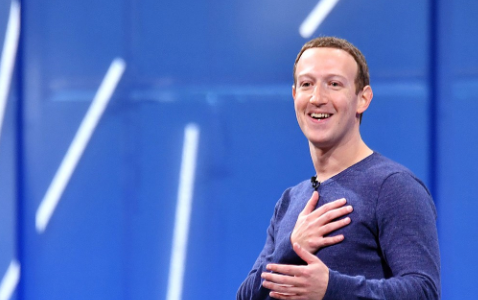 Megan Squire joined Elon's faculty in 2003 after completing her Ph.D. in Computer Science at Nova Southeastern University. At Elon, Dr. Squire teaches courses in database systems, data mining, data science and cybersecurity. Her research centers around the collection and analysis of large amounts of data about how online communities work. In particular, she studies niche online communities, such as extremist groups and open source software projects. How are these groups organizing online? Who are the key players and what do they believe? Which groups are growing and which are shrinking? Why are some online communities more toxic than others? 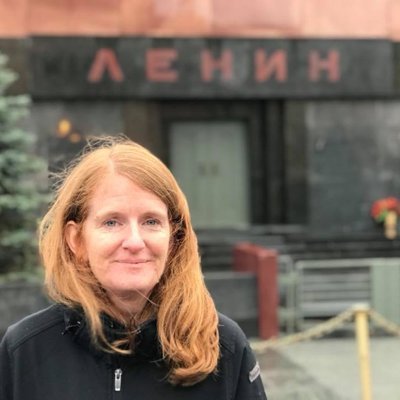 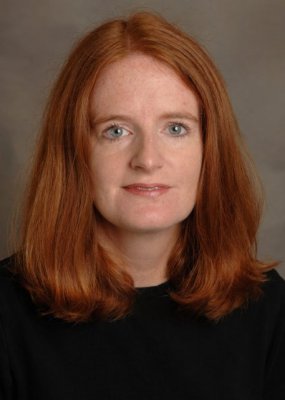 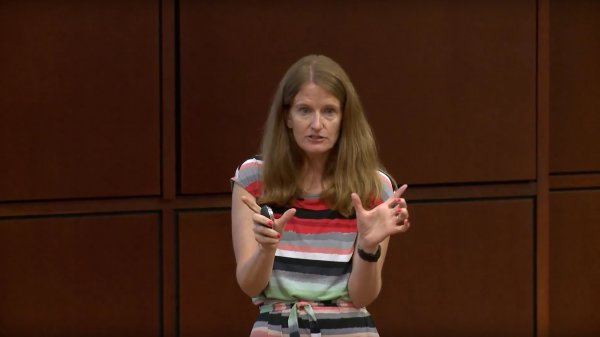 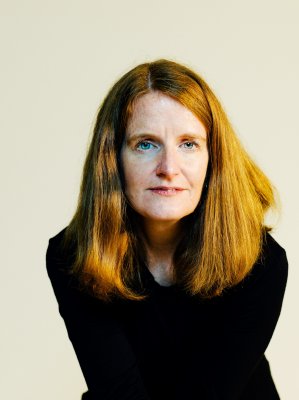 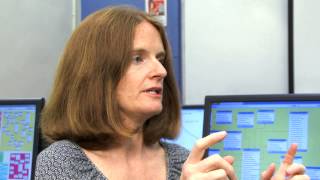 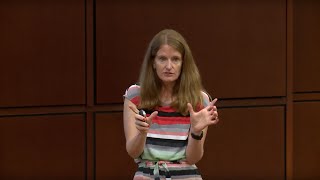 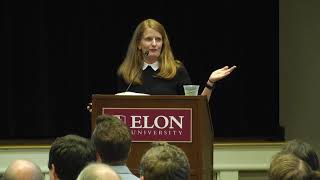 College of William and Mary in Virginia: B.A., Art History and Public Policy 1994

Echoes of an extreme past

In this piece examining the use of technology to spread hate, Megan Squire explains that modern extremists are using more sophisticated content and shifting tactics to stay ahead of efforts to shut them down online.

'So What's His Kill Count?': The Toxic Online World Where Mass Shooters Thrive

A recent report from the Wall Street Journal about how mass shooters are using online platforms to share messages of hate includes insights from Megan Squire, professor of computer science and an expert on online extremism.

In this piece examining the use of artificial intelligence to clamp down on online extremism, Professor Megan Squire expresses her skepticism that the efforts will have a meaningful impact.

A recent report by Voice of America about the response of white nationalists to controversial tweets by President Donald Trump included the insights of Megan Squire, professor of computer science.

A recent episode of the Reveal podcast from The Center for Investigative Reporting and PRX titled "Hate in the homeland" features insights from Megan Squire, professor of computing sciences.

The feds need to up their game against domestic extremists, critics say

A recent NBC News piece focused on the lack on resources being dedicated to tracking the online activities of domestic extremists notes the work of Professor of Computer Science Megan Squire.

A recent segment by Voice of America focused on the use of the VK social media platform in Russia by white nationalists features insights from Professor of Computer Science Megan Squire.

Why the next terror manifesto could be even harder to track

In this piece written for The Conversation, Megan Squire, professor of computer science, offers insight into why it may become harder to fight hate online in the future. The article was published by the Houston Chronicle, the San Francisco Chronicle and other media outlets around the country.

A 26-year-old Seattle man who described himself online as both a member of the far-right Proud Boys group and a believer in the sprawling QAnon conspiracy theory, Buckey Wolfe, is in custody after allegedly stabbing his brother in the head with a sword on Sunday, the Seattle Times reported.

A Prominent White Supremacist Is An EMT In Virginia. Now The State Is Investigating Him.

McNabb, who attended the deadly white supremacist rally in Charlottesville, Virginia, in 2017, has appeared on over 130 episodes of “The Daily Shoah” (“shoah” is a Hebrew word for “calamity” and is used most commonly to refer to the Holocaust), according to research from Megan Squire, a computer science professor at Elon University who studies the far right. Titles of these episodes include “J.E.W.s Always Lie,” “Are You Ready For Some RaceWar?” and “BLACK ALERT! BLACK ALERT!”

After Years of Abusive E-Mails, The Creator of Linux Steps Aside

“Everyone in tech knows about it, but Linus gets a pass,” Megan Squire, a computer-science professor at Elon University, told me, referring to Torvalds’s abusive behavior. “He’s built up this cult of personality, this cult of importance.”

“Anti-Muslim groups are way worse, in every way, than what I would have guessed coming in,” Megan Squire, a researcher who just finished a study on anti-muslim Facebook groups, told Buzzfeed News. She found that the groups were filled with content that violates Facebook’s hate speech policy. Yet the groups, many of which had tens of thousands of members, remained up.

“I’m looking at these and I’m just thinking, if you substituted any other religion, it’s so bad no one would think that this is OK,” Squire told BuzzFeed News. “Why is this still up? What is going on?”

“Preliminary results from my research indicate that – not surprisingly – groups with broadly ‘nativist’ ideologies, including anti-Muslim and anti-immigrant views, have significant membership in common,” Squire said.

THE EMAIL ARRIVED just as Megan Squire was starting to cook Thanksgiving dinner. She was flitting between the kitchen, where some chicken soup was simmering, and her living room office, when she saw the subject line flash on her laptop screen: “LOSer Leak.” Squire recognized the acronym of the League of the South, a neo-­Confederate organization whose leaders have called for a “second secession” and the return of slavery. An anonymous insider had released the names, addresses, emails, passwords, and dues-paying records of more than 4,800 members of the group to a left-wing activist, who in turn forwarded the information to Squire, an expert in data mining and an enemy of far-right extremism.

The Academic Minute, an audio offering from Inside Higher Ed that features professors from top colleges and universities around the country, is featuring the insights of Elon's Megan Squire, professor of computing sciences.

The Future of FLOSS Research

It's Not All Drum Circles and Kumbaya: How Free and Open Source Software Really Works

2007-2010
Principal Investigator
#07-08767 for Collaborative Research: CRI: CRD: Data and Analysis Archive for Research on Free and Open Source Software and its Development

Which Way to the Wheat Field? Women of the Radical Right on Facebook Proceedings of the 52nd Hawaii International Conference on System Sciences

At what rates and in what capacity do women participate in extreme far-right ("radical right") political online communities? Gathering precise demographic details about members of extremist groups in the United States is difficult because of a lack of data. The purpose of this research is to collect and analyze data to help explain radical right participation by gender on social media. We used the public Facebook Graph API to create a large dataset of 700,204 members of 1,870 Facebook groups spanning 10 different far-right ideologies during the time period June 2017 - March 2018, then applied two different gender resolution software packages to infer the gender of all users by name. Results show that users inferred to be women join groups in some ideologies at a greater rate than others, but ideology alone does not determine leadership opportunities for women in these groups. Furthermore, our analysis finds similarities between historical women's organizations such as the 1920s Women's Ku Klux Klan and contemporary online "wheat field" groups designed specifically for women.

Islamophobic attitudes and overt acts of hostility toward Muslims in the United States are increasingly commonplace. The goal of this research is to begin to understand how anti-Muslim political groups use the Facebook social network to build their own online communities, and to investigate crossover with other far-right political ideologies, such as anti-immigrant or white nationalist groups. We used the public Facebook Graph API to create a large dataset of 700,204 members of 1,870 Facebook groups spanning 10 different far-right ideologies during the time period June 2017–March 2018. We then applied social network analysis techniques to discover which groups and ideologies shared members with anti-Muslim groups during this period. Our results show that anti-Muslim groups serve as an “ideological center” for several other categories of far-right extremism.

Studying software repositories and hosting services can provide valuable insights into the behaviors of large groups of software developers and their projects. Traditionally, most analysis of metadata collected from software project hosting services has been conducted by specifying some short window of time, typically just a few years. To date, few - if any - studies have been built from data comprising the entirety of a hosting facility’s lifespan: from its birth to its death, and rebirth in another form. Thus, the first contribution of this paper is to present two data sets that support the historical analysis of over ten years of collected metadata from the now-defunct RubyForge project hosting site, as well as the follow-on successor to RubyForge, the RubyGems package (“gem”) hosting facility. The data sets and samples of usage demonstrated in this paper include: analyses of overall forge growth over time, presentation of data and analyses of project-level characteristics on both forges and their changes over time (for example in licenses, languages, and so on), and demonstration of how to use developer-level metadata (for example counts of new developers and calculation of developer-project density) to assess changes in person-level activity on both sites over time. Finally, because RubyForge was phased out and the gem-hosting portion of it was replaced by RubyGems, all the gems within RubyForge projects were transferred by project owners and by the site owners themselves into the RubyGems hosting facility. Thus, the data sets in this paper represent a unique opportunity to study projects as they moved from one ecosystem to another, and as such we show several methods for locating related projects between the two forges, and for building a cross-forge, longitudinal project history using information from both forges. These data sets and sample analyses in this paper will be relevant to researchers studying long-term software evolution, and distributed, hosted, or collaborative software development environments.

Much communication between developers of free, libre, and open source software (FLOSS) projects happens on email mailing lists. Geographically and temporally dispersed development teams use email as an asynchronous, centralized, persistently stored institutional memory for sharing code samples, discussing bugs, and making decisions. Email is especially important to large, mature projects, such as the Linux kernel, which has thousands of developers and a multi-layered leadership structure.