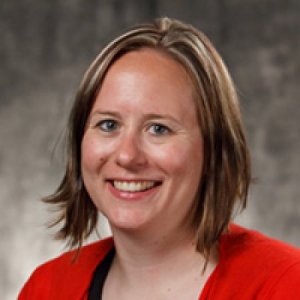 Working with children has always been the dream for Meghann Lloyd, PhD, Assistant Professor in the Faculty of Health Sciences at the University of Ontario Institute of Technology (UOIT), and Research Associate at Grandview Children’s Centre in Oshawa, Ontario. Early on, she realized that children with disabilities needed her more so she became an advocate for enhancing their lives through early intervention.

Dr. Lloyd joined UOIT in 2010 and leads the university’s Motor Behaviour and Physical Activity Lab, inspiring and mentoring her students to develop new strategies for improving the quality of life for children with disabilities, their families, and organizations that service their needs. Largely community based, Dr. Lloyd's hands-on research targets the development of interventions for children with disabilities to promote fundamental motor skills which have a positive impact on other areas of their lives. She is the recipient of the prestigious International Federation of Adapted Physical Activity 2015 Young Researcher Award.

Dr. Lloyd completed her Bachelor of Kinesiology (Honours) at Acadia University, School of Recreation Management and Kinesiology in 2001. During her undergraduate studies she was involved with the SMILE Program, working one-on-one with children with disabilities. Paired with a young boy with autism spectrum disorder, her experience solidified her path toward making a difference in the lives of children with disabilities. In 2003, she graduated with a Master of Arts from McGill University’s Department of Kinesiology and Physical Education, and in 2008, she obtained her Doctorate from the University of Michigan, Division of Kinesiology and pursued a Post-Doctoral Fellowship at U-M’s Centre for Motor Behavior and Pediatric Disabilities.

That same year, she began her career as a junior research scientist in the Children’s Hospital of Eastern Ontario Research Institute’s Healthy Active Living and Obesity Research Group, and still serves as an adjunct investigator with the Hospital. In 2008, she also joined the University of Ottawa as an assistant professor in the Faculty of Medicine, Department of Pediatrics, and in 2009, she was appointed adjunct professor in the university’s Faculty of Health Sciences, School of Human Kinetics (non-tenure track).

A revered expert in her field, Dr. Lloyd’s research has been published in the international journals Autism and Research in Developmental Disabilities.

Obesity in Children With Disabilities

Paediatric Obesity in Children With and Without Disabilities

During her time at UOIT, Dr. Lloyd has received numerous government research awards from the Canadian Institutes of Health Research, and the Canadian Centre for Disability Studies, to advance early intervention for children with disabilities. An important milestone in her career, Dr. Lloyd’s research demonstrates that children with ASD have motor skill delays.

An independently operated not-for-profit organization, Grandview Children’s Centre is the only children's treatment centre in Durham Region providing specialized programs, outpatient clinical treatment, and support to thousands of children and youth with special needs and their families. Since 2011, Dr. Lloyd has worked as a research associate on studies to provide positive interventions for children with disabilities; and served on the Research and Evaluation Committee since 2012.

Elected in July 2013 as the North American Representative, Dr. Lloyd is a Board Member of IFAPA, a cross-disciplinary professional organization of individuals, institutions, and agencies supporting and promoting adapted physical activity, disability sport, and all aspects of sport, movement, and exercise science for individuals with disabilities.

Dr. Lloyd received the distinguished IFAPA Young Researcher Award at the 20th International Symposium on Adapted Physical Activity (ISAPA) in Israel. The award recognizes the development of passionate enthusiasm and inspiration in young Adapted Physical Activity professionals around the world. The goal is to encourage, recognize and support young professionals interested in physical activity for people of all abilities.

Evidence of a Health Disparity in Adults with Intellectual Disabilities: BMI Status by World Economy

Health Disparities Research at the Intersection of Race, Ethnicity, and Disability  Washington, DC

BMI of adolescents with intellectual disabilities: A global comparison

International BMI comparison of children and youth with intellectual disabilities

Obesity Trends of Young Special Olympians in the United States

The importance of Fundamental Motor skills: What the research tells us

Linking Physical Activity to Early Intervention in children with Down Syndrome

Fundamental motor skills: Role in the physical activity of preschool age children with and without Down syndrome

Physical activity of preschool age children with and without Down Syndrome