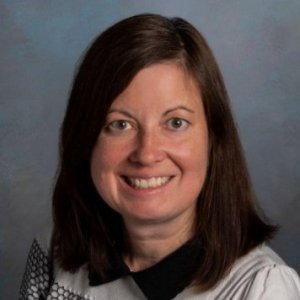 Playing with dirt isn’t just for kids. Melanie Szulczewski can tell you about the effects of acid mine drainage on the sediments and surrounding soils of Contrary Creek in Louisa County, Va.

As an environmental scientist, Dr. Szulczewski believes it is important to see the connections between all the diverse disciplines required to create a sustainable, healthy world. The state and treatment of our soil affects many different environmental problems, including food production, pollution issues, and biodiversity. She believes learning more about the soil will create more knowledgeable citizens no matter what their discipline.

An authoritative source on environmental issues, climate change and solar cooking, she has investigated contaminated and degraded soils in the Cheaspeake Bay watershed, the mid-West, the Everglades and southern Florida, and the Sahel region of Africa. Dr. Szulczewski’s research interests include studying soils and streams contaminated with heavy metals, as well as environments degraded due to excessive nutrients (nitrogen or phosphorus), desertification, and other forms of human interference. With experience in international and local extension work, Dr. Szulczewski also examines the effects of human behavior on the environment, both as a cause and potential solution, through sustainability projects and initiatives.

She received a prestigious Fulbright U.S. Scholar grant in 2015-2016 at the University of Agriculture in Krakow, Poland, where she studied ecosystem restoration on former mining sites with Marcin Pietrzykowski, professor and researcher of forest ecology.

2015 The Fulbright Program is the U.S. government's flagship international exchange program, sponsored by the U.S. Department of State's Bureau of Educational and Cultural Affairs. The scholarship program gives professors the opportunity to conduct research and network with other professors from around the world.

2013 Awarded by the University of Mary Washington in recognition for her interactive ways of engaging students and her innovative teaching methods. Szulczewski spearheaded groundbreaking programs for the Department of Earth and Environmental Sciences, including a global inquiry course, the department’s first fully online course; its first field study course to be offered outside of Virginia and its first international course.

As the hot sun begins to descend in Kedougou, Senegal, women leave their huts for a late afternoon stroll to the village well. The sound of swaying buckets and rushing water is heard as each woman waits her turn for the pump. In a sea of chatty girls, UMW alumna Maura Slocum listens carefully to their enunciations as she works to perfect the native language of Pulaar.

Of course, soils are crucial for growing the food, fiber and fuel that societies use. Szulczewski is an associate professor at the University of Mary Washington in Virginia.

This Quilt Is Covered in Dirt—on Purpose

Melanie Szulczewski, a soil scientist and associate professor of environmental science at the University of Mary Washington, says projects like the soil quilt allow nonfarmers to better visualize the invisible soil activity that is crucial to food production. “An urban citizen doesn’t see how their food slowly grows in the soil over several months, or how easy the soil can be eroded if it is not taken care of,” says Szulczewski. And with half the world's population now living in cities, "fewer and fewer people feel a daily connection to the soil.”

Melanie D. Szulczewski, assistant professor of environmental science in the College of Arts and Sciences, received the UMW Alumni Association Outstanding Young Faculty Member Award, which is presented annually to an exceptional member of the faculty who has served the institution for at least two years but no more than five years.

2017 This work aims to assess the spatial distribution and concentration of sulfur in the topsoil layer and to determine the relationships between sulfur concentration, soil pH, soil electrical conductivity, and plant cover at the reforested site of the former sulfur mine (Southern Poland). Soil samples were collected from 0 to 20 cm (topsoil) from a total of 86 sampling points in a regular square grid with sides of 150 m. Plant cover was assayed in circular plots with an area of 100 m2, divided into a woody plant layer and herbaceous plant layer. Soil properties such as particle size distribution, pH in KCl and H2O, soil electrical conductivity (EC), soil organic carbon (SOC), total nitrogen (NT), and total sulfur (ST) were determined. The degree of soil contamination with sulfur was assessed based on the guidelines of the Institute of Soil Science and Plant Cultivation (IUNG), Poland. The results indicate that remediation and application of lime were not fully effective in spatial variation, because 33 points with sulfur contamination above 500 mg kg−1 were observed. These spots occurred irregularly in the topsoil horizons. This high sulfur concentration in the soil did not result in severe acidification (below 4.5) in all cases, most likely due to neutralization from the application of high doses of flotation lime. High vegetative cover occurred at some points with high soil sulfur concentrations, with two points having S concentration above 40,000 mg kg−1 and tree cover about 60%. Numerous points with high soil EC above 1500 μS cm−1 as well as limited vegetation and high soil sulfur concentrations, however, indicate that the reclamation to forest is still not completely successful.

2012 As described earlier, soil is made up of sand, silt, and clay particles. All parts of the soil serve human needs, but of these three types of particles, clay has probably played the most important role for societies. Most of the materials used in the making of traditional ...

Acid Mine Drainage Effects on Sediments and Surrounding Soils of Country Creek, Virginia

2011 Acid mine drainage (AMD) has greatly affected the 8-km long Contrary Creek, a minor tributary of Lake Anna in Louisa County, Virginia, in the Chesapeake Bay watershed. This area is known for its pyrite (FeS 2), which can be found even today in and along the creek ...

Experiments with Ultraviolet Radiation and the Greenhouse Effect

2010 In this experiment, students use a solar cooker to model the greenhouse effect. Students collect, track, and compare data including insolation, ambient temperature, and water temperature with various instruments such as a pyranometer, thermometers, and temperature probes. They also develop their own experiments (incorporating set up, controls, data collection and presentation) to examine the strength of ultraviolet radiation from the sun with various protective materials using UV-sensitive beads. They must then analyze the data, finding correlations and conclusions, and determine the best way to present the results (tables, graphs, write-up).

One Professor in a Classroom

2006 There have been numerous solar cooking projects in various developing countries in the past few decades. The advantages of solar cooking to poor communities are evident: reduced use of fuelwood; reduced spending on fuels; decreased exposure to smoke, ash, ...

2001 The reduction of Cr (VI) by the thiol-containing compounds cysteine and glutathione and by reduced sulfur in humic substances was monitored with sulfur and chromium X-ray absorption near-edge structure (XANES) spectroscopy in chromium-contaminated soils. ...

1997 Chromium-contaminated soils from three sites in Wisconsin were analyzed for the total concentration of chromium with neutron activation analysis, extractable Cr (VI) with a typical phosphate buffer and exchangeable Cr (VI) with isotope dilution analysis. X-ray ...