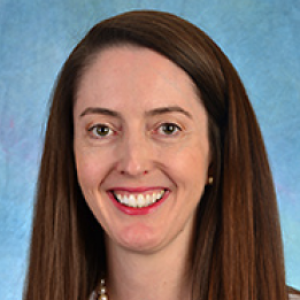 
Dr. Kibbe’s expertise is in open and endovascular surgery and in novel therapies to treat cardiovascular disease 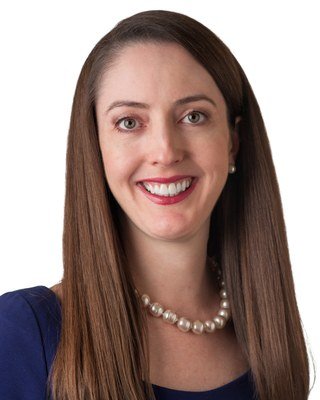 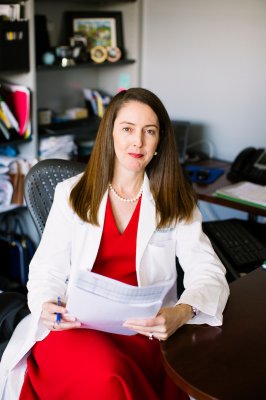 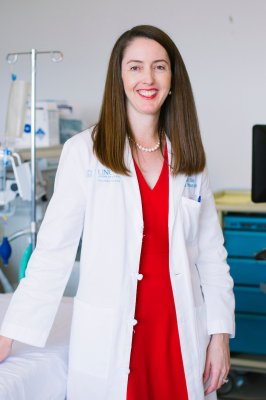 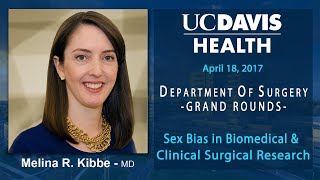 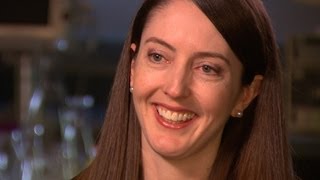 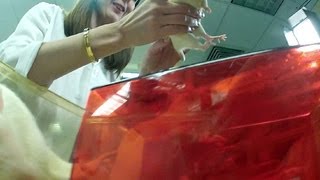 Melina R. Kibbe, MD, is the Colin G. Thomas, Jr. Distinguished Professor and Chair of the Department of Surgery at UNC-CH with a joint appointment in the Department of Biomedical Engineering. She has significant experience with both open and endovascular surgery, including the treatment of carotid stenosis, peripheral vascular disease, and abdominal aortic aneurysms. She is board certified in general and vascular surgery and is RVT and RPVI certified by ARDMS.

Dr. Kibbe’s research interests focus on developing novel therapies for patients with vascular disease while simultaneously studying the mechanism of how these therapies impact the vascular wall. She is currently funded as PI by the NIH, DOD, and the VA, in addition to serving as co-Investigator or consultant on several other NIH awards. Current projects include developing a novel biodegradable drug-eluting liquid cast stent, developing a new methodology to treat atherosclerosis by reducing plaque burden, develop a sustainable drug-eluting vascular graft, and developing highly innovative, targeted therapeutics to prevent restenosis following cardiovascular interventions, regress atherosclerotic plaques, or stop hemorrhage, among others. She has also served as the national PI or site PI of many gene and cell-based clinical trials for patients with critical limb ischemia. She holds 10 patents or provisional patents. Her research was recognized by President Obama with the Presidential Early Career Award for Scientists and Engineers in 2009.

The life of a surgeon-scientist is defined by problems and solutions. For Dr. Melina Kibbe of the University of North Carolina School of Medicine, the quest for equity in research impacts everyone, especially the health and safety of women. As the first female chair of the department of surgery at the UNC School of Medicine in Chapel Hill, Kibbe isn't shy about her path to the top. She said chance encounters helped guide her through her whole life.

"Dr. Gu's work represents an exciting and elegant technological advance in targeted therapeutics for cancer," said Melina Kibbe, MD, professor and chair of the department of surgery at UNC. "By engineering platelets to release PDL1 via microparticles overcomes several challenges currently facing cancer therapeutics. Specifically, Dr. Gu's approach could avoid off-target systemic side effects by allowing for concentrated drug delivery at the site of interest. While much remains to be elucidated with this technology, there is great potential to have a dramatic impact on the care of patients with cancer."

High honors for two UNC professors: Melina Kibbe and Aziz Sancar have just been elected to the National Academy of Medicine. Kibbe and Sancar are two of only 70 inductees this year from across the country. Fewer than 2,000 members have been inducted since the Academy’s founding in 1970. Melina Kibbe is chair of UNC’s Department of Surgery and editor-in-chief of the journal JAMA Surgery; a statement from UNC also describes her as “an advocate for gender equality in biomedical research.”

Few studies of surgery patients enroll similar numbers of men and women despite laws aimed at dissuading sex bias in research, according to a new study. By including too many people of the same sex, studies may lead to findings that are applicable only to men or women, said lead author Dr. Melina Kibbe, who chairs the Department of Surgery at the University of North Carolina at Chapel Hill. In earlier research, Kibbe found that basic science researchers were mostly using male cells and male animals to develop new treatments. "The good news" is that in human research, males and females are being included in similar numbers overall - but the proportions within studies is unequal, Kibbe told Reuters Health.

Feinberg professor featured on ’60 Minutes’ for research on drugs, gender

Feinberg School of Medicine Prof. Dr. Melina Kibbe was featured on “60 Minutes” on Sunday for her research demonstrating the effects of different drug dosages on males and females. Kibbe, a member of the Women’s Health Research Institute and a surgeon at Northwestern Memorial Hospital, was interviewed by “60 Minutes” correspondent Lesley Stahl. “It’s really appalling at how few studies there are that have both sexes,” Kibbe said.